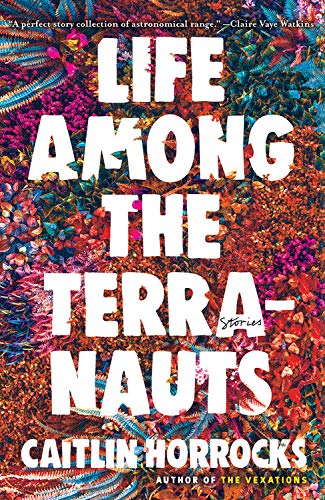 Life Among the Terranauts

Following her “marvelous” (Wall Street Journal) first novel, Caitlin Horrocks returns with a much-anticipated collection of short stories. In her signature, genre-defying style, she explodes our notions of what a story can do and where it can take us.

"Life Among the Terranauts" demonstrates all the inventiveness that won admirers for Horrocks’s first collection. In “The Sleep,” reprinted in "Best American Short Stories," residents of a town in the frigid Midwest decide to hibernate through the bitter winters. In the title story, half a dozen people move into an experimental biodome for a shot at a million dollars, if they can survive two years. And in “Sun City,” published in The New Yorker, a young woman meets her grandmother’s roommate in the wake of her death and attempts to solve the mystery of whether the two women were lovers.

As the Boston Globe noted of her first collection, Horrocks is a master of “wild yet delicately handled satire,” a “sprightly heartbreak” in which she is able to “mingle a note of tenderness in the desolation.” With its startling range — from Norwegian trolls to Peruvian tour guides — "Life Among the Terranauts" once again dazzles readers, cementing Horrocks’s reputation as one of the premier young writers of our time.

Caitlin Horrocks earned a Master of Fine Arts in creative writing at Arizona State University in 2007.

“Elegant glimpses into the lives of lonely people … A writer known for her impeccable craft … Horrocks’ stories feel classic and melancholy, like a concerto in a minor key.”
Kirkus Reviews

“Vigorous and supremely crafted, Horrocks’s second collection explores human frailties, desires, and mechanisms for survival ... Horrocks’s linguistic finesse and narrative range is impressive, and she brings incisive humor, pathos, and wit to her characters and their predicaments. The result is an immersive and engaging work that astutely captures the complexities of the human condition.”