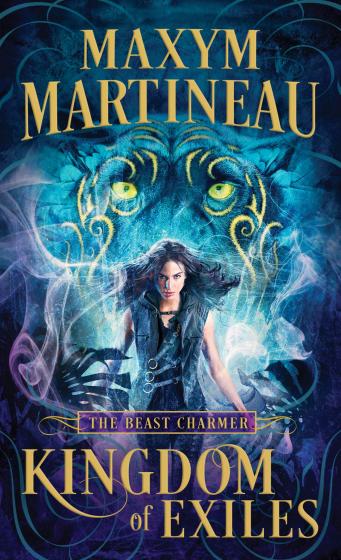 "Assassin's Creed" meets "Fantastic Beasts and Where to Find Them" in this gripping, epic fantasy romance trilogy.

"My heart wasn't part of the deal when I bargained for my life, but assassins so rarely keep their word."

Exiled Charmer Leena Edenfrell is running out of time. Empty pockets forced her to sell her beloved magical beasts — an offense punishable by death — and now there's a price on her head. With the realm's most talented murderer-for-hire nipping at her heels, Leena makes Noc an offer he can't refuse: powerful mythical creatures in exchange for her life.

Plagued by a curse that kills everyone he loves, Noc agrees to Leena's terms in hopes of finding a cure. Never mind that the dark magic binding the assassin's oath will eventually force him to choose between Leena's continued survival … and his own.

Maxym Martineau earned a BA in English at ASU in 2012.

"Martineau’s impressive debut novel, the first of a romantic fantasy trilogy, marries grand-scale wonder with the intimacy of relationships among traveling companions and a layered plot. Martineau’s intricate world-building melds traditional high fantasy with a hint of Victorian sensibility, then elevates it with endearing characters and a deliciously complex story that will leave readers anxiously awaiting the second book."