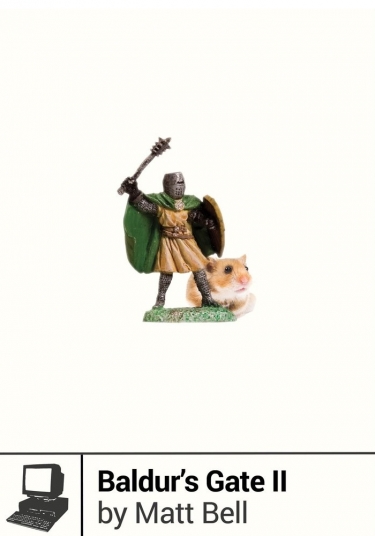 Upon its release in 2000, BioWare's PC role-playing epic "Baldur's Gate II: Shadows of Amn" was hailed as a paragon of its genre and named "RPG of the Year" by IGN, GameSpy and GameSpot. A game like Baldur's Gate II requires not just a master wordsmith but a dungeon master. Enter award-winning novelist Matt Bell, author of four works of fiction and co-author of the Dungeons and Dragons novel "The Last Garrison."

Bell's book explores "Baldur's Gate II's" immersive narrative and complex mechanics, unpacks how RPG systems enable our emotional investment in characters, investigates the game's non-linear story and relates his own struggle to reconcile being a "serious" adult with his love of D&D and video games. Dig in, geek out and go for the eyes, Boo!

Matt Bell is an associate professor of English in creative writing at ASU.

"At once a memoir, a lecture on storycraft, an apology and a love letter to the classic Dungeons and Dragons video game."

"The manner in which Bell writes about these events feels so surprising to me: with straightforward clarity, full of anxious prevarication. This voice is ... disturbingly open and honest. And disturbing in a good way."