If you think this summer was hot, it’s nothing compared to the summer of 1913, when the hottest temperature ever recorded was a searing 134 degrees Fahrenheit in Death Valley, Calif. But while that reading was made 99 years ago, it is only being recognized today by the World Meteorological Organization (WMO) as the most extreme temperature ever recorded.

That’s because an international team of meteorologists recently finished an in-depth investigation of what had been the world-record temperature extreme of 58 degrees Celsius (136.4 F), recorded on Sept. 13, 1922, in El Azizia, Libya. The group found that there were enough questions surrounding the measurement and how it was made that it was probably inaccurate, overturning the record 90 years to the day it was recorded. 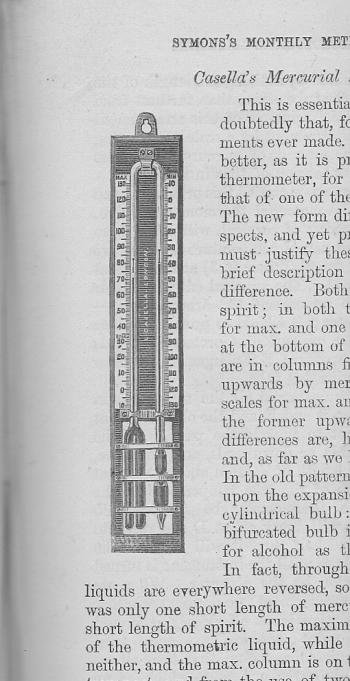 “We found systematic errors in the 1922 reading,” said Randy Cerveny, an ASU President’s Professor in the School of Geographical Sciences and Urban Planning. “This change to the record books required significant sleuthing and a lot of forensic records work,” added Cerveny, who also is the Rapporteur of Climate and Weather Extremes for the WMO, the person responsible for keeping worldwide weather records.

“In the heart of every meteorologist and climatologist beats the soul of a detective,” said Cerveny. In this case the weather detectives had to work around an unfolding revolution in Libya.

Cerveny said the El Azizia temperature had long been thought as dubious. It was recorded in 1922 at what then was an Italian army base.

The international meteorological team – which included experts from Libya, Italy, Spain, Egypt, France, Morocco, Argentina, the United States and the United Kingdom – identified five major concerns with the El Azizia temperature record. They included the use of antiquated instrumentation, a likely inexperienced observer, an observation site which was not representative of the desert surroundings, poor matching of the extreme to other nearby locations and poor matching to subsequent temperatures recorded at the site.

The WMO evaluation committee concluded the most compelling scenario for the 1922 event was that a new and inexperienced observer, not trained in the use of an unsuitable replacement instrument that could be easily misread, improperly recorded the observation. The reading was consequently in error by about 7 degrees Celsius (12.6 F).

The detective work Cerveny describes included finding and examining the original log sheet, which he said was very useful. In reconstructing the events, Cerveny describes a person new to making temperature measurements being asked to make the measurements with a “Six-Bellini thermometer,” which even by 1922 standards was an obsolete piece of technology. By reviewing the logs, it became apparent that the person who recorded the temperature was transposing what he read from the thermometer, consistently scoring the readings in the wrong column of the log.

Other telling forensic information included the general location of where the measurement was made – El Azizia is roughly 35 miles southwest of Tripoli, which is on the Mediterranean coast – and the fact that the record temperature pretty much stood out among all of the other recorded values near the El Azizia location.

“When we compared his observations to surrounding areas and to other measurements made before and after the 1922 reading, they simply didn’t match up,” Cerveny said.

Investigation during a revolution

The investigation was launched in 2010 and soon after the revolution in Libya started to form. The Libyan official on the team (Khalid El Fadli, director of the climate section of the Libyan National Meteorological Center) fell out of contact with the rest of the team for about eight months and the investigation went into a suspended state. Then El Fadli sent word that he was safe (although he and his family left Tripoli for a while to avoid being accidently shot in the turmoil) and he could resume his role in the investigation. But another three weeks passed before El Fadli was heard from again.

“Khalid El Fadli did this at great risk to himself,” Cerveny said. “He was an official of the previous regime, so when the revolution began to turn, his safety was a key concern.”

Fortunately, after the revolution, El Fadli could resume his duties as a lead meteorologist with the new government and the investigation started up again.

Beyond establishing bragging rights, Cerveny said the world record highest temperature does have some important uses.

“This is the highest recorded temperature of where people live, so this type of data can help cities that exist in such environments to design buildings that are best suited for these extremes,” he said. “Knowing the maximum temperatures certain materials must endure leads to better products and designs. That’s why many auto manufactures have test tracks in the hot Mohave desert.

Cerveny added that there also are important basic science implications in this finding.

“This investigation demonstrates that, because of continued improvements in meteorology and climatology, researchers can now reanalyze past weather records in much more detail and with greater precision than ever before,” Cerveny explained. “The end result is an even better set of data for analysis of important global and regional questions involving climate change.” 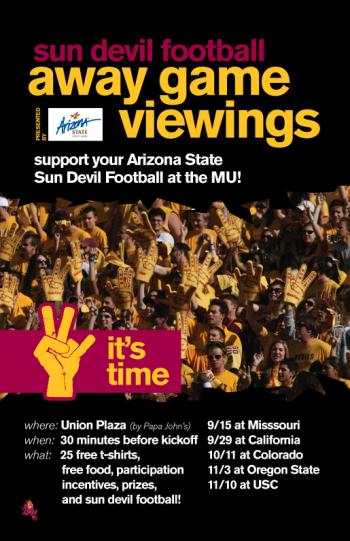 Creating a tradition of Sun Devil spirit isn’t just about showing up at football games. While that is part of it, Sun Devil spirit doesn’t take a weekend off when the team heads to Missouri.

There will be rooms filled with Sun Devil fans, cheering on our glorious football team as they take down these tigers with a few tranquilizers. You know that every sporting event is made better when you’re watching it with other loyal fans cheering along when your team is victorious. In this case, that’s the Devils.

Plus, you can win free stuff and what can be better than that?! Oh wait, I know what’s better. Free food! Because that will be there too, which means you have no reason to stay home.  Depending on which campus you watch the game on, you could win: piggy banks, shirts, fold out chairs, and much more!

Be a good Sun Devil fan. Come to the viewing parties. Enjoy yourself some free food and possibly win a thing or two. Who knows, you could even make a new friend who shares the same passion for Sun Devil athletics as you do. That would be terrible wouldn’t it? Not.