Workshop to explore influence of religion on scientific imagination

Where does the scientific imagination come from? What part does religion play? These and other questions will be the subject of a workshop on “The Transhumanist Imagination: Innovation, Secularization and Eschatology,” which will take place from noon-3:30 p.m., Dec. 13, in West Hall, room 135 on ASU’s Tempe campus.

The workshop will feature presentations by: 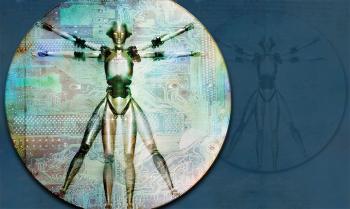 • Nassar Zakariya (NYU) on transhumanism, posthumanism and the theology of the secular

The term "transhumanism" denotes an ideology of extreme progress, suggesting a coherent narrative to account for the accelerated pace of science and technology. As a future-oriented outlook, transhumanism prophesizes scientific and technological advances for the well-being of humanity, enabling humans to live extremely long, intensely happy lives, free of pain and disease.

Transhumanism is more than an idle fantasy of a few techno-optimists; it is an eschatological narrative that draws together a range of religious and secular motifs around an ideology of innovation, intensifying an imagination of the future that foregrounds technology as the source of progress. The transhumanist posture toward innovation reaches well beyond the transhumanist community itself, exerting a powerful influence affecting innovation policies and practices, scientific and cultural views about the transformative powers of technology, as well as our understandings of human flourishing.

The eschatological vision of transhumanism has ethical and political ramifications: it is a radically individualist vision in which freedom is re-imagined as the agency to radically transform – and thereby transcend – the body. This understanding of freedom does not measure the present in terms of improvement over the past, but rather as an incremental progress toward a future in which transcendence is achieved by rendering the body utterly subordinate to the individual, creative will.

By examining the religious underpinning of the ostensibly secular transhumanist imagination, the workshop contributes to a larger discussion about the sources and dynamics of technological innovation in the current moment and the institutions being harnessed toward realizing the future that it imagines.

The workshop is organized by the ASU Center for the Study of Religion and Conflict, a research unit of the College of Liberal Arts and Sciences. The workshop is part of a larger project on The Transhumanist Imagination: Innovation, Secularization and Eschatology that is funded by a grant from The Historical Society’s program in Religion and Innovation in Human Affairs, and sponsored by the John Templeton Association.

For more information or to register, see csrc.asu.edu or email csrc@asu.edu.

A former New York Times senior business correspondent and a former CNN Wall Street correspondent will be the Donald W. Reynolds Visiting Professors in Business Journalism for the spring semester at the Walter Cronkite School of Journalism and Mass Communication at Arizona State University. 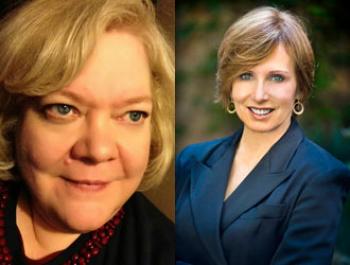 Maynard, a reporter and bureau chief for the Times until 2010, left to become senior editor of a two-year NPR grant project called “Changing Gears.” She recently launched a new crowd-funded journalism venture, “Curbing Cars: Rethinking How We Get Around,” examining why people are driving less and turning to different types of transportation. Curbing Cars is featured on the cover of the current issue of the Columbia Journalism Review. Maynard's e-book on the project's findings will be published in 2014.

“It's never been more important for prospective journalists to understand business,” Maynard said. “I'm excited to bring my expertise in transportation, urban topics and other economic subjects to Arizona State.”

Lisovicz was a correspondent for more than a decade at CNN, interviewing business leaders and providing daily Wall Street coverage. She previously worked as a correspondent for CNBC. She is a former president of the New York Financial Writers Association, and has also been an Asian Pacific Fellow, a Jefferson Fellow in Asia and a Radio Television Digital News Association Fellow in Europe. She received the President’s Medal from her alma mater, William Paterson University.

“The Reynolds Center does invaluable work for students and working pros alike in breaking down today's complex business news,” Lisovicz said.  “I'm thrilled to return to Reynolds and help teach a subject that is critically important and yet still so misunderstood.”

The school has two visiting business journalism professors during the spring 2014 semester because Andrew Leckey, president of the Reynolds Center and the Reynolds Endowed Chair in Business Journalism, will be teaching in Guangzhou, China as a Fulbright scholar at Sun Yat-sen University then.

“Micheline Maynard and Susan Lisovicz have proven their ability to help journalism students better understand the world of money, and we’re delighted the school will benefit from their knowledge during the upcoming spring semester,” Leckey said. “I’ve gotten to know both of them and consider their outstanding professional careers, coupled with proven teaching ability, to be the optimum formula for student success.”

The Donald W. Reynolds Foundation is a national philanthropic organization founded in 1954 by the late media entrepreneur for whom it is named. Headquartered in Las Vegas, it has committed more than $115 million nationwide through its journalism program.