Which foods may cost you more due to Calif. drought

With California experiencing one of its worst droughts on record, grocery shoppers across the country can expect to see a short supply of certain fruits and vegetables in stores, and to pay higher prices for those items. Professor Timothy Richards of the W. P. Carey School of Business at Arizona State University recently completed some research on which crops will likely be most affected and what the price boosts might be.

“You’re probably going to see the biggest produce price increases on avocados, berries, broccoli, grapes, lettuce, melons, peppers, tomatoes and packaged salads,” says Richards, the Morrison Chair at the Morrison School of Agribusiness within the W. P. Carey School. “We can expect to see the biggest percentage jumps in prices for avocados and lettuce – 28 percent and 34 percent, respectively. People are the least price-sensitive when it comes to those items, and they’re more willing to pay what it takes to get them.” 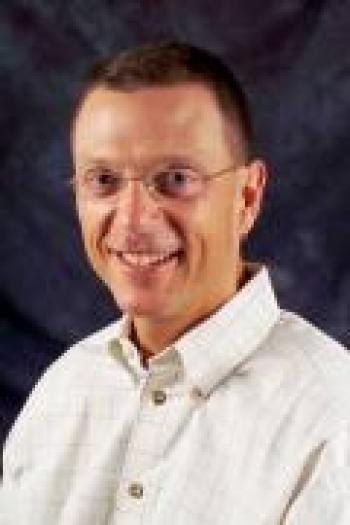 Industry estimates range from a half-million to 1 million acres of agricultural land likely to be affected by the current California drought. Richards believes between 10 and 20 percent of the supply of certain crops could be lost, and California is the biggest national supplier of several of those crops. For avocados, the state is the only major domestic source.

Richards used retail-sales data from the Nielsen Perishables Group, an industry analytics and consulting firm, to estimate price elasticities – how much the prices might vary – for the fruit and vegetable crops most likely to be affected by the drought. Those most vulnerable are the crops that use the most water and simply won’t be grown, or those sensitive to reductions in irrigation.

He estimates the following possible price increases due to the drought:

“We predict the increased prices will change consumer purchasing behavior,” says Sherry Frey, vice president of Nielsen Perishables Group. “We’ve identified certain consumers who will be more heavily affected by the price increases – for example, younger consumers of avocados. In addition, there is a larger department and store impact retailers will need to manage. While some consumers will pay the increased prices, others will substitute or leave the category completely. And, for a category like avocados, there are non-produce snacking categories, such as chips, crackers and ethnic grocery items, that will be negatively impacted.”

Richards adds, “One other thing for shoppers to understand – because prices are going to go up so much, retailers will start looking elsewhere for produce. This means we’ll see a lot more imports from places like Chile and Mexico, which may be an issue for certain grocery customers who want domestic fruit and vegetables.”

Arizona State University's Project Humanities is proud to announce the second annual Funniest ASU Teacher competition. This competition reaches across all four ASU campuses and aims to highlight the importance of humor as an effective pedagogical tool in the classroom. Project Humanities first held this student-led event last year as part of its fall 2013 kickoff, “Humor… Seriously.” Because of the broad interest and success the contest generated, Project Humanities will continue the popular competition.

Last year’s winner, Tara Franks, was awarded the title after being nominated by her students and submitting a video which outlined the ways in which she used humor in the classroom. She says, “I use humor in the classroom because (well, let’s face it) not only do I believe the classroom is a funny place – full of surprises and laughable moments – but because humor is a rich and valuable learning tool that encourages us all to laugh at life’s absurdities, make sense of its paradoxes, and challenge cultural norms and stereotypes. Thanks to Project Humanities’ Funniest ASU Teacher contest, students are given an opportunity to publicly recognize and appreciate teachers that make a lasting impact on student learning through their use of humor in the classroom.”

To view Franks' winning video and see all the finalists from last year, visit http://humanities.asu.edu/funniest-asu-teacher.

Project Humanities is now accepting nominations for the 2014 contest at humanities.asu.edu. No self-nominations will be accepted. Voting will take place online and at the event after finalists are chosen.

The award will be given out at the Sept. 15 event, where Franks, faculty and student in the Hugh Downs School of Human Communication, will emcee.

For more information about the award-winning Project Humanities initiative at ASU, visit humanities.asu.edu or call 480-727-7030.