What can a new form of plague tell us about the disease and its effects on people through time?

Researchers recently announced the discovery of a previously unknown, ancient strain of the plague, which they found in the bones of a Swedish woman who was buried 5,000 years ago. The strain is a cousin to the later forms we know so well, but the common ancestor between them all remains a mystery.

“I’m not sure we have a good sense of how far back [plague] goes,” says Anne Stone, a genetic anthropologist and Regents’ Professor in the School of Human Evolution and Social Change, the Center for Evolution and Medicine, and the Institute of Human Origins. 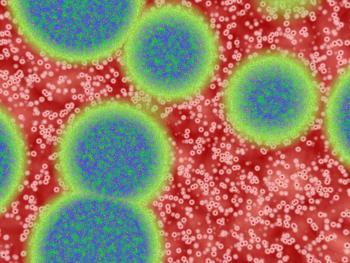 The researchers raise the question of whether this germ is evidence of the world’s first pandemic, though Stone wonders whether the strain had what it takes.