Hermosillo, the capital city of Mexico’s state of Sonora, is the largest city in the state, an important industrial hub, and the site of significant population growth in recent decades. It is also located in the middle of the Sonoran Desert, meaning that water supply is a constant concern. Recently, the state began building a 162-kilometer long aqueduct to bring more water to Hermosillo from the Yaqui River Basin, which also supplies agricultural users in Ciudad Obregon, sparking conflict between industrial water users in Hermosillo and agricultural users in Ciudad Obregon. 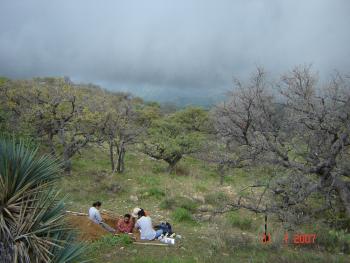 Enrique Vivoni, ASU associate professor, and postdoctoral research associate Agustin Robles-Morua saw this situation as a perfect opportunity to expose students to current debates in water resource management. In the summer of 2012, six ASU undergraduates and four graduate students will join Vivoni and Robles-Morua in Sonora as a part of a month-long Water and Environmental Sustainability Training (WEST) research experience funded by the National Science Foundation’s International Research Experience for Students (IRES) program.

The WEST program consists of two weeks spent in Mexico sandwiched in between two weeks spent at ASU. In the program’s first week at ASU, students will learn about the geography of the region, read and discuss relevant papers, and help prepare instruments and sampling protocols they will use in Mexico.

Students will spend their first week in Mexico traveling between Hermosillo and Ciudad Obregon to meet with government officials and representatives of major water users in both regions and learn about different sides of the complex issue.

Robles-Morua emphasizes that the timing of the project is crucial. “We wanted to start this project at the same time this big infrastructure plan by the government of Sonora was going on so that we could be part of it.”

During its second week in Mexico, the group will travel north to the rural city of Rayón, where Vivoni has been leading an experimental watershed study, in collaboration with the University of Sonora and the Technical Institute of Sonora since 2004. The site has approximately 35 rain gauge and soil moisture stations, as well as two meteorological flux towers, that capture hydrologic data at a very high resolution. Students will learn how to use these instruments, analyze the data they collect, and participate in hydrologic experiments conducted at the sites.

A big part of the program is its collaboration with Mexican universities. ASU students will be working alongside Mexican students and faculty from Hermosillo’s University of Sonora and Ciudad Obregon’s Technical Institute of Sonora, who will be examining the same issues.

Upon their return to Arizona, ASU students will spend a week giving presentations summarizing their experiences.

Along with exposing students to water management issues and hydrologic experiments, WEST will also give ASU students a unique glimpse into the early stages of water infrastructure development and problems associated with water sustainability of desert regions.

“This is an area that’s currently developing its water infrastructure projects, and you don’t really see those projects being built in the US anymore because that occurred so many years ago,” says Robles-Morua. “Most of the projects in the US are now replacing old infrastructure, whereas in Mexico, this is like starting from zero. So this is another new experience they’ll get to see.”

This is the program’s inaugural year at ASU, and the project will extend into the next two summers of 2013 and 2014. Vivoni and Robles-Morua developed the program with their Mexican collaborators, using a similar effort Vivoni had led at the New Mexico Institute of Mining and Technology from 2006 to 2008 as a model.

The selected participants exemplify the multidisciplinary nature of the field of water resource management; students include ecologists, civil engineers, geologists, environmental engineers, and geography majors from a wide range of ASU departments and schools.

“Recently, water resource management has required a multidisciplinary approach to tackle a multidisciplinary problem,” say Robles-Morua. “We followed along on the same lines, having students from different perspectives that would provide us with different inputs during the course of the summer experience.”

A longtime ASU engineering professor has been given a lifetime achievement award by his college alma mater.

The Department of Mechanical and Aerospace Engineering at The Ohio State University gave Davidson its Charles Kettering Lifetime Achievement Award, named in honor of the late famous inventor, engineer and Ohio State graduate. 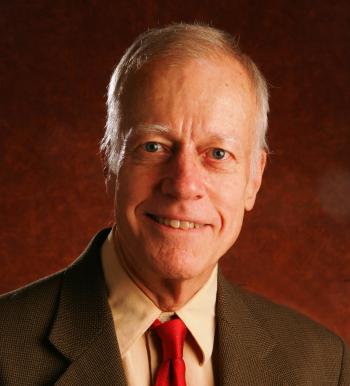 Davidson is an emeritus professor of aerospace and mechanical engineering in the School for Engineering of Matter, Transport and Energy, one of ASU’s Ira A. Fulton Schools of Engineering.

He earned undergraduate and graduate degrees at Ohio State.  When he received his doctorate in 1965, he was one of the youngest students ever to have earned a doctorate in engineering at the university.

Davidson came to ASU in 1973 and has since been teaching mechanical engineering and related subjects, including kinematics, robotics, engineering design and design geometry.

His research focus has been kinematic geometry of mechanisms and robots, geometric tolerances in design and manufacturing, and mechanical design.

“The tolerance topic involves just about everything that has to be manufactured. Examples are circuit boards in electronic equipment, or mechanical assemblies, like engines,” Davidson explains.

“It’s about anything where moving parts have to be manufactured to fit together to produce a sophisticated device, like the components of automobiles, aircraft, ships and trains,” he says.

Davidson has been at the forefront of important advances in his field, says ASU aerospace and mechanical engineering professor Jami Shah, a fellow Ohio State alumnus who nominated Davidson for the award.

Davidson achieved prominence for his expertise in robotics and kinematics – a branch of mechanics involving the geometry of motion.

Shah says Davidson has done pioneering work in mapping workspaces in which robotic technology is employed, and made significant in contributions to screw theory, which involves the algebra and calculus of pairs of vectors – such as forces and moments, and angular and linear velocity – that arise in the kinematics and dynamics of rigid bodies. The textbook on screw theory Davidson co-authored is among the most authoritative on the topic, Shah says.

Davidson is also the principal inventor of T-maps, for which he holds a patent. T-maps provide a revolutionary approach to analyzing geometrical and dimensional variations in manufactured parts and mechanical assemblies.

Shah describes Davidson as “a dedicated teacher and model mentor” who has been helping pave his students’ path to success in both industry and academia.

“He has an uncanny ability to dissect and analyze complex problems to get down to the key issues quickly,” Shah says. “He is a great engineer and one of the smartest people I know."

Shah also points to Davidson’s support of professional engineering organizations and student chapters of engineering societies, and involvement in community service – particularly in support of the National Park Service, the Cave Research Foundation, and The Nature Conservancy.

Davidson officially retired in January but continues to teach part-time. He also serves as an adviser to graduate students and is conducting research with support from the National Science Foundation. This semester he is co-teaching a course with Shah, a fellow Ohio State alumnus.

Over the years, Davidson’s stature has led to collaborations with other major research universities and engineering programs.