The book, published by Edward Elgar Publishing, Ltd., in 2013, was written and edited by Randall S. Abate and Elizabeth Ann Kronk. Abate is an associate professor of law at Florida A&M University College of Law, where he is the director of the Center for International Law and Justice and project director for the Environment, Development and Justice Program. Kronk is an associate professor of law at The University of Kansas School of Law, where she is director of the Tribal Law and Government Center. 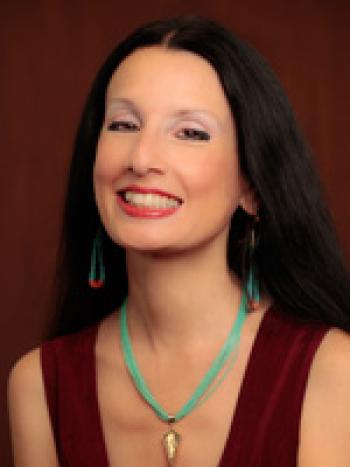 Tsosie’s chapter will be republished as an article in the Tulane Environmental Law Journal.

Tsosie teaches such topics as Indian law, property, bioethics and critical race theory. She also gives seminars on international indigenous rights and teaches in the Sandra Day O'Connor College of Law’s Tribal Policy, Law and Government master's program. She has written and published widely on doctrinal and theoretical issues related to tribal sovereignty, environmental policy and cultural rights, and is the author of many prominent articles dealing with cultural resources and cultural pluralism.

There were six lead changes and two ties in the game.

The 13th-ranked Arizona State University baseball team loaded the bases in the ninth, but ground into a double play to end the rally as they fell, 7-6, in the Territorial Cup game on May 19, at Packard Stadium in Tempe, Ariz.

Seven Sun Devils (34-17-1, 15-12) reached base in the final two innings as ASU loaded the bases in both the eighth and ninth innings, but could not overcome its one-run deficit.

Three Devils walked, including a pair with two outs, to load the bases in the eighth, but left fielder Jake Peevyhouse ground out to first to strand them. Center fielder Kasey Coffmanand third baseman Michael Benjamin each singled to start the ninth and a one-out walk to catcher Max Rossiter loaded the bases for designated hitter Nate Causey, who ground into a double play up the middle to end the game.

Benjamin and Coffman each went 3-for-5 with a pair of RBI, including a two-run homer by Coffman, to lead ASU at the plate. Benjamin extended his hitting streak to nine games and now has 25 multiple-hit games, including a team-high eight with at least three hits.

Left-hander Matt Dunbar (1-1) took his first loss of the season after surrendering the eventual game-winning run in the eighth inning. Dunbar's 32 appearances this season are tied for the 10th most in a single season in ASU history.

The Wildcats (31-21, 12-15) took a one-run lead in the top of the first on a double and RBI single, but the Devils tied the game with an unearned run in the bottom of the second. Causey was hit by a pitch and advanced on a single by right fielder Trever Allen before a throwing error by shortstop Kevin Newman allowed Causey to score from second.

ASU fell behind in top of the third, 2-1, on a sacrifice fly by Wildcats third baseman Brandon Dixon before the Devils scored three runs on four hits in the bottom of the frame to take its first lead of the game, 4-2. Peevyhouse led off the inning with a triple and scored on the next pitch as Coffman drove a two-run homer over the right field fence. The next three batters all reached base, capped off with an RBI single by Rossiter.

A three-run double by UA first baseman Joseph Maggi in the top of the fifth inning pushed the Wildcats ahead by one, 5-4, but again the Sun Devils countered with a two-run double by Benjamin to retake the lead, 6-5.

The Wildcats scored one run in the fifth to tie the game at six and then added one in the eighth on an RBI single by Dixon to score the eventual game-winning run.

Starting right-hander Zak Miller did not factor in the decision as he conceded five runs, including four earned, on six hits in 3 2/3 innings.

Arizona starting left-hander Tyler Crawford (6-2) earned the win after throwing 7 1/3 innings. He gave up six runs, including five earned, on eight hits while striking out five. Left-hander Augey Bill (2) tossed 1 1/3 scoreless frames to record the save.

Up Next:
The Sun Devils close out their regular season home slate with a midweek conference matchup against BYU on Tuesday at 6:30 p.m. ASU then travels to Washington to finish the 2013 regular season with a three-game Pac-12 set Friday-Sunday. First pitch on Friday is at 5 p.m., while Saturday's begins at 4 p.m. and Sunday at 12 p.m. Both Saturday and Sunday's games in Seattle will be televised by the Pac-12 Network, and all four game next week will be broadcast by Tim Healey (@TimHealeyASU) and former Sun Devil baseball star Seth Dhaenens (@sethdhaenens) on the MidFirst Bank Sun Devil IMG Sports Network on NBC Sports Radio AM 1060 and on the All-Access Player at thesundevils.com. Fans can also follow the team on Twitter at @ASU_Baseball for live scoring and updates from the weekend, and check thesundevils.com for stats, notes and more.

Game Notes:
Fans observed a moment of silence prior to the game in honor of police officer Daryl Raetz, firefighter Bradley Harper and public safety officer Tim Huffman...the Sun Devils have registered double-digit hits in16 of the past 19 games and 34 total games this season...right-hander Darin Gillies faced one batter in the eighth...left-hander Adam McCreeryfaced four batters in the fourth and walked three. ..left-hander Brett Lilek induced a groundout to the only batter he faced in the top of the eighth...right-hander Alex Blackford threw a perfect ninth inning.

Season Ticket Renewal:
Season ticket holders can renew and/or pre order postseason tickets by calling their service representative at 480.965.5333 or visiting the Sun Devil Ticket Office at Sun Devil Stadium. The deadline to retain your seats and receive the best possible price is Saturday, June 22. Meeting the renewal deadline will also ensure you receive priority when selecting seats at the new Phoenix Municipal Stadium in 2015.