Experts on topics including marijuana policy reform, U.S.-Mexican relations, criminal prosecution and the neurobiology of drug addiction will debate the proposition “Legalizing marijuana is good for Arizona communities” at 6 p.m., Oct. 21, at Arizona State University’s West campus. The 90-minute Town Hall Debate, in the La Sala Ballroom at 4701 W. Thunderbird Road in Phoenix, is free and open to the public. Visitor parking on campus costs $2 per hour.

Attendees are encouraged to bring their mobile devices; a web application will be used to solicit questions from audience members, who will have the opportunity to submit and vote on questions that they want to be posed to the debaters. 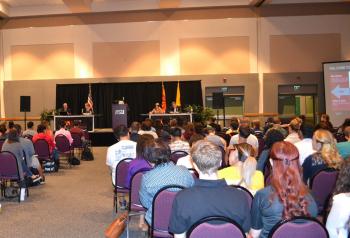 David Shirk and Aaron Smith will argue in favor of the debate’s motion, while M. Foster Olive and Sheila Polk will argue against it. The moderator is Michael Shafer, professor and director of ASU’s Center for Applied Behavioral Health Policy.

“We wish to engage students and the community in an informed discussion of important topics,” said Amit Ron, a political science associate professor in ASU’s New College of Interdisciplinary Arts and Sciences, who chairs the planning committee for the Town Hall Debate, now in its third year. “In doing so, we hope to foster a culture of respectful and informed exchange of opinions on controversial political and social issues.”

Each year a new topic is selected, with the topic for this year’s debate being particularly relevant given the planning now under way for a 2016 ballot initiative in Arizona that would legalize marijuana.

“Our goal in staging the debate is to bring people who have relevant academic or professional expertise to discuss how they weigh the different arguments and to engage each other in a conversation on the topic,” Ron explained. “The purpose of the debate is not to declare a winning side but to educate the audience about the different dimensions of a complex policy issue.”

Shirk is an associate professor in the Department of Political Science at University of San Diego. He conducts research on Mexican politics, U.S.-Mexican relations and law enforcement and security along the U.S.-Mexican border. Shirk is a Global Fellow with the Woodrow Wilson Center in Washington, D.C., and also directs Justice in Mexico, a think tank focused on Mexican security, rule of law and human rights issues. He is former director of the Trans-Border Institute, working to promote international cooperation in the U.S.-Mexico border region.

Smith is co-founder and executive director of the National Cannabis Industry Association, the only national trade association representing legal cannabis businesses in the United States. Prior to launching NCIA, Smith was a public advocate for marijuana policy reform, first under the auspices of a California-based medical cannabis advocacy group, Safe Access Now, and more recently as the California state policy director for the Washington, D.C.-based Marijuana Policy Project. His opinion pieces have appeared in major newspapers, and he has been a frequent commentator on national television news networks.

Olive is an associate professor in the Department of Psychology in ASU’s College of Liberal Arts and Sciences. His research focuses on the neurobiology of drug addiction and alcoholism. The ultimate goals of Olive’s research program are to further understand how drugs “re-wire” the brain to perpetuate continued drug use despite adverse consequences, and to characterize new pharmacological compounds that may potentially be of use as aids in the treatment of drug addiction. In addition to many scientific publications, he has authored several books in a series called “Drugs: the Straight Facts.”

In 2000, Polk became the first woman to be elected to the position of Yavapai County Attorney. She is currently serving her fourth term in that position. In addition to overseeing a staff of 90 employees, a budget of $7 million and active prosecutions, Polk is co-chair and founding member of MATFORCE, the Yavapai County substance abuse coalition, awarded the 2013 Outstanding Coalition of the Year by the Community Anti-Drug Coalitions of America. She is chair of the Arizona Prosecuting Attorneys Advisory Council and past president of the Arizona County Attorneys and Sheriffs Association.

Shafer, who will serve as moderator, holds wide-ranging research interests, including the effectiveness of telemedicine in training substance abuse counselors to the effectiveness of mental health courts and other diversionary programs for persons with co-occurring disorders. His current research interests include the organizational and patient level mechanisms affecting implementation of Medication Assisted Treatment, and the implementation of substance abuse treatment services within correctional and child welfare systems.

“The debate has become a hallmark for the school as it showcases many of the interdisciplinary connections one finds in the fields that comprise the social and behavioral sciences,” Kassing said.

For more information about the Oct. 21 debate, contact Amit Ron at amit.ron@asu.edu.

Beginning Oct. 8, scholars and practitioners from Arizona State University and abroad will convene for a transcontinental conference aimed at reinventing the path to sustainable development.

Beginning Oct. 8, scholars and practitioners from Arizona State University and abroad will convene for a transcontinental conference aimed at reinventing the path to sustainable development.

Due to events like the recent economic crisis, increasing resource scarcity, urban pollution and climate change, nations around the world face a number of sustainability challenges. According to Sander van der Leeuw, Global Systems Science co-founder and Distinguished Sustainability Scientist at ASU, many formal discussions on how to best overcome these challenges place a strong emphasis on burden-sharing and prove largely unproductive. Additionally, they establish a negative connotation of sustainable development in some minds. 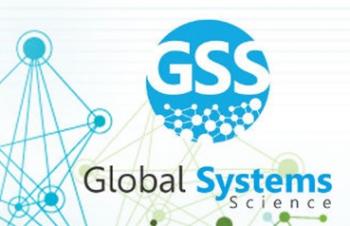 “Unpacking Green Growth,” the third conference arranged by Global Systems Science, seeks to replace this negative connotation with a positive one. Over the course of three days, sessions in North America, Europe and Asia will explore a new strategy for attaining global sustainability – one that instead emphasizes equal opportunity-sharing. This strategy is termed “green growth.”

Green growth pursues a comfortable standard of living for all people while improving environmental health through economic activity. It has enjoyed a positive reputation since its inception and was adopted as a national strategy in South Korea. Because it encourages transformative action, it shows particular promise in the developing world where systems are more supple.

Global Systems Science organized “Unpacking Green Growth” with the intention of testing and ensuring the robustness of the strategy. To do so, the conference assembled the brightest minds in the arena of systemic solutions to global problems. These scholars and practitioners will share scientific insights, explore possible challenges and further develop research on the topic of green growth.

“My colleague Carlo Jaeger and I founded GSS (Global Systems Science) after realizing that solutions to the global predicaments we face are necessarily interconnected,” says van der Leeuw. “This conference looks at one of the few truly comprehensive solutions proposed to date. Not only does green growth galvanize through hope rather than paralyze through fear, it fundamentally encourages us to think outside of the box.”

The North American portion of the conference will take place at ASU’s SkySong facility on Oct. 8 and 9. The European portion will take place in Brussels, Belgium, while the Asian portion will be split between Beijing and Lu’An, China. Though varying time zones prevent all sessions from happening simultaneously, many will be connected via internet.

Conference participants may also access an app that allows them to view sessions at each location in real time.

The conference was made possible through collaboration between the ASU Wrigley Institute, DG CONNECT of the European Commission, the Global Climate Forum, the Development Research Center of the State Council of the People’s Republic of China and Beijing Normal University.