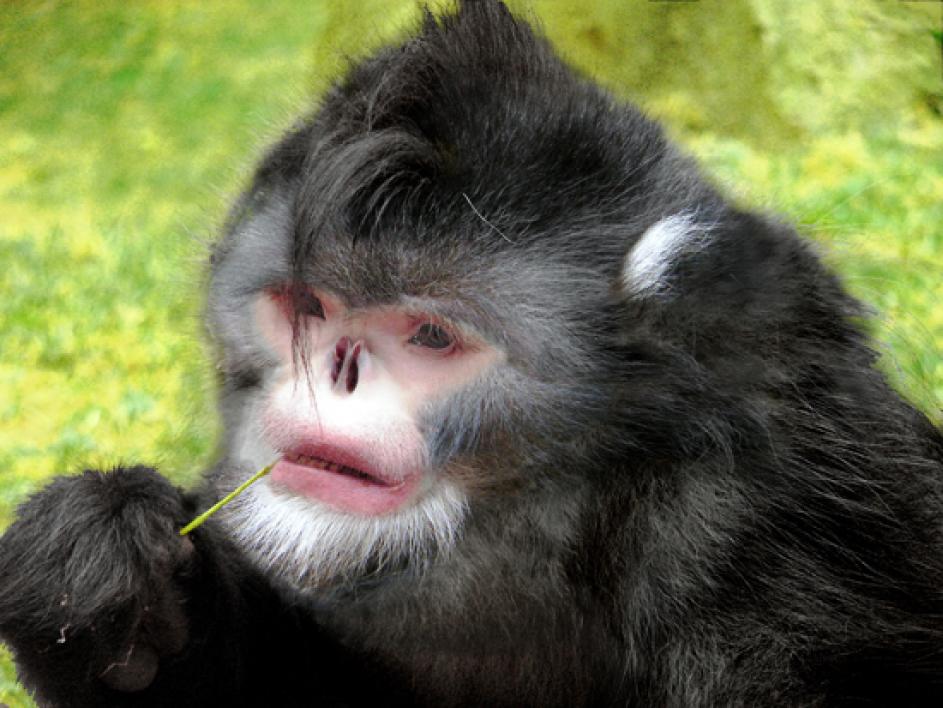 Since 2000, the number of mammals discovered each year averages about 36. So it was nothing to sneeze at when a new primate came to the attention of scientists conducting a gibbon survey in the high mountains of Myanmar (formerly Burma).

Rhinopithecus strykeri, named in honor of Jon Stryker, president and founder of the Arcus Foundation, is the first snub-nosed monkey to be reported from Myanmar and is believed to be critically endangered. It is distinctive for its mostly black fur and white beard and for sneezing when it rains. 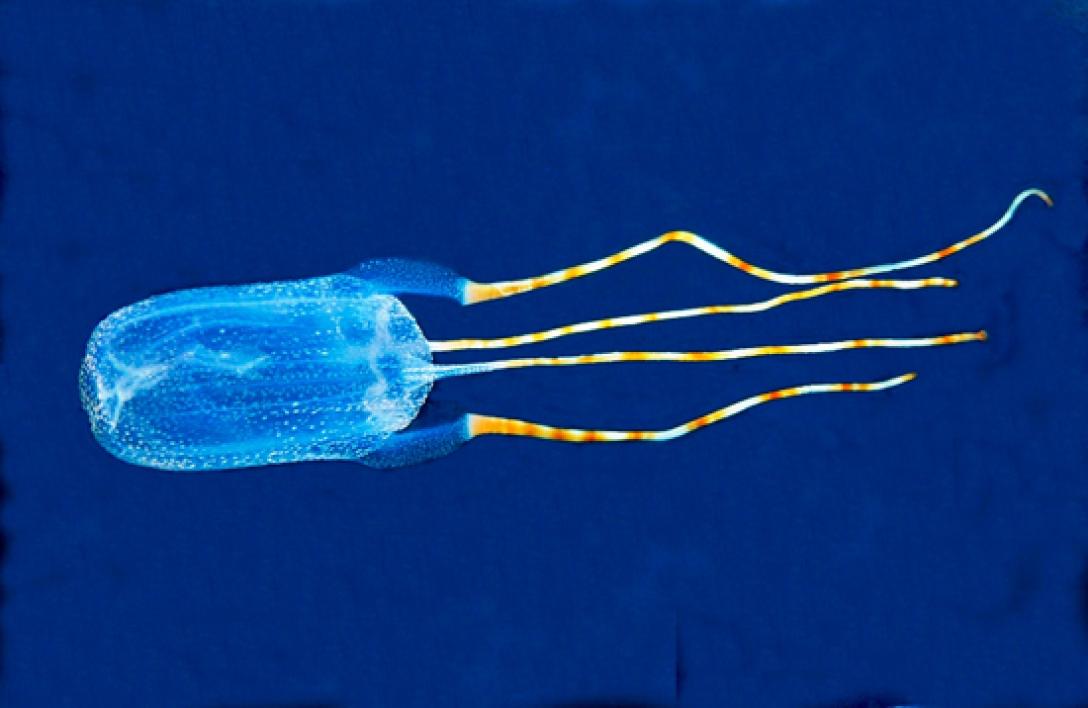 This strikingly beautiful yet venomous jellyfish looks like a box kite with colorful, long tails. The species name, Tamoya ohboya, was selected by a teacher as part of a citizen science project, assuming that people who are stung exclaim “Oh boy!” 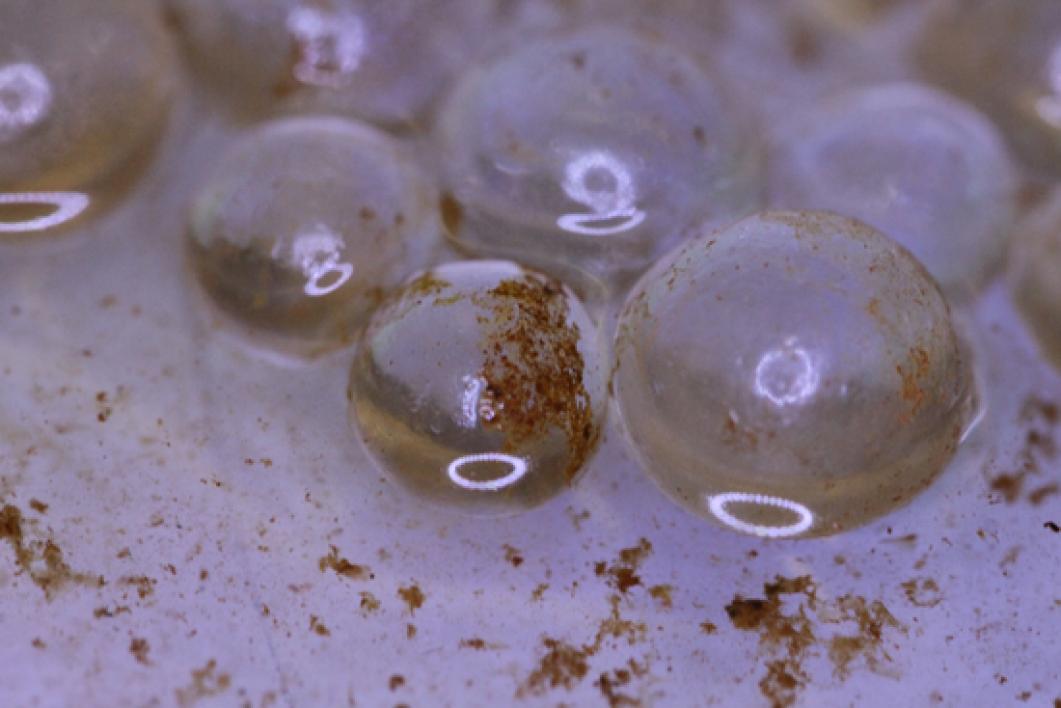 Pictured are glass beads where nematodes were found living in the brownish colored bacterial biofilm. Measuring about 0.5 millimeters (1/50 or 0.02 inches) these tiny nematodes are the deepest-living terrestrial multicellular organisms on the planet. They were discovered at a depth of 1.3 kilometers (8/10 mile) in a South African gold mine and given the name Halicephalobus mephisto in reference to the Faust legend of the devil because the new species is found at such a depth in the Earth’s crust and has survived immense underground pressure as well as high temperatures (37 degrees Celsius or 98.6 degrees Fahrenheit).

According to its discoverers, carbon dating indicated that the borehole water where this species lives had not been in contact with Earth’s atmosphere for the last 4,000 to 6,000 years. 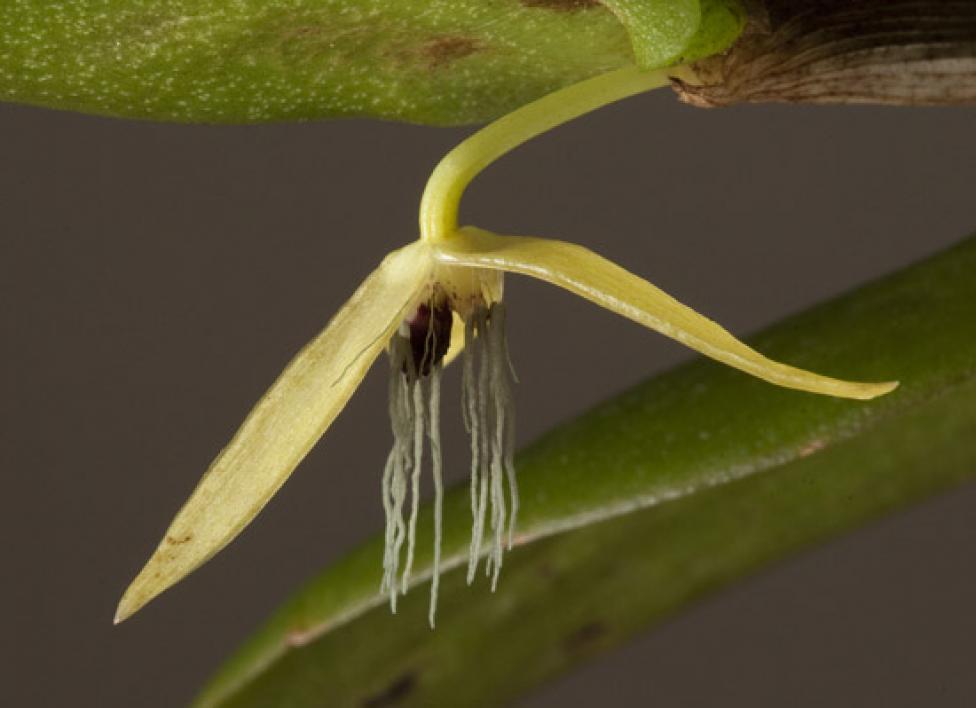 A slender night stalker is one way to describe this rare orchid from Papua New Guinea whose flowers open around 10 at night and close early the next morning. It was described by scientists from the Royal Botanic Gardens, Kew and Leiden University, who named it Bulbophyllum nocturnum from the Latin word meaning “at night.” It is believed to be the first night-blooming orchid recorded among the more than 25,000 known species of orchids. Ants beware! This new species of parasitic wasp cruises at just one centimeter (less than half an inch) above the ground in Madrid, Spain, in search of its target: ants. With a target in sight, the teensy wasp attacks from the air like a tiny dive bomber, depositing an egg in less than 1/20 of a second. The wasp is named Kollasmosoma sentum. 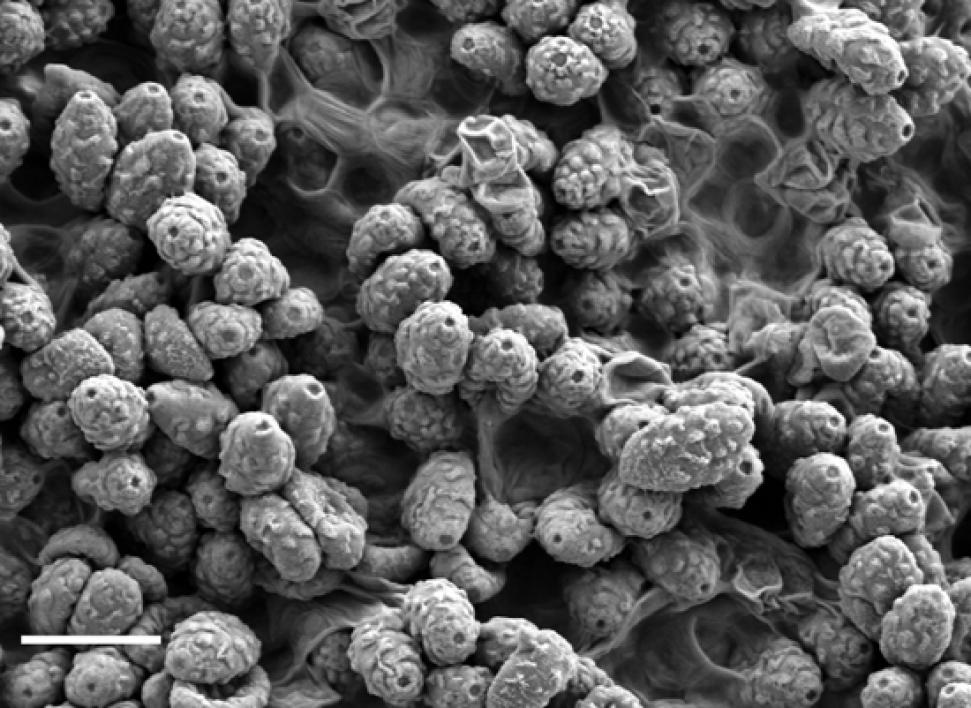 Named Spongiforma squarepantsii, after the cartoon character SpongeBob SquarePants, this new fungus species looks more like a sponge than a typical mushroom. One of its characteristics is that its fruiting body can be squeezed like a sponge and bounce back to its normal size and shape. This fungus, which smells fruity, was discovered in forests on the island of Borneo in Malaysia. 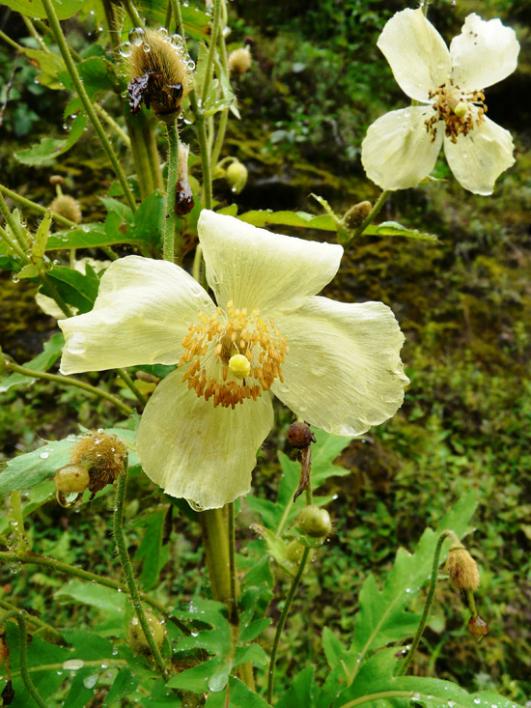 This vibrant, tall, yellow poppy found in Nepal may have gone undescribed because of its high mountain habitat (10,827 to 13,780 feet). Named Meconopsis autumnalis for the autumn season when the plant flowers, there is evidence that this species was collected before but not recognized as new until intrepid botanists collecting plants miles from human habitation in heavy monsoon rains made the “rediscovery.” 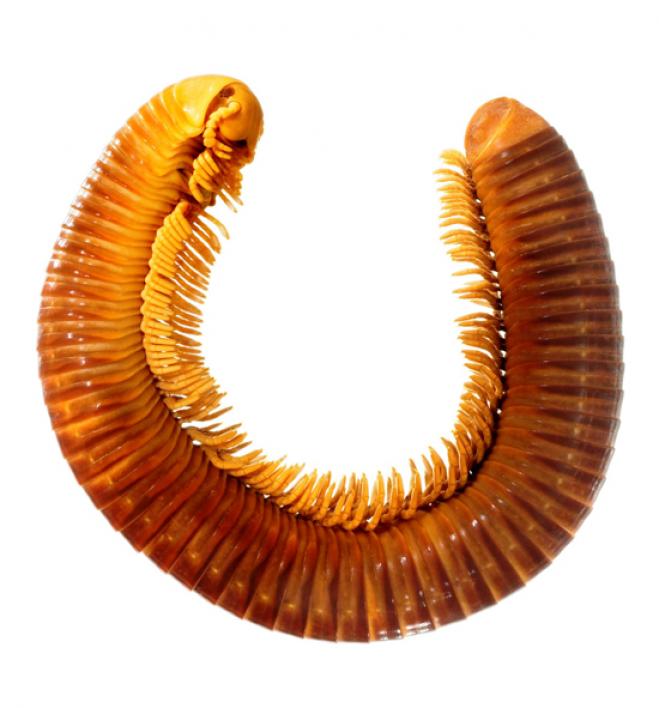 A giant millipede about the length of a sausage bears the common name “wandering leg sausage,” which also is at the root of its Latin name: Crurifarcimen vagans. The species holds a new record as the largest millipede (16 centimeters or about 6.3 inches) found in one of the world’s biodiversity hotspots, Tanzania’s Eastern Arc Mountains. The new species is about 1.5 centimeter (0.6 inch) in diameter with 56 more or less podous rings, or body segments bearing ambulatory limbs, each with two pairs of legs. Although this new species looks more like a “walking cactus” than an animal at first glance, Diania cactiformis belongs to an extinct group called the armoured Lobopodia, which had wormlike bodies and multiple pairs of legs. The fossil was discovered in Cambrian deposits about 520 million years old from southwestern China and is remarkable in its segmented legs that may indicate a common ancestry with arthropods, including insects and spiders. Breathtakingly beautiful, this iridescent hairy blue tarantula is the first new animal species from Brazil to be named on the top 10 list. Pterinopelma sazimai is not the first or only blue tarantula but truly spectacular and from “island” ecosystems on flattop mountains.