In the 5th century AD – long before the Aztecs – Teotihuacan, in central Mexico, was one of the largest cities in the world and the capital of a realm that far outstripped distant Maya centers. The Aztecs considered the city’s ruins sacred, part of their mythic past, and called the place Teotihuacan, roughly translated as “where divinity comes into being.” Today, it is one of the most visited archaeological sites in the Americas and the scene of numerous archaeological projects.

Teams based at Arizona State University’s Teotihuacan Research Center, working in collaboration with archaeologists of Mexico's National Institute of Anthropology and History, have made ASU the leading North American institution for Teotihuacan studies. In recent decades they have unearthed at Teotihuacan evidence of human and animal sacrifice, ancient treasures and the modest dwellings of commoners. 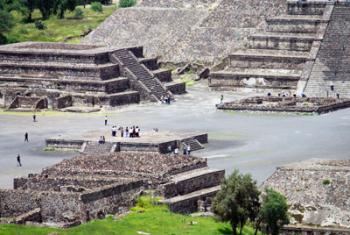 An excavation that wrapped in January illuminated a rich offering complex inside the Sun Pyramid, one of three huge step pyramids – the others being the Moon and Feathered Serpent Pyramids – located along a 1.5-mile-long central axis known as the Avenue of the Dead.

A sealed, man-made tunnel almost 23 feet below the Sun Pyramid led to the chamber, where artifacts were recovered, including ornaments, vessels, skillfully crafted obsidian daggers, and a greenstone mask, the first mask found in archaeological context at Teotihuacan.

The ASU Teotihuacan Research Center, created with funding from the National Science Foundation and other sources, is a staging point for ongoing exploration of the ancient city that, at its zenith, held upwards of 100,000 people. Used by not only ASU, but by researchers from Stanford University, Dartmouth College, Penn State and other institutions, the center is part of the School of Human Evolution and Social Change in the College of Liberal Arts and Sciences and is overseen by professor emeritus George Cowgill and associate research professor Saburo Sugiyama. It houses the data of a massive survey of the entire metropolis carried out by the University of Rochester in the 1960s, before it was excessively encroached upon by modern construction projects.

The city as a monument

Sugiyama, who is also a professor at Japan’s Aichi Prefectural University, has been working on spatial analysis of Teotihuacan for around 20 years and is preparing to publish a 3-dimensional map of the city, which he believes is laid out as a cosmogram.

“The buildings are precisely measured and distanced. Unlike the pyramids of Egypt, which are each a monument unto itself, all of the main structures of Teotihuacan are together a monument. They are linked, and the intentionality is evident,” he said.

The pyramids at Teotihuacan were constructed without metal tools or draft animals. They tower over lesser pyramids and some 2,300 residential compounds, each containing 3-5 apartments. The pyramids were built in phases and contain tombs for sacrificed humans and animals.

It is believed that thousands of Teotihuacan residents gathered in the Avenue of the Dead or in great plazas to witness ceremonies enacted at the pyramids. These rituals served to bring the community together and demonstrate the political power of the city’s rulers.

Not long ago, many archaeologists deemed Teotihuacan a peaceable, sacred place. But recent projects, many jointly with ASU and Mexican institutions, have drastically changed this picture. Most recently, 10 bodies without heads were discovered inside the Sun Pyramid. Previously, many other bodies, often arranged in what Cowgill called “a structured way,” have been found at Teotihuacan. It is estimated that more than 200 victims of human sacrifice are buried inside the pyramids, along with material offerings and fierce creatures, such as jaguars, eagles, pumas, coyotes, wolves and serpents, all thought to bear symbolic significance.

“These were not just priests looking at the stars. This was a war-like society with well-trained troops and a complex political structure,” offered Cowgill, who has worked at Teotihuacan since 1964.

He describes Teotihuacan as a multi-ethnic city with a strong hierarchy based on social status but not necessarily ethnicity. It was likely governed by a collective rulership.

What caused the demise of Teotihuacan in the 7th century is a mystery. Theories range from invaders to an internal uprising, which seems supported by archaeological data that suggests a widening gap between the rich and poor in the city’s final phases. Who, exactly, the people of Teotihuacan were and what became of them remain enigmas.

The tip of the iceberg

Located about 25 miles northeast of Mexico City, Teotihuacan is a UNESCO World Heritage site. Archaeological investigation has been conducted here for over a century and is likely to continue far into the future, given the size and complexity of the city, which spanned more than eight square miles.  So far only about 1/20 of Teotihuacan has been excavated.

“There are endless possibilities, but obstacles exist,” Cowgill said, explaining that much has already been lost to looting and development and that modern housing is closing in on the site. He emphasizes the need for more funding, since archaeological excavation and analysis require sizable investments of finances, resources and time.

Cowgill and Sugiyama have dedicated much of their lives to fueling discoveries about the place they fondly refer to as “Teo.” It is a labor of love for both, and they are eager to see more North American awareness of this leading seat of Mesoamerican civilization.

In October, the National Institute of Anthropology and History will conduct its 5th Teotihuacan Round Table. The event is dedicated to Cowgill, who will serve as the keynote speaker.

In the meantime, the exhibit “Six Ancient Cities of Mesoamerica: Society and Environment,” for which Sugiyama provided guidance, runs through August at the National Museum of Anthropology in Mexico City. It features artifacts from and information on the society, architecture and ecology of Teotihuacan.

The Harvard Journal on Legislation has published an article in its Summer 2011 issue by professor Betsy Grey titled, "The Plague of Causation in the National Childhood Vaccine Injury Act."

The Harvard Journal on Legislation has published in its Summer 2011 issue an article by professor Betsy Grey titled, “The Plague of Causation in the National Childhood Vaccine Injury Act.”

Grey writes that, over the past 20 years, courts in the toxic tort setting increasingly have demanded stronger, scientifically tested evidence in the area of proving causation. At the same time, she notes, a closely related debate is raging about separating, under the Act’s compensation program, cause from coincidence for injuries that may be the result of vaccinations. 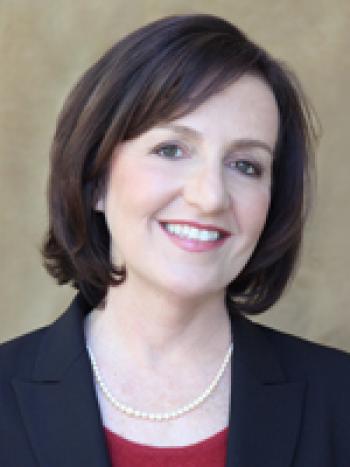 In its initial legislation, Congress gave little direction regarding the level of causation required and assumed better science would be developed on vaccine causation. That hasn’t happened as quickly as anticipated, however, and the federal court that oversees the program gradually has relaxed the standard for causal proof, according to Grey.

Her article argues that “the Federal Circuit, while implementing a program with different policy goals and not constrained by toxic tort law, has gone too far under the Act as written, but that the logic of its decisions should cause Congress to amend the Act to conform to the more relaxed causation standard.”

Grey publishes and teaches on issues of tort law, products liability and mass tort litigation, as well as neuroscience and law, and has presented to judicial conferences and other professional groups on these issues. Her recent scholarly work has focused on the study of no-fault compensation systems in the United States, as well as the impact of advancements in neuroscience on tort law. Grey also has taught products liability as part of a common law program to law students in France.