Ten outstanding ASU faculty members have been recognized for cutting-edge research and creative activities, as well as excellence in classroom performance. Nominations for the 2010 Faculty Achievement Awards are made by deans and reviewed by panels of Regents’ and President’s Professors.


The awards are for activities that significantly change their professions in research, creative activities and undergraduate instruction, placing the achievements among the highest at the university. This is the fourth year for the annual awards. 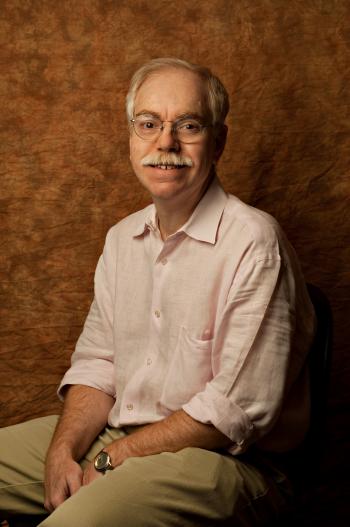 
The 10 individuals, representing a wide range of disciplines, were honored at a reception May 11 in the Carson Ballroom of Old Main. The awards were presented by President Michael Crow, with an introduction by Elizabeth D. Capaldi, executive vice president and provost, and the deans.


This year’s awardees are the following:


Blanchard has established himself as a leading researcher in emergent language skills for young children. His work also incorporates the role of computers and other digital media in early childhood learning. In addition to his prolific writing, Blanchard provides services to improve the language and literacy skills of preschool children, spending many hours in remote schools on the Navajo Nation and in southern Arizona border towns.


Vermaas is an international leader in the field of molecular physiology and genomics of cyanobacteria. He has made fundamental contributions to the understanding of photosynthesis and its regulation at a genomic level, and his research has placed ASU at the leading edge of bioenergy. He also looks beyond life sciences to consider the full context of a problem, such as cost effective approaches to production.


Kouvetakis and Menendez were nominated jointly for their collaborative pioneering research into new approaches to grow epitaxial layers on silicon. Their research lays the foundation for the development of “silicon photonics,” anticipated to become an entirely new field of materials science and engineering.


Schwartz’s research accomplishments place him at the leading edge of the social sciences in the field of biological anthropology. Focusing on dental development, Schwartz focuses his research on the evolution of modern human growth, the cross-species patterns of growth and development in primates and the life-history of Madagascar’s lemurs. He has made key contributions in each of these areas.


Chowell-Puente, only five years into his career, is a prolific writer and researcher who already is at the forefront of epidemiological research. Using data-driven mathematical models, he has done important work on the spread of diseases like SARS, Ebola, Dengue and foot-and-mouth disease. His work has implications for homeland security, and he is a sought-after theoretician whose input is valued on these issues.


McNally is an award-winning fiction writer, author of three novels and three short story collections that have received wide acclaim. Nearly all of his books have been translated into other languages, showing that his writing speaks to many different audiences. His first novel, “Until Your Heart Stops,” was a New York Times Notable Book; his second, “Almost Home,” a St. Louis Post-Dispatch Best Book of the Year, and his third, “The Goat Bridge,” a Booklist Editors’ Choice.


Gerdes is a gifted and inspiring teacher whose teaching evaluations over 15 years have been consistently excellent and among the highest in the college. Through her passion and enthusiasm for teaching, she draws praise even in the most demanding courses such as statistics. Students say she inspires them to reach their highest potential, connecting the material to real world experiences.


Stout inspires students and faculty alike with her energy and her passion. Her ability is reflected in the range of courses she has taught, from introductory microbiology to upper-division molecular biology, and in the fact that her student evaluations are consistently among the best. A consummate educator who shares her interests with students, she encourages them to embrace science and the opportunity to learn.


Rutowski is an internationally recognized scholar who has had an enormous impact on undergraduate students at ASU, as director of the director of the School of Life Sciences Undergraduate Research Program (SOLUR) for 22 years. He has created opportunities, expanded access, provided training and established an atmosphere of growth and empowerment for young scientists, with more than 1,000 having participated in the program. He also has been a driving force behind the creation of mentoring workshops for faculty, a seminar series and an annual undergraduate research symposium.

On May 18, museums and galleries on ASU's Tempe campus will join museums in more than 100 countries around the world to celebrate International Museum Day.

On May 18, museums and galleries on Arizona State University’s Tempe campus will join museums in more than 100 countries around the world to celebrate International Museum Day.

International Museum Day was established as an annual tradition by the international Council of Museums in 1977 to encourage public awareness of the role of museums in the development of society.

ASU will sponsor tours of seven museums and collections on May 18, from 9 a.m. to 4 p.m.

In addition, several other galleries at ASU will be open for visits.

An information table will be located behind Old Main from 8:30 a.m. to 4 p.m.

The International Council of Museums, created in 1946 with headquarters in Paris, is an international non-governmental organization maintaining formal relations with UNESCO and having a consultative status with the United Nations' Economic and Social Council. ICOM is the only international organization representing museums and museum professionals.