Editor's Note: Read about Temple Grandin's academic career at ASU – and how it launched her into the field of animal science – here.

Temple Grandin, professor of animal science and autism advocate, will receive an honorary degree from Arizona State University at the spring commencement in May. 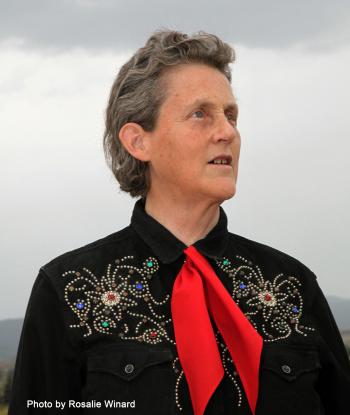 Born in Boston, Massachusetts, Grandin was diagnosed with autism at the age of two,  and has worked tirelessly as an advocate of early intervention for children with autism spectrum disorders. Grandin’s willingness to share and articulate her own experiences with autism has provided valuable insights to researchers and families connected with the disorder. Her many books related to autism, a film based on her life and her speaking engagements continue to inspire others.

As an animal scientist, Grandin is a world leader in the design of livestock handling facilities. Half of the cattle in the United States and Canada are handled in equipment she has designed for meat plants. She serves as consultant to many large companies and to ranches and trains auditors regarding animal care at processing plants. Other professional activities include developing animal welfare guidelines for the meat industry and consulting with McDonalds, Wendy’s International, Burger King, and other companies on animal welfare.

Grandin has contributed to many industry publications, including book chapters and technical papers on animal handling, plus 63 refereed journal articles in addition to ten books. Her book “Animals in Translation” became a New York Times Best-Seller.

Her numerous awards include the Meritorious Achievement Award from the Livestock Conservation Institute, a Lifetime Achievement Award from The National Cattlemen’s Beef Association and an honorary doctorate from McGill University. She was also honored in Time Magazine’s 2010 list of “The 100 Most Influential People in the World.”

In 2010 HBO premiered the hit movie Temple Grandin in recognition of her hard work and dedication to activism. In total the movie received seven Emmy awards, a Golden Globe and a Peabody Award.

Afforestation – the establishment of a forest where there was no forest previously –  is one possible proposed solution to slow the growing CO2 levels in the Earth’s atmosphere. But will this proposal actually have a positive impact on the greenhouse effect?

Inez Fung, professor of atmospheric science and founding director of the Berkeley Institute of the Environment, has studied climate change for the past 20 years and says this proposed solution will in fact enhance the greenhouse effect, triggering further melting of sea ice. 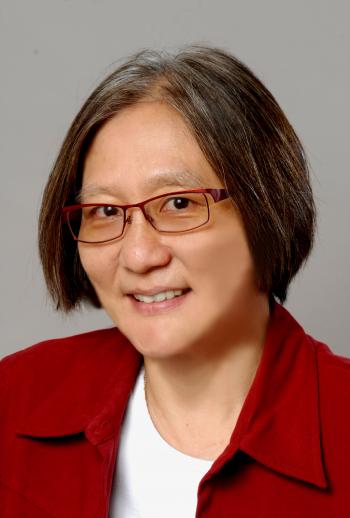 Fung will discuss her studies and the implications for carbon management in her lecture, “Eco-climate teleconnections: some thoughts about the climate consequences of large-scale afforestation” at 1:30 p.m., March 5, in the Memorial Union Turquoise room.

Fung’s research group has been investigating the impact of afforestation on climate using the National Center for Atmospheric Research global climate model.  Findings are showing that mid-latitude climates, those climate areas that are affected by both tropical and polar air-masses, will eventually no longer be able to support transpiration; the loss of water vapor in plants. In high-latitude climates, the regions that are affected by polar and artic air-masses, the opposite occurs. The results of this will affect the photosynthesis process in regions remote to the afforestation areas.

Fung’s investigations in climate modeling predict a coevolution of CO2 and climate, concluding that the land and sea’s diminished capacities to store carbon will accelerate global warming.

Fung joined the faculty at Berkeley in 1998 as the first Richard and Rhoda Goldman Distinguished Professor in the Physical Sciences and founding director of the Berkeley Atmospheric Sciences Center and Berkeley Institute of the Environment. She is also a recent subject in a biography series by the National Academy of Sciences for middle-school students titled, “Women’s Adventures in Science.”

This distinguished lecture series is sponsored by the School of Mathematical and Statistical Sciences in ASU’s College of Liberal Arts and Science. It is free and open to the public. An abstract and more information on Fung and her research are online at http://math.asu.edu/fung_lecture.

For more information on this and other lectures presented by the School of Mathematical and Statistical Sciences visit http://math.asu.edu/events or contact 480-965-0210.