Editor’s note: This article is the first of a series about sustainable cities. Read the other articles: "Sustaining our cities," "Curbing urban sprawl," "Room to grow," "Easing off the gas,"  "A sustainable city is one that you love," and "Nature by design."

Imagine a typical day in your city – the commute to work, a walk around the block on your lunch break, a trip to the dog park before meeting up with friends at a local restaurant. Now imagine what daily life in your city might be like if twice as many people called it home. 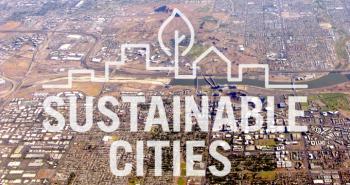 This thought experiment isn’t too far from becoming reality. The world population keeps growing with no signs of slowing down. The Census Bureau projects that today’s 7.1 billion will become 9 billion by 2044, and increasingly, these people are moving into cities. The World Health Organization predicts that by 2050, 6.4 billion people around the globe will live in urban areas – up from 3.4 billion in 2009.

Most of this growth is taking place in developing countries. However, certain cities in the U.S. are experiencing significant population increases as well. Phoenix is one of them, having added more than 40,000 new residents last year alone.

A substantial increase in population, coupled with hotter temperatures and other manifestations of climate change, will present unprecedented challenges for cities. Not only is Phoenix growing rapidly, but its climate also mirrors that of many other cities with populations on the rise, providing a good example of what much of the world is facing now or can expect in the future.

“Phoenix is a place that a lot of people look to for an example of how we will be resilient in the face of what are probably less than optimal conditions,” says Wellington Reiter, a consultant for the Office of the President and former dean of the College of Design at Arizona State University. “What we learn here and how efficiently we use our resources could be exported as intellectual capital or maybe even on-the-ground know-how.”

The challenges of population growth, climate change and other fluctuating conditions are leading many cities to explore sustainability options. But what does sustainability mean, and how do we measure it?

“It’s defined in many different ways,” says David Pijawka, a professor and associate director at ASU’s School of Geographical Sciences and Urban Planning. These varying definitions have made it difficult for cities to make policy changes that would help mitigate future challenges

“We’ve been dealing with that for 25 years. We have some good frameworks, and we know what we need to do, but we still must learn to articulate it meaningfully and easily for the decision-maker,” says Pijawka, who is also a senior sustainability scientist in the Julie Ann Wrigley Global Institute of Sustainability.

In 1987, the United Nations World Commission on Environment and Development defined sustainable development as "development that meets the needs of the present without compromising the ability of future generations to meet their own needs." Many people equate sustainability with environmentalism, but sustainability researchers at ASU are working to broaden our understanding of the concept. They define sustainability as well-being in four key areas: natural capital (plants, animals, water, etc.), human capital (skills, knowledge, etc.), social capital (networks of relationships) and financial capital.

Sustainability is complex because these different sources of capital often conflict with each other. For example, logging a forest reduces natural capital, but can provide jobs that increase financial capital. Different people will prioritize these tradeoffs differently. Someone living in poverty in a rural area might prioritize jobs over environmentalism, while a well-employed person with asthma might place more value on clean air.

“If we want people to continue living here, we have to make certain choices,” says Anne Reichman, program manager of the Sustainable Cities Network at ASU.

“Those choices are going to be difficult in the future when we look at the cost of water, the cost of energy, our air quality and resource availability.”

These are just some of the factors that must be considered when planning for sustainability. And they’re all connected.

A collection of systems

For example, energy use from the grid affects a city’s water supply, which may impact agricultural activities and food systems. The way a city is designed might make certain groups of people more vulnerable to environmental hazards, such as when toxic wastes are disposed of near low-income neighborhoods. Urban planning influences transportation options and the use of fossil fuels. The walkability of a city is connected to both human health and the health of the environment.

These issues are intertwined in complex ways. ASU researchers are working to understand them and provide solutions.

“Cities are really dependent on a collection of systems. We are becoming really well-known at this university for thinking through those systems and how one affects the other,” Reiter says.

For example, ASU was one of the first two urban sites chosen for the National Science Foundation’s Long-Term Ecological Research (LTER) program. Started in 1997, the Central Arizona-Phoenix LTER uses the Phoenix area as a living laboratory to understand the relationship between people and the natural environment in our growing desert city.

ASU’s campuses provide a test bed for implementing sustainable processes. As of November 2013, solar panels installed on ASU’s four campuses collectively generate 23.5 megawatts of energy. The "Grounds for Grounds" program collects more than 500 pounds of used coffee grounds per week to enrich the soil for landscaping around campus. Undergraduate classes work with city planners to envision how cities can be developed with sustainability in mind.

Through projects on campus, partnerships with municipalities and faculty-led research investigations, ASU is taking the lead in understanding how to create sustainable cities. This series will highlight some of the major challenges to meeting the needs of city dwellers today and in the future. From feeding and transporting the population, to reducing sprawl to preserving cultural identity, we’ll examine how ASU researchers and city officials are approaching these challenges in innovative ways.

Help honor your favorite Arizona business by nominating it for the 18th annual Spirit of Enterprise Awards from the W. P. Carey School of Business at Arizona State University.

Help honor your favorite Arizona business. Nominate it for the 18th annual Spirit of Enterprise Awards from the W. P. Carey School of Business at Arizona State University.

The awards recognize some of the state’s best businesses for creating jobs, boosting our economy and delivering great service to customers. Past winners include well-known names like Cold Stone Creamery, Ollie the Trolley and Total Transit (Discount Cab), as well as fast-growing businesses, such as Infusionsoft. 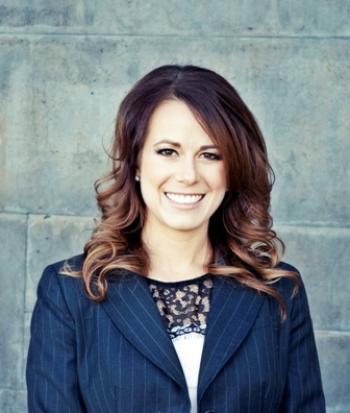 “We want to celebrate some of your favorite Arizona companies that have demonstrated ethics, energy and excellence in entrepreneurship,” says Sidnee Peck, director of the Center for Entrepreneurship at the W. P. Carey School of Business. “We’re looking for firms that are innovative, have a positive internal culture and make an impact both on our economy and in our communities.”

Each business can be nominated for up to three of the six Spirit of Enterprise Award categories described at this website: http://wpcarey.asu.edu/research/entrepreneurship/spirit-award-requirements.

Primary requirements include that a company is:

“This year, we’ve also added a new entrepreneurship workshop to take place right before the awards luncheon,” explains Amy Hillman, dean of the W. P. Carey School of Business. “Some of the school’s top faculty members will speak about what tools and techniques you can use to advance your business.”

Award nominations will be accepted until June 27 here: 18th Annual Spirit of Enterprise Awards 2014 Nomination Form. Then, nominated businesses will have until July 31 to fill out an awards application.

Winners will be announced at a luncheon Friday, Nov. 21 at the JW Marriott Desert Ridge Resort & Spa in Phoenix. Hundreds of business and community leaders attend the annual event.

For more information on nominating a company, applying for the awards or attending the luncheon, call (480) 965-0474, e-mail wpcentrepreneurship@asu.edu or visit www.wpcarey.asu.edu/spirit.

These awards are just one focus of the Center for Entrepreneurship, which helps hundreds of businesses each year. The center recently introduced the Sun Devil Select competition to honor ASU alum-owned or alum-led businesses, as well as the Sun Devil Igniter Challenge for student businesses. The center also offers companies a chance to recruit and meet with top student talent, while allowing students to get hands-on business experience. The center is a gateway to access other ASU business resources. It is self-funded and utilizes community sponsorships and volunteers to sustain its activities.