Forget the stereotypes of arrogant, macho leaders who don’t care about anyone else’s opinion. A new study from the W. P. Carey School of Business at Arizona State University shows humble CEOs significantly benefit a company and its management – likely more than the blowhards who think it’s their way or the highway.

“Humble CEOs are more open to making joint decisions and empowering others,” says Angelo Kinicki, professor in the W. P. Carey School of Business and one of the study's authors. “Their behavior positively affects both top and middle managers, who then exhibit higher commitment, work engagement, job satisfaction and job performance. We see a trickle-down effect that seems to influence the company overall.” 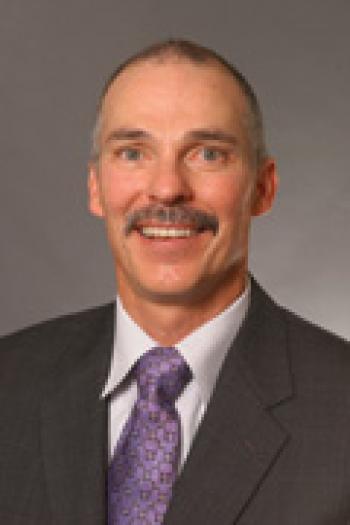 The new research published in Administrative Science Quarterly comes from Kinicki, Anne Tsui and David Waldman of the W. P. Carey School of Business, as well Amy Ou of the National University of Singapore, Zhixing Xiao of George Washington University and Lynda Jiwen Song of the Renmin University of China.

The researchers interviewed the CEOs of 63 private companies in China, and also created and administered surveys measuring humility and its effects on about 1,000 top- and middle-level managers who work with those CEOs. They specifically chose China because they needed a context in which CEOs would display a wide variety of humility levels. However, they believe the findings will generalize to many companies in the United States.

“Our study suggests the ‘secret sauce’ of great, humble managers,” explains Kinicki. “They are more willing to seek feedback about themselves, more empathetic and appreciative of others’ strengths and weaknesses, and more focused on the greater good and others’ welfare than on themselves.”

Kinicki says leadership behavior normally cascades downward, so it’s likely humility at the top effects just about everyone at a company. He points out a few examples of humble CEOs making news:

• Tony Hsieh of Zappos is a Harvard graduate who helped boost his company to more than $1 billion in gross merchandise sales annually. He also helped drive Zappos onto Fortune’s “100 Best Companies to Work For” list, with innovative customer- and employee-pleasing policies, such as “The Offer,” where new employees are offered one-month’s salary to leave the company if they’re not dedicated and happy.

• John Mackey of Whole Foods has shown concern for the greater good through his advocacy of organic food and spearheading his company’s move to become the first grocery-store chain to set standards for humane animal treatment. He also announced in 2006 that he was chopping his salary to $1, putting caps on executive pay and setting up a $100,000 emergency fund for staff facing personal problems.

• Mary Barra of General Motors has faced severe criticism for problems created at the company before she took the helm in January. However, she has been quick to apologize and maintain that she’s moving from a “cost culture” to a “customer culture” at GM. She has promised to do “the right thing” for those affected by recent recalls and the problems that led to them.

Kinicki knows some people may be surprised by the study results, but he summarizes, “It’s time we understood that humility isn’t a sign of weakness or lacking confidence, but rather, a good thing that can benefit us all.”

The full study is available at http://asq.sagepub.com/content/59/1/34.full.pdf+html.

Michelle Mohr Carney is the new director of the School of Social Work, part of the College of Public Programs, located on the downtown Phoenix campus.

“It’s a big opportunity for me,” says Carney. “I feel honored to be here.” 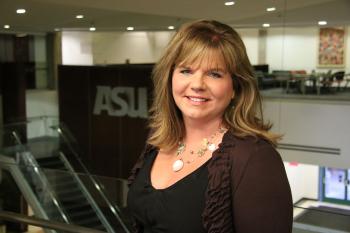 Carney takes over the largest social work school in the Southwest, with 1,338 students. The school boasts the third-largest graduate program at ASU, handing out 293 master's degrees last year.

“In Arizona, if you have a master’s degree in social work, it’s likely from here,” Carney says. “So we have a really powerful role in what social work looks like in the state of Arizona at the graduate level.”

The School of Social Work recently celebrated its 50th anniversary. It’s had a presence in Tucson since the mid-1960s and maintains a campus near downtown Tucson, where it’s been offering classes since 2001. The school expanded to Flagstaff last fall. It is also home to the Center for Applied Behavioral Health Policy, Southwest Interdisciplinary Research Center and several specialty offices, including the Office of Sex Trafficking Intervention Research.

“There is so much energy, productivity and high levels of research,” Carney says, “and research in specialized niches that are just so cool, and centers that do such great things.”

Carney replaces Steven Anderson as director. Anderson accepted a position as professor and director of the School of Social Work at Michigan State University.

“Michelle brings substantial expertise to the school in working with non-profit agencies and systems dealing with justice-involved clients,” says social work professor José Ashford, who led the faculty search committee. “She is well-known for her work in treating domestic violence offenders, and in teaching and researching administrative practices.”

Carney calls herself a problem solver. It dates back to her time as an undergraduate at the Ohio State University in the late 1980s. She was paired with a law student to handle domestic violence mediation. The law student got to sit behind a desk. A social work student, Carney was placed between the perpetrator and the victim.

“I saw that interpersonal violence was very complex,” Carney recalls. “And I started feeling like I was sort of banging my head against the wall working with the women because – although the women needed lots and lots of help – I kept feeling like ‘we’re not addressing the problem here.’”

The problem was dealing with the offenders, which most of the time were men. Carney says she was originally drawn into direct research of male domestic violence perpetrators, but started seeing an increasing number of women sentenced as offenders.

“Men are far more dangerously violent” says Carney. “But women can be violent too. And we need to make sure that they get the services that they need.”

Carney says her goal is to better understand the phenomena of interpersonal violence by taking a multi-layered, multi-thinking approach to who is violent and why. Just as important, is making sure the appropriate type of help is available and being utilized properly.

“My intent is to try to get the right treatment to the right people,” says Carney.

That’s one reason Carney focuses on developing effective program evaluations. In Columbia, South Carolina, she helped create a predictive model for a domestic violence offender program. It would flag people with particular characteristics that were in danger of dropping out. She also helped the center put a pre-test/post-test model into place to measure whether offenders were less coercive, less passive aggressive and less controlling.

“I think that being a good fundraiser helps you raise money, but you also get really good at articulating your passion,” says Carney.

It was her desire to become a better development director that led her to a career in academia. Her job required writing applications for federal grants.

“I realized I didn’t have the research skills I needed to be really good at the federal grant level," Carney says. “So then that’s why I went back and got my PhD, and fell in love with teaching.”

She didn’t just fall in love with teaching. She became good at it. So much so that at the University of South Carolina, Carney received the Educator of the Year award from the College of Social Work four of out five years.  She won similar awards from the Master of Arts program in Nonprofit Management and School of Social Work doctoral program at the University of Georgia.

“If I have to spend 100 hours with one student and five minutes with the other, then that’s what I do,” says Carney. “I can go home and sleep, and know that every person who left my grant writing class can write a grant. Or every person who left my program evaluation class can do program evaluation. I think students understand I’m invested in them, so they get more invested in the class.”

Carney will focus on administrative duties her first semester at ASU, but expects to teach grant writing and program evaluation once she is settled in. She plans to continue her research on interpersonal violence and is excited about the interdisciplinary research opportunities the College of Public Programs is known for.

“My research has always been interdisciplinary, so that really fits well with this college,” Carney says.

A native of Savannah, Georgia, Carney looks forward to living an active lifestyle in Arizona. She already hiked most of the nearby mountains with her sister on previous trips to Phoenix, and plans to revisit them with her husband.

“My family is super important to me,” she says. “I have five stepsons and two daughters. We’re really looking forward to getting out. We’re not homebodies.”