“A number of previous studies have shown that racial discrimination may increase the risk of offending among African-Americans, especially males,” said Callie Burt, an assistant professor in the School of Criminology and Criminal Justice at Arizona State University. “And so in this study we were interested in understanding ‘how does this happen?’” 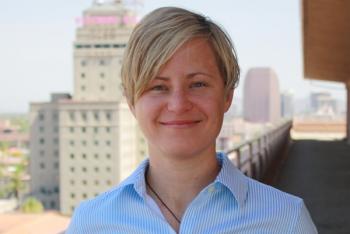 Burt and a team of researchers followed 700 African-American families who were originally located in Iowa or Georgia over an eight-year period. The caregivers and their children were interviewed every two years starting when they were in the fifth grade.

“What we were interested in looking at is how different situations – how kinds of interactions – differ between African-Americans and whites?” Burt said. “And in particular we focused on one thing that African-Americans experienced that Whites do not – and that’s interpersonal racial discrimination.”

Burt viewed discrimination as a type of strain that was cumulative in its effect that produces distress and shapes individuals’ views of the world, including the nature of relationships and the fairness of the system. The resulting distress and view of relationships, in turn, influence people’s likelihood of violating the law as individuals try to cope and protect themselves against perceived threats.

“Those that experienced high levels of discrimination were at a much higher risk of criminal offending,” said Burt. “And we found that much of this effect occurred through the three social psychological mediators that were depression, hostile views of relationships, and disengaging it from conventional norms. Nearly 70 percent of the effect of racial discrimination was through these three factors. So this really sheds light on what it is about discriminatory experiences that leads individuals to even much later have a higher risk of crime and engage in criminal behavior.”

Recent studies have highlighted the importance of parenting practices that promote ethnic pride and cultural heritage in the African-American community. Burt wanted to find out if such racial socialization practices helped promote coping mechanisms for effectively dealing with racism.

“We were interested in seeing whether individuals who would experience these parenting practices were less likely to respond to racial discrimination with criminal behavior,” Burt said.

The study found that African-American kids whose families warned and prepared them for racial discrimination were less likely to engage in crime.

“The two forms of racial ethnic socialization that we examined, which were cultural socialization – promoting racial pride and knowledge of ethnic and racial heritage and preparation for bias – which as it sounds – warns about discrimination – they attenuated the link between discrimination and the likelihood of crime,” said Burt. “Kids who had high levels of preparation for bias were not at an increased risk for crime in response to moderate or even high moderate levels of racial discrimination.”

Burt says promoting racial pride and cultural heritage and preparing African-American kids for the potential of being discriminated against are useful tools that are being used in the black community to reduce the influence of racial discrimination on crime. But the criminologist says the goal should be to prevent racial discrimination in the first place.

“Reducing discrimination can be a potent crime reduction strategy,” said Burt. “Racial discrimination matters and harms African-Americans in a number of ways including by increasing their risks of crime.”

Burt suggests future research in this area explore these processes among females and other racial-ethnic groups and focus upon how other racial socialization messages, such as those in the media, from peers, and in school, impact the risk factors that lead to crime.

School of Social Transformation now under one roof

When classes begin Aug. 23, students in ASU's School of Social Transformation will find their faculty all under one roof for the first time since the school was formed in 2009.

School of Social Transformation now under one roof

Wilson Hall keeps a bit of a low profile on ASU’s Tempe campus – no pillars or porticos, no gleaming glass, and a footprint so slim Wilson hides behind tiny Danforth Chapel when you approach from the east.

Some recognize it as the building with the perpetual three-story spray of fuchsia bougainvillea blossoms near its main doors. Some enjoy it as a lunch spot, with restaurants e2 and Dave’s Doghouse tucked into its west end and outdoor café seating on the north. Some appreciate it as the building where ASU’s feline residents bask on the south-facing picture window ledges. 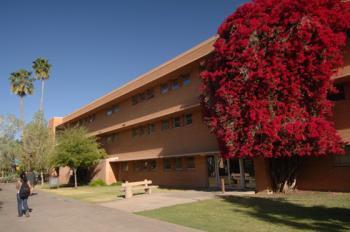 When classes begin on Aug. 23, the School of Social Transformation is excited to be welcoming more than 100 new undergraduate and transfer majors, 19 new master’s and doctoral students, and some 600 continuing undergraduate and graduate students.

The school’s Student Engagement team and undergraduate advising offices continue to be centered around Wilson 125, with the school’s administrative team also on the west wing of the first floor. African and African American studies faculty offices are on the east wing of the first floor. On the second floor are the offices of faculty and graduate students in Justice and Social Inquiry. Women and Gender Studies faculty and graduate students and Asian Pacific American Studies faculty offices are on the third floor. ASU’s North American Center for Transborder Studies will maintain their offices on the third floor of the building until later this fall.

Wilson Hall, named for George Washington Wilson, who owned the five acres used as the original site of the Tempe Normal School in 1883, was built in 1956 as a residence hall. Eventually remodeled to house office spaces, Wilson today also includes open areas on the second and third floors where students can meet and study.

“We’ve had the atmosphere of ‘residence hall move-in week’ all summer in Wilson Hall,” notes School of Social Transformation director Mary Margaret Fonow. “And that sense of excitement is continuing to build as faculty and students arrive for fall. Being together under one roof in Wilson is going to be great for our students, for our maturing identity as a school, and for the continued cross-pollination of ideas that SST is becoming recognized for.”