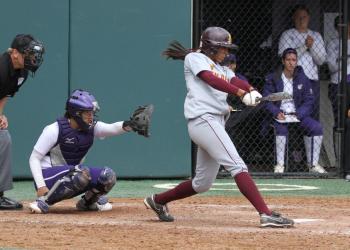 POSTSEASON INFORMATION
Since the Pac-12 champion is determined by winning percentage, whichever team captures two of the three games will earn the Conference's automatic bid to the NCAA Tournament. Cal owns a 19-2 (.905) record while ASU is 17-2 (.895) after two games were rained out earlier in the conference season. The NCAA Division I Softball Selection Announcement will be broadcast on ESPNU on Sunday, May 13 at 7 p.m. PT/10 p.m. ET.

STRIKEOUT CANCER
The Sun Devils will join forces with the Golden Bears this weekend for Cal's inaugural StrikeOut Cancer Game on Friday. At that game, both the Golden Bears and the Sun Devils will don pink hair ribbons and encourage all fans to wear pink. Those fans who do wear pink will receive giveaways such as Silly Bandz and foam sticks. Since starting the StrikeOut Cancer initiative more than 10 years ago, the NFCA has raised thousands of dollars to support the fight against cancer.

PREVIOUSLY FOR THE DEVILS
Arizona State completed their fifth sweep of the conference season, the most under the direction of coach Clint Myers, with a three-game victory over the Utah Utes. The Devils racked up 32 runs over the course of the weekend, including seven home runs. Katelyn Boyd took the first-place spot in the record books for career doubles, notching her 56th against the Utes on Sunday.

SCOUTING THE GOLDEN BEARS
California, which has been ranked No. 1 in both polls since week 7, was voted unanimously as the top team this past week. The Golden Bears are led by senior Valerie Arioto, another nominee for the Lowe's Senior CLASS Award, who is hitting .396 on the year with 21 home runs and 55 RBI. In the bullpen, junior Jolene Henderson is in front with a 28-1 record on a 1.10 ERA. Arizona State is 64-44 all-time against California, and last swept the Golden Bears in 2008.

VOTE FOR BOYD FOR THE LOWE'S SENIOR CLASS AWARD | Vote Here
Ten NCAA® softball student-athletes who excel both on and off the field were selected as finalists today for the 2012 Lowe's Senior CLASS Award. Katelyn Boyd has been chosen as one of the 2012 finalist. To be eligible for the award, a student-athlete must be classified as an NCAA Division I senior and have notable achievements in four areas of excellence - community, classroom, character and competition. Vote for Katelyn at http://www.seniorclassaward.com/vote.

The fourth-ranked Arizona State women's golf team kicks off NCAA competition, Thursday, as the No. 2 seed in the NCAA East Regional in State College, PA.

The fourth-ranked Arizona State women's golf team kicks off NCAA competition, Thursday, as the No. 2 seed in the NCAA East Regional in State College, Pa. The Sun Devils are paired with No. 1 seed Alabama and No. 3 seed Duke with tee times starting at 8:36 a.m. ET off the first hole. 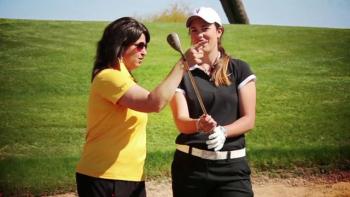 Molinaro, who earned first-team All-Pac-12 honors last week, has recorded seven top-10 finishes and has not finished outside the top-15 this season. The senior also ranks third in the NCAA with a 72.12 scoring average. Sophomores Lee and Ordonez also earned conference accolades with the Pac-12 naming them honorable mention honorees.

The top eight teams and two individuals from each region will advance to the NCAA Championships held at the Vanderbilt Legends Club in Franklin, Tenn., May 22-25. Arizona State currently holds the nation's longest postseason streak with 20-straight NCAA appearances.