Arizona State University’s SkySong helped Scottsdale be recognized as one of the top places to launch a start-up outside of Silicon Valley and New York, according to an article published in the Phoenix Business Journal.

The article mentions how Datafox, a San Francisco-based deal-sourcing and research platform, conducted a study and ranked Scottsdale eighth on its list of more than 12,000 U.S. cities. 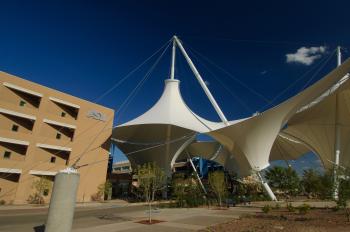 Datafox notes how Scottsdale made important partnerships, specifically mentioning the teaming up with ASU location SkySong.

“Scottsdale fosters deep connections between entrepreneurs, students and community members: For example, SkySong, the live-work center for resources and capital for entrepreneurs, is the result of a collaboration between the city and university,” DataFox said in its ranking explanation. “And according to Hoovers Inc., the city boasts over 13,000 companies founded since 2010 that had at least $5 million in annual revenue.”

According to the Phoenix Business Journal, Scottsdale made the list because it fit three of DataFox’s four metrics, including combining a low cost of living with a high start-up density and strong company growth.