Arizona has become fertile ground for pimps, for-profit Romeos and sex traffickers, thanks to its efficient transportation corridors, a large resort community and mild climate that brings conferences and other tourist attractions year-round, according to an ASU researcher and national expert on the topic.

Dominique Roe-Sepowitz will conclude the spring 2014 Humanities Lecture Series at ASU’s Downtown Phoenix campus with her presentation, “Sex Trafficking In Arizona.” Hosted by the School of Letters and Sciences, the lecture starts at 6:30 p.m., April 17, at the Walter Cronkite School of Journalism and Mass Communication, room 128, 555 N. Central Ave., Phoenix. 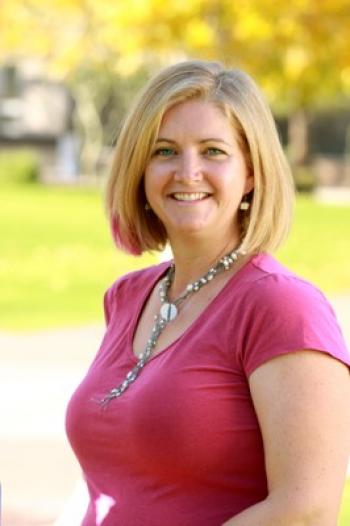 The lecture series, now in its sixth year, is open to the general public and is free.

The theme for this year’s series is titled “The Human Condition.” In addition to sex trafficking, subjects explored this semester include polygamy, the legalization of marijuana and race.

Roe-Sepowitz is an associate professor at ASU’s School of Social Work in the Office of Sex Trafficking Intervention Research and an expert on exploited children and adults, prostitution and the sex industry.

Sex trafficking generates $32-91 billion in profits worldwide, and Arizona has many factors that make it a profitable market.

“Arizona has many borders that are porous, and a great highway system that offers anonymous movement throughout the state and across state lines,” Roe-Sepowitz said. “There’s also lots of men and money, and only one vice unit in the entire state, so there’s not enough eyes on this problem. Pimps and sex traffickers are working 24/7, and we simply don’t have enough man power and resources to combat this issue effectively.”

Roe-Sepowtiz says that a majority of individuals who get lured into prostitution and sex trafficking have experienced emotional, physical and sexual abuse in childhood, and are victims of domestic violence, neglect or abandonment. Often, they run away from their homes, suffer from homelessness and have endured a life of poverty.

“Many of them do not understand normal love because they are missing pieces of what they need in their lives,” Roe-Sepowitz said. “Intimacy, caring and trust have all been taken away by adults, and they have nowhere else to turn.”

That’s when victims usually fall prey to sex traffickers, exploiters and pimps who convince them that they love and care about them.

“There’s almost complete overlap in domestic violence relationships and sex trafficking relationships, and it takes a number of attempts to get out,” says Roe-Sepowitz. “Many times, the victims have very complicated relationships with their abusers and honestly believe they’re in love. They believe that everyone else is out to hurt them and the abuser is the only person who understands them.”

There are solutions, Roe-Sepowitz said, which include mentoring programs, counseling and lots and of patience.

“Being a role model to these young ladies is very helpful; to be non-judgmental even though this person is making a lot of mistakes,” Roe-Sepowitz said. “We also have to be patient and allow them multiple chances to get out of the life. We can’t think that this very complex issue is going to resolve itself simply.”

For more information on the spring 2014 Humanities Lecture Series, call Barbara Lafford at 602-496-0623, or email her at blafford@asu.edu.

A report by ASU's Sustainability Solutions Services and The Nature Conservancy reveals economic opportunities based on small diameter wood.

From 2002 to 2011, Arizona lost a quarter of its forests to wildfires, drought and bark beetle infestation. Decreased public funding for forest thinning and the low economic value of small diameter wood has made the state’s forests especially vulnerable to devastating fires and drought. 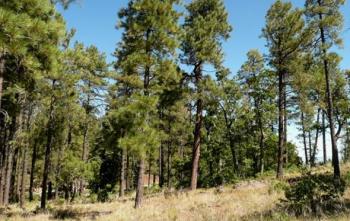 The report, called “Modeling the Economic Viability of Restorative Thinning,” provides an assessment of possible wood processors and consumers, or “business clusters,” if small diameter wood from northern Arizona was sustainably harvested.

“The Nature Conservancy proposed the study because there was uncertainty about how to attract more business investment to accelerate ecologically sound forest thinning before it’s too late,” said Pat Graham, state director of The Nature Conservancy in Arizona. “These results give us hope that we can once again have healthy forests and communities.”

The services surveyed existing businesses, reviewed current and emerging technologies, and toured forest thinning and small diameter wood product operations in Arizona. A generalized model of a forest product supply chain based on small diameter wood was used to investigate industry scenarios in a variety of forested landscapes.

These proposed business clusters would build upon existing investments to accelerate the harvest of small diameter wood to be used in sawmills, which would in turn provide lumber product. Processed wood chips and sawdust would be sold as animal bedding or compressed logs. Slash biomass would become fuel to produce electricity and heat, creating a local source for energy. New businesses would take the government’s place in funding thinning projects.

As Arizona’s forests return to a healthier state, the risk of large, catastrophic fires, erosion and sedimentation of downstream reservoirs will be reduced. Wildlife habitat will be improved, and recreational opportunities will be protected. Healthy forests also produce more water for our rivers and communities.

This is a win-win approach. While Arizona’s economy would grow, the state’s forests would simultaneously become healthier.