Science behind the fiction: 'Clan of the Cave Bear' author to speak


Bestselling author of “The Clan of the Cave Bear” Jean Auel will discuss her new book, “The Land of Painted Caves,” and describe how science informs her work at 1 p.m., April 10 at the Tempe Center for the Arts. Auel will discuss the impact that science and science discovery have had on human life with Ed Sylvester, a science writer and professor of journalism at Arizona State University. 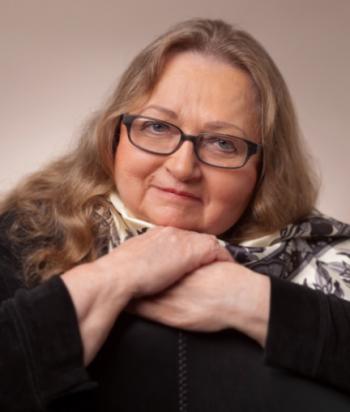 
“A Conversation with Jean Auel” is part of the ASU">http://asunews.asu.edu/20110308_originsfestival">ASU Origins Project Science and Culture Festival held April 7-11 at ASU and the Tempe Center for the Arts. The event with Auel is free and open to the public. A book signing will follow the discussion.


Auel is the author of the successful Earth's Children books, a series of novels set in prehistoric Europe that explores interactions of Cro-Magnon people with Neanderthals. Her novels have sold more than 45 million copies worldwide. The series consists of “The Clan of the Cave Bear,” “The Valley of Horses,” “The Mammoth Hunters,” “The Plains of Passage,” and “The Shelters of Stone.” Now, nearly 30 years after the first book, the newest in the set, “The Land of Painted Caves,” wraps up the story of Ayla, the series’ heroine.


Born and raised in Chicago, Auel was a voracious reader all of her life but did not begin writing until at the age of 40, with a husband and family of five children, she was inspired by the idea of writing a short story that was as entertaining and informative as the books she enjoyed herself. She also began to research mankind’s earliest history and immersed herself in the available historical and scientific data, learning everything she could about life more than 30,000 years ago, including spending the night in a snow cave softening hides with deer brains and learning to start a fire without matches. Her extensive, precise research became a hallmark of her work, earning her the respect of archeologists, anthropologists and paleontologists worldwide for her subtle interpretation of facts and artifacts.


“Scientists have to be objective,” she has stated, “but as an author I have to be subjective. But it is an informed subjectivity, and true to the facts we have.”


Auel received an undergraduate degree from Portland State University and an MBA from the University of Portland. She currently lives in Portland, Oregon, and holds four honorary degrees. Auel was awarded the French government's Ministry of Culture "Officer in the Order of Arts and Letters” medal.


The event is part of the ASU Origins Project's Science & Culture Festival 2011 weekend of events that explore the interface of science and culture. For more information on the festival, visit origins.asu.edu/events/festival or contact origins.project@asu.edu.

This is McCormick’s second-straight Pac-10 Men’s Diver of the Year accolade. The Victoria, B.C., native defended his platform title at the Pac-10 Diving Championships, finishing with a score of 440.70. McCormick, a 2008 Olympian, won both the 1-meter and 3-meter titles at the Zone E Championships. At the NCAA Championships in Minneapolis, McCormick placed eighth on the 1-meter.

Arizona State’s Bradshaw led the Sun Devils to another successful season in 2010-11. Four of his divers - McCormick and juniors Constantin">http://thesundevils.cstv.com/sports/c-swim/mtt/blaha_constantin00.html">... Blaha, Cameron">http://thesundevils.cstv.com/sports/c-swim/mtt/bradshaw_cameron00.html">... Bradshaw and Elina">http://thesundevils.cstv.com/sports/c-swim/mtt/eggers_elina00.html">Elina Eggers - competed at the NCAA Championships, marking the most divers Bradshaw has coached in a National Championship meet. Blaha, the two-time Pac-10 Champion on the 3-meter, finished third in the event at the national meet, while Eggers finished as the national runner-up in the women's platform. This is his eighth Pac-10 Men’s Diving Coach of the Year honor, more than any coach in Conference history.