Medical anthropologist Alexandra Brewis Slade has been named the director of ASU’s School of Human Evolution and Social Change.

Brewis Slade came to ASU in 2006 from the University of Georgia, where she established a powerful suite of sustainability-focused study abroad programs. Those programs are among the best in the world, as evidenced by their recent recognition for excellence and innovation by the Institute of International Education. 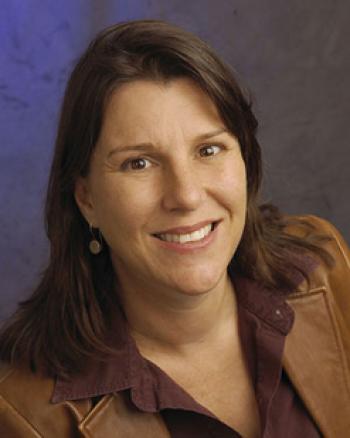 At ASU Brewis Slade continues to champion experiential learning and has designed both study abroad and degree programs that have become exemplars for the university. Having developed programs on almost every continent, she has seen these real-world learning experiences transform students’ academic careers and lives.

“Over the years I have become a convert to the idea that the most profound learning rarely occurs in a large lecture hall – rather it is in challenging students through direct experience in the lab, field or through study abroad," she says. "I am continually amazed by what our students can do when we really push them, which often means moving them outside of their own expectations and comfort zones.”

Also an internationally renowned researcher, Brewis Slade explores the worldwide obesity epidemic – its causes and consequences – from a holistic anthropological angle in her 2011 book "Obesity: Cultural and Biocultural Perspectives." This work drew rave reviews in academic circles but also has popular appeal.

Her most recent research on “fat-stigma” – the idea that even as the world gains weight, negative ideas about that weight appear to be gaining traction – was featured on the front page of the New York Times and was one of the publication’s most blogged-about stories. “This summer, we will be collecting more data in some nine countries, with the help of our fantastic global health undergraduates,” she notes.

Brewis Slade regularly collaborates with a diversity of life scientists and social scientists within and outside the school, and believes that valuable insight into the world’s complex issues can be gained from these partnerships. “I love working on the type of problems to which there is usually no single or easy answer, such as obesity,” she says.

At the helm of the School of Human Evolution and Social Change, Brewis Slade will help guide a team of more than 50 full-time social science faculty in fields such as mathematical epidemiology, anthropology, sociology, political science and geography. In addition, she plans to continue expanding the school’s study abroad and field programs while nurturing existing programs in anthropology, applied mathematics for the life and social sciences, global health, environmental social science and museum studies.

She says she feels privileged to represent what she calls “an outstanding community of social scientists” and to build on “the extraordinary leadership of founding director Sander van der Leeuw.”

“Alex Brewis brings a strong sense of SHESC’s history and mission to her role as director,” said Linda Lederman, dean of social sciences in the College of Liberal Arts and Sciences. “She will provide the leadership to build upon its current platform of excellence as SHESC becomes increasingly visible nationally and internationally, as a model of transdisciplinarity.”

From a 'train wreck' in the sky, a star is born

What happens when galaxies merge? Learn the answer during a free lecture at March 9, at ASU's Tempe campus.

From a 'train wreck' in the sky, a star is born

The speaker will be astrophysics graduate student Karen Knierman from the school of Earth and Space Exploration, and the title will be “Train Wrecks of Galactic Size:  Merging Galaxies and the Stars They Form.” 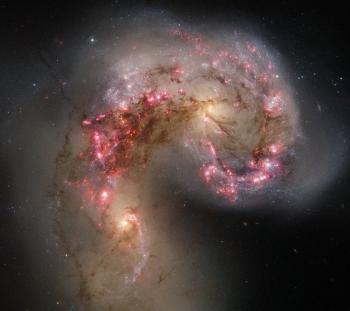 Knierman said, “We will explore the beautiful displays and weird contortions that happen when galaxies merge. These mergers also host new star formation in their centers as well as out in the far-flung debris of the collisions. Recent studies at ASU using Arizona telescopes and the Hubble Space Telescope will be highlighted.”

Following the lecture, which is part of a series of astronomy lectures, there will be a short telescope viewing, weather permitting. For more information on the lecture series, go to http://sese.asu.edu/content/astronomy-public-lecture.