How would you like to spend a few hours a week in a beautiful corner of Phoenix, surrounded by nature, Native American rock art, and an energetic group of individuals? What if you could enjoy all this and serve your community at the same time?

The Deer Valley Rock Art Center, an archaeology museum located in northwest Phoenix, invites the public to a New Volunteer Orientation from 9 a.m. to 11 a.m., Jan. 14. Learn about Phoenix’s most spectacular rock art site and explore many opportunities to meet new people, share your talents and engage your community in the preservation of the past. 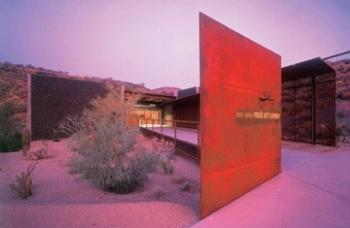 Volunteers are integral to the Deer Valley Rock Art Center’s mission of rock-art education, preservation and research. Volunteers participate in all facets of the center’s operations, from working directly with visitors on tours and for special programs, to assisting with behind-the-scenes projects in collections, research, public relations, membership and other areas.

The Deer Valley Rock Art Center has the largest concentration of Native American petroglyphs in the Phoenix Valley. Visitors hike a quarter-mile trail to view more than 1,500 petroglyphs made between 500 and 7,000 years ago. The museum aims to promote preservation, connection and respect for the site and is a destination for families to learn about archaeology in their own backyard.

The center is managed by one of the top archaeology programs in the country – the School of Human Evolution and Social Change, in the College of Liberal Arts and Sciences, at ASU.

ASU is launching a new lecture series to highlight the importance of redefining the role of high education in society; Teach For America founder Wendy Kopp will be the inaugural speaker.

Arizona State University is launching a new lecture series to highlight the importance of redefining the role of high education in society. At the direction of President Michael M. Crow, ASU has created the Frank Rhodes Lecture Series on the Creation of the Future: A Lecture Series for a New American University.

The lecture series aims to showcase the New American University vision and what the future might look like. Impactful and transformational leaders and thinkers will be invited to share their thoughts with the ASU and wider community each semester. The inaugural lecturer will be Wendy Kopp, founder and CEO of Teach for America. 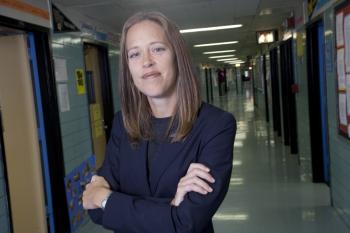 The series is named after Frank Rhodes, former President of Cornell University. Rhodes is considered one of the most important university presidents of the 20th century. His book “The Creation of The Future” played a key role in the creation of the New American University vision.

In the book, Rhodes underscores the importance of the university while also indicating the need for universities to evolve. Said Rhodes, “The distinctive feature of the new American university will still be its commitment to learning in its widest sense.”

Wendy Kopp was selected as the inaugural lecture because of her transformational work in education. Tom Noble, an MBA student at ASU and alumnus of Teach For America, said, “Wendy Kopp is one our country’s real leaders in the fight for education reform. She seems like the perfect person to kick off the lecture series.”

Kopp proposed Teach For America in her undergraduate senior thesis at Princeton University in 1989, and she has spent the last 22 years developing the organization. Under her leadership, Teach For America’s 33,000 participants taught more than 3 million children in low-income areas in the U.S. during their two-year teaching commitments.

Kopp is also the author of two books: “A Chance to Make History: What Works and What Doesn’t in Providing an Excellent Education for All” and “One Day All Children: The Unlikely Triumph of Teach For America and What I Learned Along the Way.”

ASU and Teach For America partner across four key areas: Teach For America Recruitment, Teacher Support and Development, Alumni Leadership and the Phoenix Institute. The ASU Mary Lou Fulton Teachers College has also adapted many of Teach For America’s most successful tools in order to attract, prepare, support and retain more highly effective teachers through the Sanford Education Project.

Teach For American and Teachers College are cosponsors of the Rhodes lecture this semester. It can be watched live from 5 p.m. to 6 p.m., Nov. 29, at http://live.asu.edu/.