In a joint study, researchers at the Johns Hopkins Bloomberg School of Public Health and Arizona State University found evidence suggesting that a class of antibiotics previously banned by the U.S. government for poultry production is still in use. Results of the study were published March 21 in Environmental Science & Technology.

The study, conducted by the Bloomberg School's Center for a Livable Future and Arizona State's Biodesign Institute, looked for drugs and other residues in feather meal, a common additive to chicken, swine, cattle and fish feed. The most important drugs found in the study were fluoroquinolones – broad spectrum antibiotics used to treat serious bacterial infections in people, particularly those infections that have become resistant to older antibiotic classes. 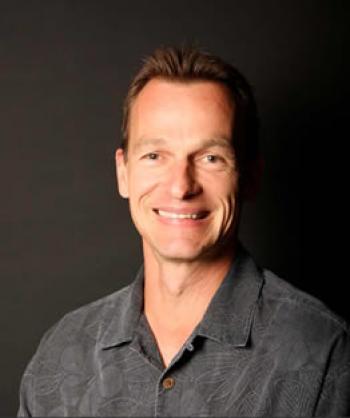 The banned drugs were found in eight of 12 samples of feather meal in a multi-state study. The findings were a surprise to scientists because fluoroquinolone use in U.S. poultry production was banned by the U.S. Food and Drug Administration in 2005.

This is the first time investigators have examined feather meal, a byproduct of poultry production made from poultry feathers, to determine what drugs poultry may have received prior to their slaughter and sale. The annual per capita human consumption of poultry products is approximately 100 pounds, greater than that of any other animal – or vegetable-derived protein source in the United States. To satisfy this demand, each year, the U.S. poultry industry raises nearly 9 billion broiler chickens and 80 million turkeys, according to the U.S. Department of Agriculture. A large percentage of the fresh weight of these animals is inedible – an estimated 33 percent for chickens, for example – and is recycled for other uses, including feather meal.

The rendering industry, which converts animal byproducts into a wide range of materials, processes poultry feathers into feather meal, which often is added as a supplement to poultry, pig, ruminant, and fish feeds or sold as an "organic" fertilizer. In a companion study, researchers found inorganic arsenic in feather meal used in retail fertilizers.

"The discovery of certain antibiotics in feather meal strongly suggests the continued use of these drugs, despite the ban put in place in 2005 by the FDA," said David Love, the lead author of the report. "The public health community has long been frustrated with the unwillingness of FDA to effectively address what antibiotics are fed to food animals."

A primary reason for the 2005 FDA ban on the use of fluoroquinolones in poultry production was an alarming increase in the rate of the fluoroquinolone resistance among Campylobacter bacteria.

"In recent years, we've seen the rate of fluoroquinolone resistance slow, but not drop," said study co-author Keeve Nachman, program director of Farming for the Future at the Johns Hopkins Center for a Livable Future. "With such a ban, you would expect a decline in resistance to these drugs. The continued use of fluoroquinolones and unintended antibiotic contamination of poultry feed may help explain why high rates of fluoroquinolone-resistant Campylobacter continue to be found on commercial poultry meat products over half a decade after the ban."

In the United States antibiotics are introduced into the feed and water of industrially raised poultry, primarily to make them grow faster, rather than to treat disease. An estimated 13.2 million kilograms of antibiotics were sold in 2009 to the U.S. poultry and livestock industries, which represented nearly 80 percent of all antibiotic sales for use in humans and animals in the United States that year.

Researchers also found caffeine in 10 of 12 feather meal samples. "This study reveals yet another pathway of unwanted human exposure to a surprisingly broad spectrum of prescription and over the-counter drugs," noted study co-author Rolf Halden, co-director of the Center for Health Information & Research, and associate director of the Swette Center for Environmental Biotechnology at Arizona State University.

When researchers exposed several strains of E. coli bacteria to the concentrations of antibiotics found in the feather meal samples, they also discovered the drug residues could select for resistant bacteria.

"A high enough concentration was found in one of the samples to select for bacteria that are resistant to drugs important to treat infections in humans," noted Nachman.

"We strongly believe that the FDA should monitor what drugs are going into animal feed," urged Nachman. "Based on what we've learned, I'm concerned that the new FDA guidance documents, which call for voluntary action from industry, will be ineffectual. By looking into feather meal, and uncovering a drug banned nearly six years ago, we have very little confidence that the food animal production industry can be left to regulate itself."

The School of Transborder Studies will launch a new Master of Advanced Studies (MAS) in Transborder Studies starting this fall. The program, designed for the post-baccalaureate student, will offer training that integrates the complex economic, political, educational, ecological, social and cultural issues of Mexican-origin and Latino/a populations of the southwest Northern American region of the United States and Northern Mexico.

Master’s students will be able to specialize in transborder migration, health and applied social policy, transborder media and expressive culture and transborder culture, language and learning. In addition to a research-based focus, the program offers mentoring from leading scholars in these and related fields. The school also has strong ties to community agencies and partners that provide extensive internship opportunities. 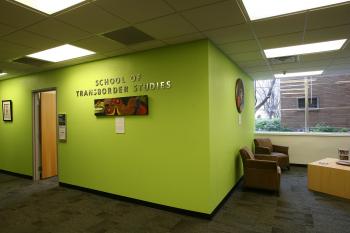 Carlos Vélez-Ibañez, Regents’ Professor and director, views the internships as a “key component of the program since they also reflect the program’s mission to the transborder region as a space and place for study by providing students opportunities to situate themselves in this space engaged in situated learning experiences related to their professional interest within the program’s priorities. We are also hoping to provide scholarship support to qualified students.”

The new program will offer foundational courses in the fall that include the history of the U.S and Mexico populations of the region, as well as a course in epistemologies and transborder thought. “MAS students will discover, examine, and reinterpret the transborder world and then apply this knowledge to better serve the Latino population with whom they work,” says Norma Valenzuela, an academic success specialist excited to be working with prospective students interested in the program.

The 30-credit MAS program in the College of Liberal Arts and Sciences can be completed in 18 months and will offer late afternoon classes structured in 7-1/2 week sessions in classrooms conveniently located on the Tempe campus.

Applications for the inaugural MAS program are being accepted for fall 2012. More information is available at sts.asu.edu or by contacting Norma Valenzuelaa at (480) 965-5091.

The School of Transborder Studies was established Sept. 1, 2010. Its mission is to develop cutting-edge transborder knowledge for and with the populations of the U.S. Southwest-northern Mexico region, and beyond, through socially embedded scholarship, applied research and rigorous instruction.