Scott Parazynski, a technology innovator, will engage students and develop research and programs to support human health in challenging environments 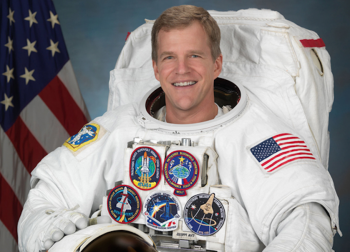 Parazynski joins the Ira A. Fulton Schools of Engineering and the School of Earth and Space Exploration in the College of Liberal Arts and Sciences as a professor of practice on Oct. 1.

“Dr. Parazynski is remarkable, as a physical explorer and former astronaut, and as an entrepreneur who navigates many different areas of endeavor,” said ASU President Michael M. Crow. “His experience and perspective can inform ASU’s space initiatives, help pioneer our high performance medicine partnerships with the Mayo Clinic and build bridges in the areas of bioengineering, earth and space sciences.”

Parazynski holds a doctor of medicine with deep expertise in the fields of space physiology, aviation, biotechnology and human adaptation to extreme environments. He says that while he wanted to help people, he also looked to the stars from an early age.

“My father worked on Apollo, and it was always a dream of mine to go to space,” said Parazynski. “However, it only became tangible when I began my medical training at Stanford Medical School. It was there that I realized, with NASA’s Ames Research Center just down the street, I could craft a career that combined my two life-long career aspirations: to be an explorer and physician.”

Over the course of 16 years, Parazynski was a mission specialist, physician, flight engineer and one of NASA’s most experienced spacewalkers. He flew on five Space Shuttle missions, including STS 66/Atlantis, STS 86/Atlantis to the Russian Space Station Mir, STS 95/Discovery and STS 100/Endeavour to the International Space Station. On his last mission, STS 120/Discovery, he led the unplanned repair of a live solar array, a $1 billion national asset that required new tools and technical development in less than 72 hours.

Parazynski is the recipient of two NASA Distinguished Service Medals, five NASA Space Flight Medals, the Randolph C. Lovelace Award from the Society of NASA Flight Surgeons, the Aviation Week Laureate Award and Lowell Thomas Award from the Explorer’s Club for his contributions.

Parazynski believes that his greatest skill set is creative problem-solving. As a technology innovator, he hopes to engage ASU students in clinical and laboratory environments, and develop research and technology programs to support human health in challenging environments. As a scientist, his unique perspectives can support ASU’s NASA and commercial space endeavors. And as an inventor, he believes that building multidisciplinary teams offers the power to navigate uncharted territories and engineer new approaches, from the challenges of deep space exploration to rural telemedicine, commercialization of inventions and STEM education.

“Young people are excited by the allure of invention, but often don’t understand the difficulties of taking an idea into the marketplace. Math and the sciences are the core languages of the future, even if pursuing careers outside of science,” said Parazynski, who received an R&D 100 Award from R&D Magazine for one of the top innovations in 2010. “Bringing together multidisciplinary teams, including engineering, scientific, legal, financial, marketing and other expertise, is often the missing link. Many new businesses fail because they get too enamored of their idea without thinking through all the other steps.

“ASU offers a remarkable environment in which to work and teach. It is a powerhouse for innovation, entrepreneurship and student training – with the incubator at Skysong, the rapid prototyping facility at the Polytechnic School, the Innovation Challenge efforts pursued in W. P. Carey School of Business, The Biodesign Institute and partnerships with the Mayo Clinic. If you get all the smart people in the room looking at a problem from all their different angles – you have a much stronger chance of success,” he said.

Parazynski was a young achiever. His first invention was a bike-powered lawnmower at age eight. Since then, he’s continued to invent, founded start-up ventures and been consultant to a myriad of commercial enterprises. An experienced diver, pilot and mountaineer, he’s climbed Everest and summited all 59 of Colorado’s peaks over 14,000 feet (called the “Colorado Grand Slam”).

“My bucket list is always full,” said Parazynski. “However, my biggest passion now is the inventive process, working with students and helping people bring out the best in themselves.”

Through her research, ASU criminology student Jillian Turanovic hopes to better understand how people at various stages of life cope with being a victim – an area that is not well studied.

Jillian Turanovic, a doctoral student in the School of Criminology and Criminal Justice, part of the College of Public Programs at Arizona State University, has been awarded a National Institute of Justice Graduate Research Fellowship to support her dissertation research.

Turanovic is the third student in the school to receive this prestigious award. Her dissertation, chaired by professor Michael Reisig, is titled “The Age-Graded Consequences of Victimization.” It examines the harmful effects of victimization on people of different ages in an effort to guide services for victims. 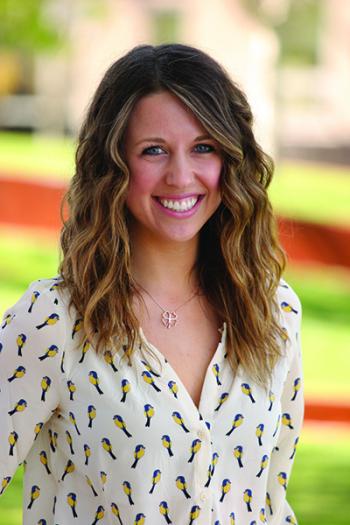 “I am happy that the Department of Justice saw value in this and is interested in my findings. That’s huge for trying to make a difference – and the first step toward improving interventions for victims of violence,” Turanovic says.

Through her research, Turanovic hopes to better understand how people at various stages of life cope with being a victim – an area that is not well studied.

“Most of the research on victimization takes place using data on children and adolescents,” she says. “Thinking about how we help victims cope in effective ways, we are really drawing solely on this research to shape interventions that affect people of many ages. As criminologists, we don’t really know whether these same interventions work for people in emerging adulthood or adulthood.”

She says that different life stages bring different systems of support and differing reactions to victimization. She hopes to find ways across the spectrum – age, socioeconomic circumstances and other variables – to guide coping interventions for victims.

“We know that for teens and adolescents, they tend to act out with delinquent behavior, hanging out with the wrong crowd, getting in trouble at school," said Turanovic. "Later in life, as people accumulate larger social support systems, it is an open question whether or not victimization affects them similarly. Generally, parents are much more important for victims in early life, but later job contacts, romantic partners and other relationships can affect coping.

“I am looking at the supportive social ties that people accumulate over the life course.”

Turanovic says she has been interested in victimization for some time because “victimization is such a different experience than offending.”

“On the most fundamental level, people who engage in crime do so voluntarily. Victimization is not voluntary,” she says, “and it can carry such detrimental consequences.”

As an undergraduate, Turanovic worked in victim services for the police in Canada. She notes, “That experience gave me the opportunity to talk to victims and get a better understanding of the ways in which victimization impacts their lives.”

What interested her most is that some victims rebounded quickly, but for others, the experience led to a host of even worse negative life outcomes – whether with health, job or family.

“It made me question why some fare better than others, why are some more resilient,” she says.

Turanovic has already published on the topic. Her articles focus on personality traits like self-control in determining how people cope with and respond to their victimization experiences.

“I think there is greater recognition that we need to talk to people who do research in health disciplines and in psychology,” she says. “In criminology, we tend to focus on the outcomes for victims as they relate to crime and deviance; psychologists focus on mental health and stress; health researchers focus on obesity and weight control. I really see the need to integrate all of these areas so we collectively have a better understanding of victimization and its impact.”