Renovations began Aug. 1 on the nearly 82,000 gross-square-foot ASU Psychology Building. The building is at the southwest corner of E. Tyler Street and S. McAllister Avenue on the Tempe campus.

The $22.7 million renovation project is slated to be complete by Aug. 7, 2015, in time for the fall 2015 semester. All building occupants are temporarily relocated during construction. 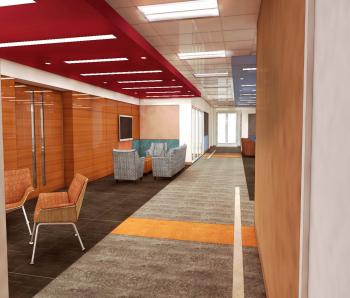 The Department of Pyschology's Child Study Lab – a preschool and family community center – is now located north of the construction site in two temporary, portable buildings.

A pedestrian pathway is open for use that spans between the portables and the lab’s pick-up and drop-off areas, located directly south of the portables. Construction will not affect playground use.

Construction fencing will restrict sidewalks west of the Psychology Building, on the east side of McAllister Mall. The west side of the mall will be clear for pedestrian traffic.

The three-story Psychology Building was built in 1972. Upgrades will be made to all of the building’s infrastructure systems to meet current Psychology Department academic and research needs, and building and life safety codes. The renovations include the following upgrades and installations:

The Psychology Building renovation project is expected to meet the U.S. Green Building Council’s Leadership in Energy & Environmental Design (LEED) Silver certification standards. Additional details about the renovation can be found at: cfo.asu.edu/fdm-psych-renovation.

Questions about the Psychology Building renovation project should be directed to Douglas Stover, project manager senior in ASU Facilities Development and Management. He is available by phone at 480-965-6415 or by email, at douglas.stover@asu.edu.

The Carnegie-Knight News21 program has released a major investigation into the polarizing issues of gun rights and regulation in the U.S.

In the aftermath of the Newtown school shootings and the ongoing congressional stalemate over federal gun legislation, students from 16 universities across the country have contributed to a major investigation into the polarizing issues of gun rights and regulation in America.

Working as part of the Carnegie-Knight News21 program, a national multi-university reporting initiative headquartered at the Walter Cronkite School of Journalism and Mass Communication at Arizona State University, the students analyzed gun laws in all 50 states in order to compile the most comprehensive database on gun-related deaths among children in America. 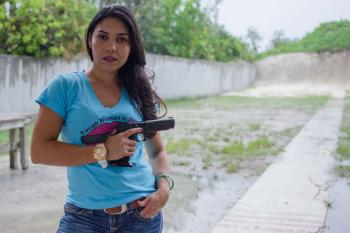 The News21 investigation includes dozens of multimedia stories, videos, databases and photo galleries examining the issue from both sides of the divide. Students traveled to more than 28 states, interviewing hundreds of individuals and sharing their stories.

This year’s initiative includes an unprecedented number of media partners expected to publish portions of the project. More than 60 organizations, including The Washington Post, NBC News, USA Today and Scripps Howard News Service, have signed on as partners.

“Our students have done an extraordinary job investigating one of the most polarizing issues in the country,” Petchel said. “They received remarkable access to people and communities across the nation to show what forms people’s beliefs and cultural perspectives on guns.”

Work on the project started in January with a video-conference seminar on gun issues taught by Downie. The seminar included special guest speakers such as Bob Woodward and Jeff Leen of The Washington Post.

In May, the students participated in an intensive 10-week investigative reporting fellowship based out of a Cronkite School newsroom on the ASU Downtown Phoenix campus. Students traversed the country in multimedia reporting teams, interviewing gun advocates and proponents in both urban and rural areas. Downie said they worked hard to objectively cover both sides of the issue.

“This is not a pro-gun or anti-gun project,” Downie said. “This is a project that explores the conflicts going on right now in the United States. We wanted to represent all views, interests and cultures.”

Petchel said this year’s project is multimedia-driven, with a remarkable number of photos, videos and interactive databases. Like previous years, students also developed in-depth stories on a range of topics, including state responses to mass shootings and America’s hunting culture.

“News21 has allowed me to work with magnificent editors, as well as peers around the country that I'm sure I'll have contact with for the rest of my life,” Cronkite School student Alex Lancial said. “Making those connections is extremely helpful for a career in journalism. News21 has developed my investigative, multimedia, design and collaborative skills, shaping me into a better reporter.”

Journalism in the digital age

Individual students were funded by their universities and by several foundations. This year’s Ethics and Excellence in Journalism Foundation Fellows were ASU students Alex Lancial, Lauren Loftus and Erin Patrick O’Connor, and University of Oklahoma students Carmen Forman, Amy Slanchik and Sydney Stavinoha.