Regents’ Professor Carlos Vélez-Ibáñez is a professor and the founding director of the School of Transborder Studies – the first such school in the nation, but by no means a first for this distinguished scholar. 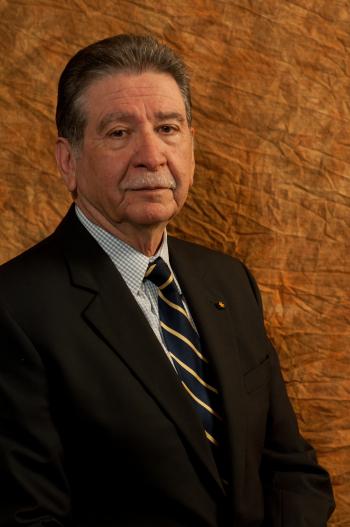 Vélez-Ibáñez’s contributions span more than 30 years and cross many different borders, from his scholastic roots in political science, English and anthropology, to his research and leadership positions with San Diego State University, University of Arizona, University of California-Los Angeles, and University of California-Riverside. It was at UC-Riverside where he founded the Ernesto Galarza Applied Research Center and the Gluck Fellows Program of the Arts, modeled after the Juilliard School of the Arts community arts programs in New York.

The same vision and drive that led Vélez-Ibáñez to create and revamp public policy centers and programs at three major universities brought him to ASU in 2005, where he and his ASU colleagues redesigned the then Department of Chicana/o Studies. The School of Transborder Studies arose through their efforts in 2011. An entirely new model institution, the school was designed to bring the best scholarly and applied knowledge to issues of K-12 preparation and completion, community research programs and development, and the coordination of transborder research between Mexico and the United States.

With Vélez-Ibáñez’s leadership, a new curriculum emerged with a strong orientation to policy and applied practice and insistence on bilingualism and biliteracy. Four undergraduate concentrations were developed: Transborder Media, Literature and Arts; Transborder U.S. and Mexican Regional Immigration Policy and Economy; Transborder Community Development and Health; and Culture, Language, and Learning.

An internationally-recognized social anthropologist, Vélez-Ibáñez’s most recent studies focus on transnational issues of migration, immigration, cultural conflicts, and economic exchange and questions of human rights and civil participation. A dedicated scholar-teacher and devoted leader, he excels in applied research designed to make a difference in the populations he studies.

He has received several notable prizes in anthropology, including the Robert B. Textor and Family Prize for Excellence, and the Bronislaw Malinowski Medal. He is also an elected fellow of the American Association for the Advancement of Science (AAAS), The American Anthropology Association, and the Society for Applied Anthropology. In addition, since 2005, he has been named the Presidential Motorola Professor of Neighborhood Revitalization. He is credited with more than 50 scholarly articles and 11 books, including the widely acknowledged “Border Visions: The Cultures of Mexicans of the Southwest.”

One feature that sets his written body of work apart from many of his contemporaries has been his treatment of populations as history-makers rather than as victims of oppression. Such perspectives became a foundation for much of his applied work and the development of the institutional reforms and formats he went on to create at ASU and within the University of California systems.

“In a sense, Vélez-Ibáñez pursues a much more grounded direction on the ethnographic realities of daily discourse upon which the basis of civil life rests and human rights guaranteed,” says Edward Escobar, who nominated Vélez-Ibáñez for the Regents’ Professorship. “And what is most important to note of all his accomplishments is that their impacts are long term, have lasting utility, and have developed as a strategy of application and understanding that insists on the efficacy of human beings able to contest and solve issues of stratification, miseducation, ill-being, and exploitation and most recently within a transborder context.”

While his institutional and scholarly accomplishments have been many, some say that Vélez-Ibáñez’s most important contributions have come in the arena of public service. For example, his applied research has had important outcomes on policy in areas such as women’s sterilization, educational approaches to increase literacy, community-based research awareness on environmental home health, the implementation of preparatory research programs to enhance the transition of community college transfers to universities, and the development of technology centers for migrants in rural California.

A mile in their shoes: understanding empathy

Karen Gerdes, a social worker at ASU, explains what empathy is, how to measure it and how we can develop it to improve our quality of life and our relationships.

A mile in their shoes: understanding empathy

The human brain evolved to ensure our survival. One example of that survival instinct is our sense of competition – historically, it’s part of what drives us to wage wars over power and resources. But an equally powerful survival tactic is our ability to love and cooperate with others.

“A lot of times, that story never gets told,” says Karen Gerdes, a social worker at ASU. She is interested in empathy, which is the ability to perceive the world from other people’s points of view and to feel what they are feeling. Empathy is a complex emotion because it involves both unconscious, involuntary responses and conscious, cognitive processes. For example, suppose you’ve had a traumatic experience, like losing a loved one. 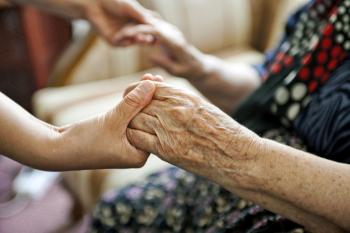 “You see someone else who is going through that experience, and your brain automatically starts firing as if it’s happening to you. That helps you to understand a little bit better about what that person is going through,” Gerdes says.

People who are very empathic tend to be more understanding and have stronger relationships. For a social worker, empathy is also an essential part of the job.

“Social work is all about improving quality of life for people,” Gerdes says. “We do that by helping them to be their better self, and by creating a society that is more supportive. Empathy is at the core of both of those things.”

Gerdes is an associate professor in the School of Social Work in the College of Public Programs. She began studying empathy in 2006 after learning about new research from the field of social cognitive neuroscience.

“They’ve confirmed that our brain is set up to process information in a way that helps us to be more empathic and cooperative,” Gerdes said.

Using functional magnetic resonance imaging (FMRI), neuroscientists can watch empathy in action in a person’s brain through the interaction of four neural networks – groups of neurons that perform specific functions. When all four of these neural networks are engaged, that person is expressing empathy.

Have you ever felt yourself smiling after seeing a stranger laugh, or feeling sad after watching someone else cry?

This emotional “mirroring” phenomenon is called affective sharing, and it’s one of the observable neural networks that define empathy.

“People that are especially sensitive could find themselves feeling angry or irritable or annoyed and not even know why, and it’s because they’re picking up on the emotion of another person who is actually feeling those things,” Gerdes says.

Affective sharing is an automatic, unconscious phenomenon, but there’s more to empathy than just mirroring another person’s emotions. You also must be able to put yourself in their shoes. This is the function of another neural network, called perspective taking. It’s that cognitive ability to understand a situation from the perspective of someone else that separates empathy from sympathy, which is just an expression of concern or sorrow.

The third neural network that defines empathy is self-awareness, or the ability to differentiate between your own experience and that of the person with whom you are empathizing. In the example of losing a loved one, it may be helpful for the brain to remind you of those feelings so you can empathize with a friend, but you also must recognize that your experience is separate from theirs.

“You’re there with them, but you’re open to listening, because their experience is not going to be exactly the same as yours. You need to be able to differentiate that so you’re not imposing things on them that worked for you,” Gerdes says.

“If you put it in the context of a man that abuses his wife, he understands when his wife gets frustrated, the affect sharing is working, but the emotion regulation piece isn’t,” Gerdes says. “He may be feeding off his own anxiety as well as the people around him, and because he can’t control that, he takes it out on the people closest to him.”

Once you understand how these neural networks function, you can actually cultivate empathy. For example, to improve emotion regulation, Gerdes suggests using mindfulness techniques, such as meditation or focused breathing.

“It helps people to cope better with the emotions they’re picking up on from others, to function better at a higher level,” Gerdes says.

It can also be helpful to simply bring the emotional contagion aspect of empathy to consciousness, Gerdes says. Next time you start feeling anxious or irritated for no reason, take note of your surroundings. Are other people in the room angry or sad? Being aware of the contagious quality of emotion can help you determine whether someone’s bad mood is rubbing off on you.

To build your capacity for perspective taking, Gerdes suggests watching movies or reading books about the specific group of people you want to understand. The more you know about the context of a person’s life, the more empathic you can be.

Since empathy is at the core of social work, it’s important to be able to measure it. Gerdes says one of the most accurate measures is the multi-faceted empathy test (MET), which is based on social cognitive neuroscience research. It asks participants to look at 23 sets of photographs of people in emotionally charged situations and then try to determine each person’s emotional state, perspective and intentions.

While MET is an effective test, it also is relatively expensive and requires some training to administer. Most researchers tend to rely on self-report measures because they are inexpensive. The most widely used self-report measure is the interpersonal reactivity index (IRI), which was developed in the 1980s. The problem with IRI is that it ends up assessing a person’s level of sympathy rather than empathy.

“Sympathy and empathy are completely different constructs. They’re probably correlated with each other, but they’re not the same thing,” Gerdes says.

Gerdes is developing a new self-report measure called the empathy assessment index (EAI), which is based on the latest neuroscience research. In a recent study, she tested the measure by comparing data from a group of offenders with a group of social workers. The offenders included men who had been charged with domestic violence or sexual molestation, and at-risk parents struggling with anger management issues.

“We wanted to compare the offenders’ scores on our instrument, the assessment index, to the social workers’ scores. If it’s a valid measure, there should be a significantly significant difference in their scores, and thank goodness there was,” Gerdes says. She hopes to see a shift from the outdated IRI self-report measure to the new, research-based EAI measure, which will be more accurate but just as inexpensive to use.

Empathy is a relatively new word, only having come about in the 20th century. While most social work classes discuss empathy to some extent, few schools have incorporated the latest research into the curriculum. But Gerdes believes they soon will, because empathy is an important concept for both social workers and the general public.