The Counselor Training Center, located on the Tempe campus in Payne Hall (EDB 401), offers quality, low-cost counseling services to the ASU community and to the community-at-large.

The counselors at the center are graduate students working toward either a master's degree in counseling or doctoral degree in counseling psychology. They work under the close supervision of faculty members who are licensed psychologists. The counselors in training work with individuals, couples and families to help them resolve personal, career, marital and adjustment issues that are barriers to healthy relationships and productive lives.

For more information or to make an appointment, contact the Counselor Training Center at 480-965-5067 or visit cisa.asu.edu/ctc.

Clinical Professor Art Hinshaw weighed in on a recent bus driver strike in the southeast Valley during an interview with Mark Brodie of KJZZ on Aug. 2.

Clinical Professor Art Hinshaw weighed in on a recent bus driver strike in the southeast Valley during an interview with Mark Brodie of KJZZ on Aug. 2. 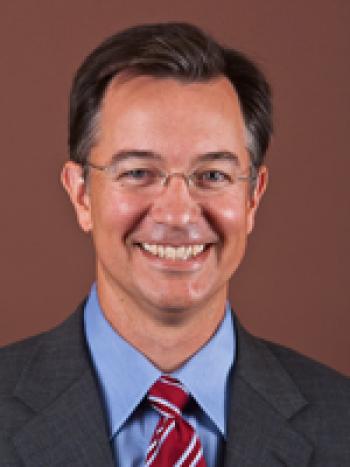 “The negotiators will spend a lot of time going back and forth on this,” Hinshaw said.

He went on to say that the threat of a strike gives a unionized workforce its most leverage in labor negotiations. Once a strike is called, however, a new group of people are brought into the negotiation – those who are impacted by the strike.

Hinshaw is director of the Lodestar Mediation Clinic. His research and teaching interests lie in the field of alternative dispute resolution (ADR), primarily mediation and negotiation. He is active in the ADR community, having served on several academic and professional committees at the state and national levels. Currently, he serves as a member of the American Bar Association’s Standing Committee on Mediator Ethical Guidance.