Poet who mixes mathematics, art to give public reading at ASU

Acclaimed poet Lyrae Van Clief-Stefanon will give a public reading from her work at 7 p.m., March 17, in the University Club on Arizona State University's Tempe campus.

Van Clief-Stefanon, an associate professor of English at Cornell University, will read from her poetry collections “Open Interval,” which was a finalist for the 2009 National Book Award, and “Black Swan,” which won the 2001 Cave Canem Poetry Prize. 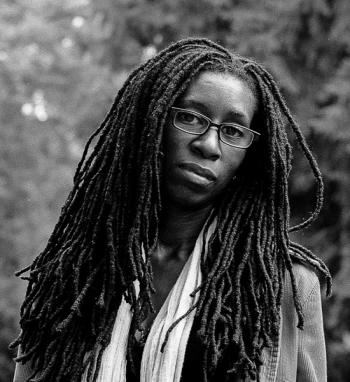 The event is part of the MFA Reading Series sponsored by ASU’s creative writing program in the Department of English, as well as the Distinguished Visiting Writer Series hosted by the Virginia G. Piper Center for Creative Writing.

Cynthia Hogue, a professor of English who holds the Maxine and Jonathan Marshall Chair in Modern and Contemporary Poetry at ASU, praised the daring nature of Van Clief-Stefanon's work.

“Few poets evidence the brilliant range and bold experiment that is everywhere richly evident in Lyrae Van Clief-Stefanon's two award-winning collections,” Hogue said. “’Black Swan’ is a moving work of witness, a testament to the resilience of the human spirit coming through – if not overcoming – trauma. ‘Open Interval’ is located at the juncture of poetry and science, a lyric investigation on the part of a black woman of dis/embodiment, thanks to the happy accident of her name coinciding with a category of stars (Lyrae). We are thrilled to welcome Lyrae Van Clief-Stefanon to the ASU campus.”

The title of Van Clief-Stefanon’s book “Open Interval” references a mathematical term for a line with no end points. The concept of the infinite line – visually represented by open brackets – is a theme throughout the book.

Dorothy Chan, a former student of Van Clief-Stefanon’s at Cornell, now enrolled in the Master of Fine Arts in creative writing program at ASU, offered this analysis of the collection:

“[It] begins with a dedication that references Jimmy Hendrix’s ‘Castles Made of Sand’: '… and it really didn’t have to stop / it just kept on going …’ This infinite loop of desire is the basis of the book,” Chan said.

Chan continued, “Throughout the collection, the speaker(s) both allude to and passionately proclaim their desires – desires discovered through the body, through art, through geography and through history. In this sense, ‘Open Interval’ is set up as an ‘open interval’ of poetry, with the poet utilizing various innovative forms: Dear John letters, ekphrastic works (defined in this case as poems both inspired by and referencing visual art) and the author-stamped ‘RR Lyrae’ poems. This variation continues Van Clief-Stefanon’s infinite motion of poetics.”

In addition to invoking mathematical concepts, both “Black Swan” and “Open Interval” reference and modernize ancient myths. “Black Swan” is an entire contemporary metaphor for the Leda myth – wherein Zeus seduced Leda, the Spartan king’s wife, in the form of a swan. “Open Interval” makes references to Icarus, Penelope and Venus.

According to Chan, by relating to these myths, the speaker inhabits them and comes to terms with both her past and present.

Van Clief-Stefanon has been commissioned by the Museum of Modern Art to contribute work toward its 2015 exhibition, “One-Way Ticket: Jacob Lawrence's Migration Series and Other Works.” The installation explores the mass movement of African Americans from the rural South to the urban North, which began one hundred years ago. It opens in New York on April 3.

In addition to the Department of English and the Virginia G. Piper Center for Creative Writing, other sponsors of Van Clief-Stefanon’s ASU reading are the Marshall Chair in Modern and Contemporary Poetry and the College of Liberal Arts and Sciences.

The Office of Equity and Inclusion at Arizona State University recently added two new senior equal employment opportunity consultants in its ongoing effort to promote a campus culture that is free from discrimination, harassment and retaliation.

The Office of Equity and Inclusion at Arizona State University recently added two new senior equal employment opportunity consultants in its ongoing effort to promote a campus culture that is free from discrimination, harassment and retaliation. 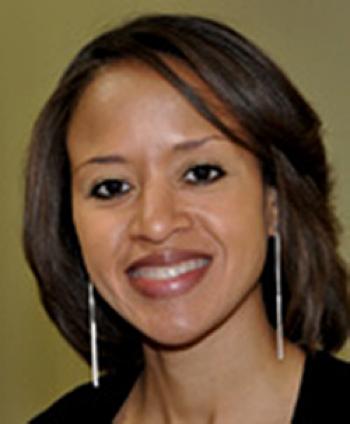 Before joining the DES, Walker worked at a national law firm in Phoenix. She has a bachelor's in business management from the Honors College at the University of Southern Mississippi and a law degree from Mississippi College Law School.

Erin Ellison, who joined ASU in September, has an extensive background in equal opportunity-related work with experience in investigations, affirmative action, mediation and educational equity. Her previous work experience includes positions with the Metropolitan Council (Minnesota), the City of St. Paul Department of Human Rights and the U.S. Equal Employment Opportunity Commission.

At the Office of Equity and Inclusion, Ellison works extensively with academic units and Human Resources on complaint investigations, trainings, conflict resolutions and application of equal opportunity-related laws and policies.

Ellison holds a bachelor of arts degree from the University of Minnesota-Twin Cities and a law degree from William Mitchell College of Law. Ellison, who is the daughter of ASU Football Hall of Famer Windlan Hall, also is a judge advocate in the U.S. Army JAG Corps, Reserve Component, and is knowledgeable on the military’s equal opportunity policies and SHARP programs.

Both Walker and Ellison will work under the direction of the office's executive director Kamala Green to ensure thorough and timely investigations of allegations of employment discrimination or harassment. They also will work with Jodi Preudhomme, Title IX coordinator and special counsel, to investigate sex discrimination complaints under Title IX.