Matson, a Hudson, Wis., native, is a pioneer in environmental science. Her research addresses issues such as: sustainability of agricultural systems; vulnerability of people and places to climate change; and global change in nitrogen and carbon cycles. She has worked to develop agricultural approaches that reduce environmental impacts while improving livelihoods and human well-being with multi-disciplinary teams of researchers, managers and decision-makers. 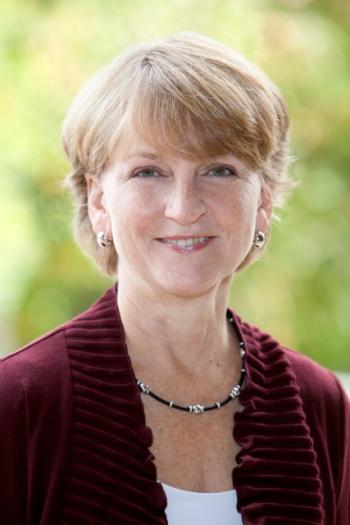 Dean of the School of Earth Sciences and senior fellow at the Woods Institute for Environment at Stanford University, Matson is an elected member of the National Academy of Science and the American Academy of Arts and Sciences. She was awarded the prestigious MacArthur Fellowship in 1995 for her trailblazing work.

In addition to serving on advisory boards for Arizona State University’s Global Institute of Sustainability and Colorado State University’s School of Global Environmental Sustainability, she has been a part of numerous National Academies' committees, including the Board on Sustainable Development, the Board on Global Change and the Committee on America’s Climate Choices. She also served on the science steering committee for the International Geosphere-Biosphere Program.

Matson was the founding chair of the National Academies Roundtable on Science and Technology for Sustainability and founding editor for the Annual Review of Environment and Resources. She is a past president of the Ecological Society of America, serves on the boards of the World Wildlife Fund and the ClimateWorks Foundation and directs the Leopold Leadership Program at Stanford University.

The most recent among her nearly 175 publications are “Seeds of Sustainability: Lessons from the Birthplace of the Green Revolution” and the National Resarch Council volume, “Advancing the Science of Climate Change.”

Matson received her bachelor’s degree in biology from the University of Wisconsin – Eau Claire, her master’s in environmental science from Indiana University and her doctorate in forest ecology from Oregon State University.

Stiglitz, a native of Gary, Ind., is regarded as one of the world’s top authorities on macroeconomics and monetary theory; development economics and trade theory; public and corporate finance; theories of industrial and rural organization; and theories of welfare economics, income and wealth distribution. 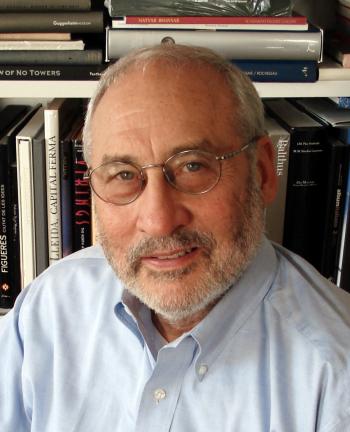 In 2001, he was awarded the Nobel Prize in economics for his analyses of markets with asymmetric information. He was also a lead author of the 1995 Report of the Intergovernmental Panel on Climate Change, which shared the 2007 Nobel Peace Prize.

Named one of the 100 most influential people in the world in 2011 by Time Magazine, Stiglitz is credited with creating a new branch of economics called “the economics of information,” which explores the consequences of information asymmetries, and pioneers such pivotal concepts as adverse selection and moral hazard, which have now become standard tools not only of theorists, but also of policy analysts. His work has helped explain the circumstances in which markets do not work well and how selective government intervention can improve their performance. In the 1980s, he helped revive interest in the economics of research and development.

Since the financial crisis of 2008, he has played an important role in the creation of the Institute for New Economic Thinking, which seeks to reform the discipline so it is better equipped to find solutions for the great challenges of the 21st century.

Stiglitz has authored a series of highly popular books that have had an enormous influence on global debates surrounding economic issues, including the continued impact of financial market deregulation in the 1990s; globalization; the origins of the Great Recession and policies that would lead to robust recovery; and the cost of the war in Iraq. His most recent book, “The Price of Inequality: How Today's Divided Society Endangers Our Future,” highlights the United States as having the least equality of opportunity among the world’s advanced countries, and the role politics plays in shaping market forces that affect inequality.

During the Clinton administration, Stiglitz served on the Council of Economic Advisers, first as a member and then as chairman. He was chief economist and senior vice-president of the World Bank from 1997 through 2000, and was asked by French President Nicolas Sarkozy in 2008 to chair the Commission on the Measurement of Economic Performance and Social Progress. He was appointed chair of the Commission of Experts on Reform of the International Financial and Monetary System by the president of the United Nations General Assembly in 2009.

For his contributions to economics and journalism, Stiglitz has been awarded the prestigious Loeb Prize, the European Literary Prize, the Bruno Kreisky Prize for Political Books and the Robert F. Kennedy Book Award. He is a fellow of the National Academy of Sciences, the American Academy of Arts and Sciences, the American Philosophical Society and the Econometric Society, and a corresponding fellow of the Royal Society and the British Academy. He has also received decorations from several governments, including Colombia, Ecuador and Korea, and most recently became a member of France's Legion of Honor. He is the current president of the International Economic Association.

A graduate of Amherst College, Stiglitz received his doctoral degree from the Massachusetts Institute of Technology (MIT) in 1967. He has taught at Princeton University, Stanford University and MIT in the U.S., and the University of Oxford in Britain. He currently co-chairs Columbia University's Committee on Global Thought, and is the founder and co-president of the Initiative for Policy Dialogue at the university.