The Phoenix-area housing market is experiencing a normal seasonal spring bounce in activity and prices, but what will happen next? A new report from the W. P. Carey School of Business at Arizona State University talks about the waves of consumers that will likely start returning to the housing market next year, for the first time since the recession.

Here are the latest details about Maricopa and Pinal counties, as of March: 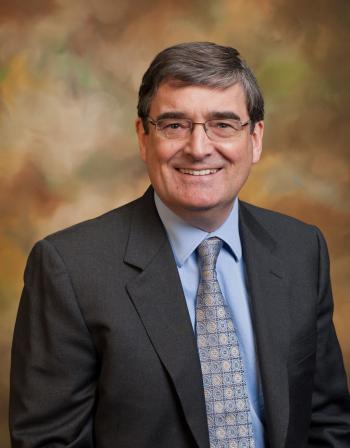 • The median single-family-home sales price recovered from two months of drops and is back to a level similar to December.

• However, demand and sales activity are still dramatically lower than at this time last year.

• The report’s author examines why certain waves of consumers may start returning to the housing market over the next several years.

Phoenix-area home prices quickly rose from a recession low point in September 2011 until last summer, when the jumps slowed down. Then, this January and February, we saw the first two back-to-back monthly drops in the area’s median single-family-home sales price. This March, we saw that dip erased, but probably not for long.

“The bounce is a normal effect of the busy spring sales season, combined with a lot more high-priced homes in the current sales mix,” says the report’s author, Mike Orr, director of the Center for Real Estate Theory and Practice at the W. P. Carey School of Business. “The period from March to May is almost always the strongest part of the year for demand, and it is highly probable we will see pricing fade again during the summer months, when the luxury, snowbird and active-adult markets go relatively quiet. We may still be looking at little to no annual price appreciation by the end of the year.”

The median single-family-home sales price was up about 17 percent from last March to this March – from $175,000 to $204,520. The average price per square foot was up 15.5 percent. The median townhouse/condominium sales price was up 16 percent. We no longer have a tight supply of homes for sale like we did at this time last year. Supply stabilized in March, with 64 percent more listings this April 1 than last April 1.

However, low demand continues to be a problem. Single-family-home sales activity was down 20 percent this March from last March. Some of the drop comes from regular home buyers, but also institutional investors are just not as interested in Phoenix, now that better bargains can be found in other parts of the country with more foreclosures. The percentage of residential properties purchased by investors in the Phoenix area this March was down to 17.4 percent from the peak of 39.7 percent in July 2012.

“The institutional investors are doing very little buying or selling in the Phoenix area at the moment,” says Orr. “Their focus has turned to property management, rather than acquisition or disposal.”

• Luxury homes priced at more than $500,000 represented 11 percent more of the market’s sales activity this March than last March. High-end demand for homes above $1.5 million was greater in the first quarter of this year than in any first quarter since 2007.

• Rental homes are experiencing very strong demand. Interest is so robust that only a one-month supply is currently available on the market.

• Multi-family construction permits are on a strong upward trend. In fact, Orr says the first quarter of 2014 was the second-highest quarter for multi-family permits in 12 years.

Meantime, single-family construction permits were down 18 percent this March from last March. New-home sales were down 15 percent.

Orr says, “A key underlying problem for current housing demand is lack of household formation due to many factors, including unemployment, falling birth rates, lower net migration and greater home-sharing, especially among millennials. However, we could see lenders become the most influential decision-makers in this situation. Many lenders are hurting for business, with mortgage applications at their lowest level since 2000, and some may become more forgiving, accepting lower credit scores for loans.”

Orr also predicts we’ll see the first major waves of consumers who lost their homes through foreclosure during the recession coming back into the market, starting next year. He says those who lost their homes at the beginning of the downturn will have spent their required seven years in the “penalty box,” and they’ll reemerge from 2015 to 2019. He adds it’s just a question of how many of them want to try again at home ownership.

Everything media need to know for ASU's spring commencement.

Media are invited to a pre-commencement press conference with America’s top educator Secretary of Education Arne Duncan between 6:30-6:50 p.m. on Wednesday, May 14, 2014 in Room 329 in Ed and Nadine Carson Student-Athlete Center at ASU Tempe campus. RSVP required by 5 p.m., Monday, May 12. 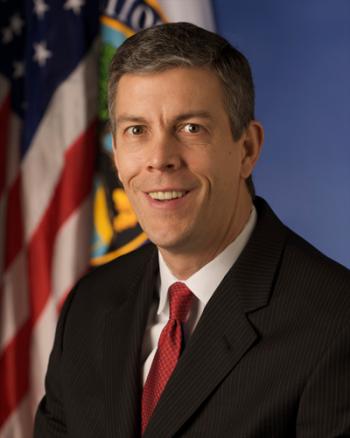 Please find information regarding media coverage the day before and of commencement, including time and location, press entry, parking, speaker and honorary degree recipients, and RSVP deadlines.

Overview of the 2014 spring undergraduate commencement

Please find the ceremony overview of the 2014 spring undergraduate commencement. It is subject to change.

The 2014 spring undergraduate commencement ceremony will be streamed live on ASU Live.

This spring, more than 12,000 students are set to graduate. They come from diverse backgrounds and a wide range of disciplines. They are looking to start businesses, change the world, travel to new places and learn new cultures. Many of them are outstanding graduate award winners. Take a look at our class of 2014.

Arizona State University has announced U.S. Secretary of Education Arne Duncan will address more than 10,000 undergraduate students receiving diplomas at the spring 2014 undergraduate ceremony, May 14 on the Tempe campus. The graduate commencement ceremony is scheduled for 10:30 a.m., May 12, in Wells Fargo Arena.

Secretary of Education to serve as official commencement speaker

U.S. Secretary of Education Arne Duncan will serve as the official speaker at the May 14 undergraduate commencement at Sun Devil Stadium. Duncan was named to his cabinet position by President Barack Obama and confirmed by the U.S. Senate in January 2009. He is the ninth U.S. secretary of education.