Partnership to advance next phase of radiation exposure device project

Arizona State University’s Biodesign Institute has announced a partnership with Life Technologies Corporation as it enters the next phase of a multimillion-dollar, multi-institutional research project to develop a medical device to rapidly assess an individual’s exposure to radiation in the event of a nuclear incident.

The project enters a $9.33 million contract option as part of a five-year, $35.44 million project funded by the Biomedical Advanced Research and Development Authority (BARDA) within the Office of the Assistant Secretary for Preparedness and Response, U.S. Department of Health and Human Services. This phase will focus on prototype development of a gene-expression based system for individuals exposed to abnormal levels of radiation. 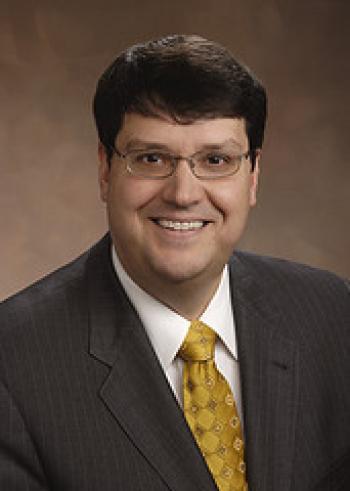 “We are pleased that Life Technologies is joining our team as a commercial partner,” said Lee Cheatham, deputy director of ASU’s Biodesign Institute and lead investigator of the project. “We have completed initial scientific feasibility and now must develop a working device. Life Technologies’ experience in delivering FDA-cleared assay systems to the marketplace is a great fit for this project. Their strong product focus will ensure that we develop for BARDA an effective and easy-to-use system.”

“In the event of a nuclear emergency, potentially thousands of people would need to be screened per day,” said Ronnie Andrews, president of medical sciences at Life Technologies. “We are very proud of the robustness of our instruments that they would be selected for this type of application.”

The partnership is designed to develop genetic assays that would be run on several Life Technologies real-time PCR instruments including the Applied Biosystems 7500 Fast Dx and the QuantStudio Dx. All of these instruments perform a reaction called real-time PCR (polymerase chain reaction), a method of rapidly producing DNA from a small starting amount, detecting genetic matches if present and reporting the results.

Since the project was launched in 2010, ASU has led the research activities, demonstrating that the science of gene expression is a viable approach to directly measure radiation exposure. Of the 11 project teams launched in 2010, the ASU team is one of six continuing development.

Developing the system required the identification and validation of biomarker signatures to provide an accurate indication for the level of absorbed radiation. Joshua LaBaer, director of the institute’s Virginia G. Piper Center for Personalized Diagnostics is leading the biomarker effort. Sally Amundson, Columbia University Medical Center in New York City, is providing extensive experience in the identification of radiation responsive genes and biodosimetry measurements. Researchers from Translational Genomics Institute in Phoenix, HTG Molecular in Tucson, and the University of Arizona have also contributed to the early phases of the project.

The ASU effort is part of BARDA’s congressionally mandated program to develop medical countermeasures against chemical, biological, radiological and nuclear threats, and against pandemic influenza and emerging infectious disease outbreaks and other natural and intentional threats to public health.

One of the leading professional associations of computing experts honors an ASU computer scientist and engineer for outstanding contributions.

Arizona State University professor K. Selcuk Candan has been selected for special recognition by the world’s largest computing society for his achievements in computer science and engineering.

He was recently named a Distinguished Scientist by the Association of Computing Machinery (ACM) for contributions to research advances and significant impacts in the fields of computing, computer science and information technology. 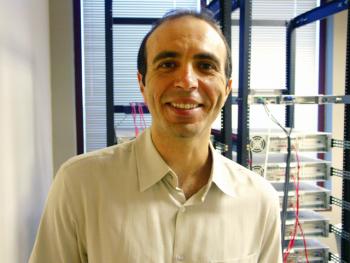 Candan is on the faculty of the School of Computing, Informatics, and Decision Systems Engineering, one of ASU’s Ira A. Fulton Schools of Engineering. He joined the university’s faculty in 1997.

Candan’s work “has consistently been beyond the norm in scientific innovation and impact,” the nomination for his selection for the Distinguished Scientist honor stated.

“He has made pioneering contributions to the multimedia community,” says Sethuraman Panchanathan, a professor of computer science and engineering, and senior vice president of ASU’s Office of Knowledge Enterprise Development.

“He is not only prolific in making fundamental advances in his research but is also able to translate those discoveries into impactful outcomes to society,” Panchanathan adds.

Colleague Richard Snodgrass, professor of computer science at the University of Arizona, credits Candan for major contributions for multimedia databases and web-content management, and for being “exceedingly well organized and effective in his leadership” within his professional community.

His work over the years has attracted grants from the National Science Foundation, the Mellon Foundation, and HP (Hewlett-Packard) Labs, among others, and led to industry research collaborations with IBM, Johnson Controls Inc., HP Labs and NEC Labs, one of the largest multinational information technology corporations.

Candan is on the graduate faculty of the arts, media and engineering program, and is also a senior sustainability scientist with ASU’s Global Institute of Sustainability.

His research has had strong impacts in diverse areas, including technologies and systems to enable people who are blind to have better access to educational materials and advances that have helped e-businesses to thrive.  His work has earned him nine patents.

As an educator he has guided seven students to doctoral degrees and 30 to master’s degrees, and supervised three post-doctoral researchers. He is currently adviser to an additional seven doctoral students and two master’s degree students.

He has mentored numerous summer interns at the NEC Labs America, for which has been a visiting scientist for more than a decade.

In 2012, Candan received the Ira A. Fulton Schools of Engineering Top Five Percent Teaching Award, which are based largely on student nominations and teacher evaluations by students.

In professional service, Candan has served on the editorial board of the Very Large Databases journal, one of the leading journals in the computer science and engineering field. He’s currently an associate editor for the journal IEEE Transactions on Multimedia and for the Journal of Multimedia.

He’s been an organizer and program chair for several workshops and conferences, including a Multimedia Information Retrieval workshop, which evolved into a full-fledged ACM conference.