"Some of the most contentious social and constitutional issues today – the constitutionality of Arizona's SB 1070, of the individual mandate in the Affordable Care Act, and of prohibitions of marriage equality – are ultimately being fought over as issues of federalism," says Erwin Chemerinsky, noted constitutional scholar and founding dean and Distinguished Professor of Law at the University of California, Irvine. "This is not unusual for the United States."

Chemerinsky continues: "Throughout American history, crucial questions constantly have been argued over in terms of states' rights. This is because federalism arguments give opponents of progressive change a way to challenge it while not arguing the merits. But these challenges should be no more persuasive today than they were in opposing  the abolition of slavery, the New Deal, or the end of segregation." 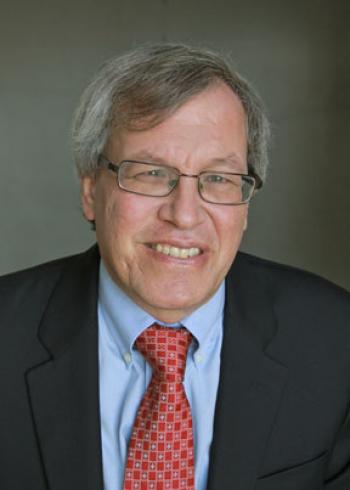 This topic will be at the heart of Chemerinsky's remarks at 7 p.m., Feb. 20, when he presents ASU's 13th annual John P. Frank Memorial Lecture, titled "States' Rights in the 21st Century: Immigration, Health Care, and Gay Marriage." The event is scheduled to take place in Neeb Hall, on ASU's Tempe campus, and is free and open to the public, though seating is limited to 300.

Inspired by U.S. civil rights lawyers of the 1950s and 1960s and how they transformed society, Erwin Chemerinsky says he pursued a law career with the belief that law is the most powerful tool for social change – a belief he still holds today.

A graduate of Harvard Law School, he served on the law faculties at DePaul, USC and Duke before joining the University of California, Irvine School of Law, in 2008, where he was determined to build from the ground up a law curriculum for the 21st century.

Chemerinsky holds expertise in Constitutional law, federal practice, civil rights and civil liberties, and appellate litigation. He has written seven books, most recently "The Conservative Assault on the Constitution" (Simon & Schuster, 2010), and nearly 200 law review articles. In addition, Chemerinsky writes regular columns for California Lawyer, Los Angeles Daily Journal and Trial Magazine, and is a frequent contributor to and commentator on legal issues for national and local media.

He regularly argues criminal and civil appellate cases pro bono in the Supreme Court, federal courts of appeals, and state supreme courts. In his early career Chemerinsky served as a trial attorney with the U.S. Department of Justice and the Washington firm of Dobrovir, Oakes & Gebhardt.

One of the signature lecture series in ASU's College of Liberal Arts and Sciences, the John P. Frank endowed lectures honor the memory of John P. Frank (1917-2002), a leader in the Arizona legal community and one of our nation's great legal minds. Frank is recognized as part of the team that represented Ernesto Miranda before the U.S. Supreme Court in 1966 – the case in which the High Court ruled that suspects must be advised of their right to legal counsel. Frank wrote or delivered arguments for numerous First Amendment and desegregation cases and made important contributions to the historical brief for Brown v. Board of Education. He is remembered as well for his expertise in civil procedure and standards for judicial disqualification. A lawyer, constitutional scholar, historian, author and mentor, his opinion was sought by presidents and Supreme Court justices and he was influential in shaping public policy in Arizona and the nation.

The series, which is sponsored by Justice and Social Inquiry in the School of Social Transformation, honors Frank's lifelong commitments to justice, scholarship and law, and has been made possible through the generosity of Frank's many friends and admirers as well as the Phoenix law firm of Lewis and Roca, which Frank joined in 1954.

To learn more about the Feb. 20 John P. Frank Memorial Lecture, contact Jennifer Brown in the School of Social Transformation at 480-727-8714.

The College of Liberal Arts and Sciences Law

UP NEXT
The Arizona State women's basketball team closes out the home portion of its 2011-12 schedule this week when it hosts Washington (Thursday at 6:30 p.m. MT) and Washington State (Saturday at 2 p.m. MT). This week's games will be the final at home for Sun Devil seniors Kali Bennett, Kimberly Brandon, Alex Earl, Olivia Major and Haley Parsons, who will be honored in a ceremony following Saturday's game against the Cougars.

ASU went 9-2 in non-conference play and won its first Pac-12 contest (defeated Arizona 60-45 on Dec. 31) before losing three straight games vs. USC, vs. UCLA and at Oregon State to fall into a tie for ninth place in the Pac-12. The Sun Devils then rebounded with five straight wins, including wins on the road at Oregon, at Washington and at Washington State, to climb all the way back into a tie for second place. Consecutive home losses to No. 4 Stanford and Cal and a loss on the road to Utah sent ASU back into a tie for fifth place before the Sun Devils bounced back with Saturday's win at Colorado.

Janae Fulcher (16 points) and Earl (career-high 14 points) came off the bench to combine for 30 points to help propel ASU on Saturday. Bennett added 10 points for the Sun Devils, who came through with another solid defensive effort as they held Colorado more than 16 points below its scoring average.

Promise Amukamara (seven points) came off the bench to combine for 14 points in the second half.
Two days later at Washington, it was Deja Mann who came through in the clutch as the junior guard scored seven of her 12 points in the final 4:30 while Brandon hit a pair of free throws with eight seconds left to help the Sun Devils preserve the win.

RADIO/WEBCAST
Thursday's game vs. Washington can be heard live on The Fan AM 1060. Coverage will begin at 6 p.m. Veteran broadcaster and the state of Arizona's 2010 Broadcaster of the Year Jeff Munn is in his eighth season as the voice of ASU women's basketball. He will be joined by former Sun Devil head coach Maura McHugh.
Fox Sports Arizona will also be carrying a live webcast of Thursday's game at www.foxsportsarizona.com.