Like discovering fire or creating stone tools, transitioning from hunter-gatherer to farmer was a defining change for humans. As such, anthropologists have studied the rise of food production extensively — both what spurred the change and its effects on human societies.

David Sandeford, a graduate student at the School of Human Evolution and Social Change, recently proposed a new model that encompasses the many components of human societal change in response to food production. He calls it the cultural niche construction model. 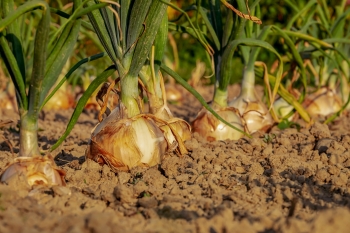 Sandeford found that while earlier research and models described important aspects of the transition, they didn’t explain all of the data.

The new model was designed after testing existing models on data from 40 human societies throughout time and around the world. Sandeford analyzed population growth, physical energy expenditure and societal reorganization. He compared hours spent per day producing food among foragers and farmers, as well as food productivity with varying levels of farming technology.

Sandeford suggests the cultural niche construction model can be applied to a broader scope of human societal growth scenarios than existing models.

“The transition from hunting and gathering to farming is one of the most important events in human history and questions about its causes and consequences are central to anthropology,” Sandeford said. “The standard narrative about the transition tells a story in which population pressure and political exploitation caused the leisurely and egalitarian lifestyle of hunter-gatherers to be replaced by a life of farming which, over time, has required more and more work for less and less food. The data, however, tell a different story.”

The paper “A quantitative analysis of intensification in the ethnographic record” published in Nature Human Behavior in May 2021.