Need a good book to read? Ask the English Department

For avid readers, there are always too many books and too little time.


But every once in a while, there might be a moment where you’re just not sure what you want to pick up next. Nothing on your list seems just right. So where do you turn for suggestions? 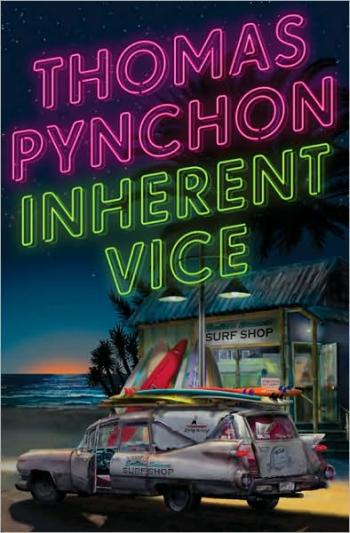 
The Department of English’s “Faculty and Staff Book Picks, 2009-2010,” might be a good place to start. Here, a baker’s dozen staff and faculty recommend their recent favorites, ranging in genre from poetry and spiritual handbook to biography.


Sally Ball, assistant professor of English in creative writing, recommends “Museum of Accidents,” a new book of poems by Rachel Zucker. This book is “accessible, funny, devastating, and the most eye-opening tour-de-force vision of motherhood that I know of in poetry or prose,” Ball said.


Deborah Clarke’s pick, “The Financial Lives of the Poets,” by Jess Walter, actually is a novel, and “one of the first novels to come out on the current economic situation,” said Clarke, a professor of English in literature.


The story’s main character, Matthew Prior, quits his job as a journalist to set up a Web site offering financial advice in poetic form. Of course it fails, and he returns to journalism, having lost all his seniority, and then loses his job in the downturn.


“The book is a hoot, interspersed with bits of poetry—or, at least, verse—and follows the pathetic attempts of a rather comical loser,” Clarke said.


Jessica Early, assistant professor of English in English education, recommends “Lark and Termite,” by Jayne Anne Phillips. It is, she said, “one of the best books I've read all year!


“It's a beautiful description of a family dealing with disability, war, and childhood trauma.”


Adviser Sada Gilbert is on a Barbara Kingsolver kick, re-reading some of her favorites, including “The Bean Tree” and “Pigs in Heaven.” “It’s always a treat to read an Arizona author,” she commented.


Gilbert also recently read “No Death, No Fear” by Thich Nhat Hanh, who is a Buddhist monk/teacher/peace activist.


Phillip Karagas, who handles scheduling for the department, recommends “The Scarecrow Video Movie Guide,” by the Staff and Friends of Scarecrow Video.


“This wonderful little tome may seem like an odd choice for light reading but, dear readers, this is not the case! Dedicated to the kinds of odd-ball, low-budget, or just plain insane films that don't always make it to DVD, the ‘Scarecrow Video Movie Guide’ reads like the pulpiest of fiction.”


Poetry has been on outreach coordinator Kristen LaRue’s list lately, with Rumi’s “Bridge to the Soul: Journeys into the Music and Silence of the Heart” leading the way.


“I recently re-discovered a little book of poetry that I received as a gift a year ago but never fully explored. Published in celebration of the Persian poet Rumi’s 800th birthday, the collection of verse is beautifully translated and realized,” LaRue said.


Joe Lockard, associate professor of English in literature, swings the opposite of LaRue with “Driven Out: The Forgotten War against Chinese Americans,” by Jean Pfaelzer. This book, Lockard said, is “a heavily-researched history of mid-to-late 19th-century pogroms up and down the West Coast against Chinese immigrants. Those familiar with pretty northern California towns such as Eureka or Arcadia will be surprised to discover ugly histories of mass expulsions and liquidation of Chinese communities.”


And in yet another direction, Keith Miller, professor of English in rhetoric and composition, suggests “Thelonious Monk: The Life and Times of an American Original” by Robin D.G. Kelley.


According to Miller, “Intelligent people recognize jazz composer and pianist Thelonious Monk as one of the four or five greatest American composers and musicians. One could argue that, over the last maybe 150 years, no one in the world has created such astonishing and astonishingly original piano compositions as Monk or has played the piano in so originally.


Richard Newhauser, professor of English in literature, fittingly recommends a new novel. “Recently I read Thomas Pynchon's latest novel, “Inherent Vice,” a detective story set in the hippie scene in Los Angeles in 1970. The main character, Doc Sportello, is a private detective who gets himself into some hilarious situations (at one point, three stoners sit watching a large package of heroin in the belief it is a new kind of television set until Doc has to take it away).”


“We appreciated the book so much that after listening to the tape we bought the book so we could read portions in class and loan it to students,” they said. “On the whole, it is a fascinating case study of the complications of today’s communication techniques and how information can be manipulated to achieve prescribed goals.”


This year, Robert Sturges, professor of English in literature, discovered the contemporary novelist and short-story writer Andrea Barrett, and has been immersing himself in her work, including “The Voyage of he Narwhal,” “Ship Fever,” “Servants of the Map” and “The Air We Breathe.”


“In all of them we keep meeting the same characters along with both their ancestors and their descendants, so the more you read of Barrett, the more you feel you're in the midst of a single, endlessly unfolding family saga, which personalizes her characteristic themes: the social consequences of science and exploration,” he said.


On a more serious note, Laura Turchi, clinical professor of English in English education, recommends “Predictably Irrational: The Hidden Forces that Shape Our Decisions” by Dan Ariely, a behavioral economist.


“He likes to think about human decision making within the ‘architectures of choice’ that marketers create, as illustrated by 2-for-1 subscription offers, the pricing of fancy lattes, and the 30-day money-back guarantee. His book takes us through the social world and the market world, and he describes how both impact our personal and professional lives, our beliefs in independence and autonomy notwithstanding,” she said.

Wrestling coach aims to take team to the top

ASU wrestling coach Shawn Charles is hoping to coach his team of “soldiers” to the top, with a little hard work and community support.

Wrestling coach aims to take team to the top

Editor's note: This article first appeared in Spark">http://sparkmagazine.com/">Spark Magazine and has been republished with permission.

Shawn Charles, an ASU two-time Pac 10 individual champion in 1992 and 93 and an all American for all four years of college, is back in his home state of Arizona ready to coach his team to the top.

Charles believes the challenge of being a coach this season is getting the community, the boosters and alumni back on board, back into the arena and back in the wrestling groove. And not just on the mat but also by raising money to ensure the program lives on.

“When I hear we use to get a real big crowd to come to our wrestling matches, that’s when we were really successful as a team winning the national championship and having numerous all Americans every year.”

The team was cut in May 2008 due to budget pressures. But this year it has found new life through community support of the program. When Coach Charles was offered the opportunity to come back to his alma mater he said he was proud to give the Sun Devils a second chance.

“All of the kids have stayed here who were part of the team before, they are a young team so I am looking forward to working with them and putting us into a situation where we can win the Pac 10 championship and go on to nationals and do great things. I am excited about it, I think that we have a very good, talented group of kids and I am looking forward to have an opportunity to coach them.”

Charles has been successful everywhere he has coached and plans on bringing the team his brand of the work ethic, including daily routines, planning before matches and what they do for tournaments and competitions.

“Arizona State is a great place and I think...that a lot of the kids here love ASU and came here for a specific reason and now with my new coaching staff and myself I think they see that we are going to do everything we can to push this program into the direction it should be going - back to the top! The goal is do it fast.”

When Charles was a two time national champ at ASU he had a life changing experience under the guidance of his coach Melvin Douglas. “All you have to do out there is go hard, wrestle hard.”

Three periods went on and on the minute break, Charles was tired and was on the verge of giving up.

Douglas told him, ”Do it for the team, you got to do it for yourself.” This elicited no response from Charles. Then Douglas bellowed, “DO IT FOR YOUR MOM!”

He pushed the right button, and Charles wound up a four time all American. After that he realized coaches know a lot about you and what you are capable of. Athletes need to be able to trust their coaches wholeheartedly and without reservation.

The goal for Charles is to succeed quickly. With every new experience he has had throughout the years, and coaching at numerous universities, he believes he landed at the right university at the right time.

Come out and support the ASU wrestling team this season, or as Coach Charles calls them “His soldiers.”