Letisha Yazzie says supervisors at the power plant where she did a 10-week internship this past summer told her she did a good job mastering the technical skills required to do her job, “but they said I was too quiet and I need to work on being more vocal.”

The Arizona State University chemical engineering student is taking on that challenge as she begins her junior year in ASU’s Ira A. Fulton Schools of Engineering. 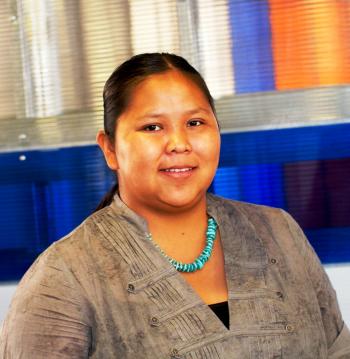 Yazzie, a member of the Navajo Nation, may not alter her soft-spoken demeanor but she’s still intent on making herself heard.

Yazzie is the new president of the ASU student chapter of the American Indian Science and Engineering Society (AISES), and she has plans to ramp up the group’s activities and amplify its voice as an advocate for its members.

She’ll represent ASU and members of the university’s AISES chapter at the AISES national conference in Minneapolis in November. Under her leadership, the ASU chapter will host a regional conference in April that will gather AISES members from throughout Colorado, Utah, New Mexico and Arizona.

“The mentoring project can have a really positive impact on these students,” says career center director Robin Hammond. “Letisha’s leadership style may be understated, but she has the resolve and the passion to help make it successful.”

Yazzie’s plans also include efforts to expand the chapter’s connections to industry, specifically companies that are potential employers for engineering students after graduation.

The AISES chapter – with a current membership of about 25  -- “is still a fledgling group, but I know [Yazzie] wants to it to be much more active,” says AISSS director Michael Begaye.

Though her studies in coming semesters will include some of the more rigorous courses in the engineering program,  Yazzie says she’s taking on the extra duties outside the classroom “to build my leadership skills, because after I graduate I want go back and be a leader” for the Navajo Nation.

Yazzie has already been preparing for that role. In addition to pursuing an engineering degree, she’s working to earn a minor in American Indian Studies.

She recalls being cautioned about the burden of additional studies, but is determined to press on.  “I am just really committed,” she says, to gaining skills that will prepare her to aid her community.

She says her strong motivation arose from becoming aware of how American Indians have often been stereotyped as less than capable of making meaningful contributions to society, particularly in areas of science, engineering and technology.

Yazzie’s training in those areas got a boost during her summer internship at the Four Corners Power Plant, located on Navajo land in northwestern New Mexico.

Operated by Arizona Public Service Co, it’s one of the largest coal-fired power generating stations in the United States and provides electricity to about 300,000 households in four states.

She learned not only about roles engineers play in power plant operations, but got a feel for the challenges of managing a large business and the impact of large utility providers on surrounding communities.

“I learned a lot of vital information about what kind of work my degree could lead to,” Yazzie says. “It got me even more interested in chemistry and engineering, and gave me encouragement that I can achieve something.”

James Weinstein, Amelia Lewis Professor of Constitutional Law, will speak at an event hosted by the League of Women Voters of Metro Phoenix at its office on Sept. 16.

James Weinstein, Amelia Lewis Professor of Constitutional Law, will speak at an event hosted by the League of Women Voters of Metro Phoenix at its office on Sept. 16.

“The Constitution and Corporations” is open to the public and will also feature David Lujan, a former Arizona legislator and managing partner of the Foster Group in Tempe. 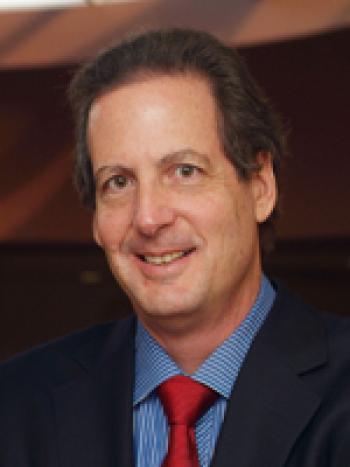 Weinstein, Faculty Fellow in the Center for Law, Science & Innovation, will discuss the pros and cons of recent proposals to amend the First Amendment, in honor of Constitution Day on Sept. 17.

The free event will start at 6 p.m. with refreshments and the discussion will start at 7 p.m. at 4423 N. 24 St. in Phoenix. Donations will be accepted.

Weinstein’s areas of academic interest are Constitutional Law, especially Free Speech, as well as Jurisprudence, Federal Courts, Civil Procedure and Legal History. He is co-editor of Extreme Speech and Democracy, and has written numerous articles in law review symposia on a variety of free speech topics.