Aided by a $100 million guarantee from the Chan Soon-Shiong Institute for Advanced Health to upgrade and extend its network to support big science projects, the council will help guide the new mission of National LambdaRail, the 12,000-mile-high-performance communications network linking the nation's leading research institutions.

Soon-Shiong described NLR’s enhanced mission as twofold: to integrate the science around advanced communications networks under a new affiliated  body called the National Advanced Networks Alliance (NANTA) and to utilize such advanced networks for practical application, beginning with the translation of new medical science into new clinical practice via a Clinical Translational Science Network (CTSN). He explained that NANTA will bring together all major centers around the country to integrate new network technologies, such as intelligent switch technologies, semiconductors, broadband and high-performance computing. Working with leading hardware and wireless providers NLR and NANTA will create the world’s largest test bed for developing integrated next generation network tools to advance the digital revolution.

For the medical science aspect of the new mission, CTSN will utilize the extended infrastructure of which NLR is now a part  –  linked with genomic sequencing centers, data storage centers and high-performance computing facilities – to integrate basic research, clinical research and clinical medicine to bring the most up-to-date scientific findings and the power of supercomputing quickly to the point of care.

The first use cases for CTSN will be cancer, heart disease and diabetes.
“Michael Crow is the perfect person to lead the advisory council for this ambitious mission," Soon-Shiong said. “There is no more innovative university leader in the country, and he is a founder member of Gig.U., the University Community Next Generation Innovation Project, which was set up in July to accelerate the deployment of ultra-high-speed networks among universities.”

“I applaud the mission of the new NLR,” Crow said.”This is exactly the kind of initiative we need to maintain and enhance the economic competitiveness of our universities and our country. I am delighted to be a part of it.”

Additional members of the Advisory Council will be announced in due course, including presidents of other U.S. universities.  A U.K. group of advisers will be led by Sir Richard Sykes, former rector of Imperial College London, former chairman and chief executive of GlaxoSmithKline, and former chairman of NHS London, the largest health authority in the U.K.

David Gartner, associate professor of law, will present his work-in-progress, "Transnational Rights Enforcement and the Right to Education," at the Brigham Young University Law School, Sept. 29-30.

David Gartner, Associate Professor of Law, will present his work-in-progress, “Transnational Rights Enforcement and the Right to Education,” at the Brigham Young University Law School in Provo, Utah on Sept. 29-30.

The Rocky Mountain Junior Scholars Forum is an annual event for law students to expand their professional network and promote collaborative learning. 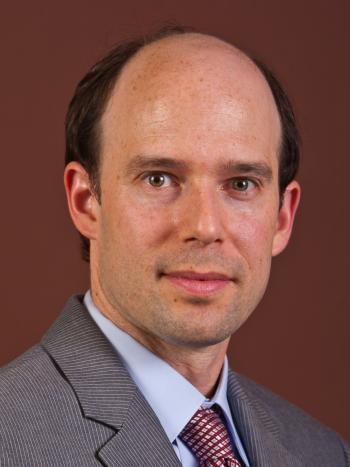 Gartner teaches Constitutional Law, International Institutions, Foreign Relations Law and Global Health Law and Policy. His current research focuses on the role of innovative international institutions and non-state actors in shaping international law and the response to global challenges in areas such as global health, development, education and the environment.