The president of Al Jazeera America, a top anchor at CNN en Español and the CEO of an international public relations agency are among the journalists and communicators taking part in a lecture series at the Walter Cronkite School of Journalism and Mass Communication at Arizona State University. 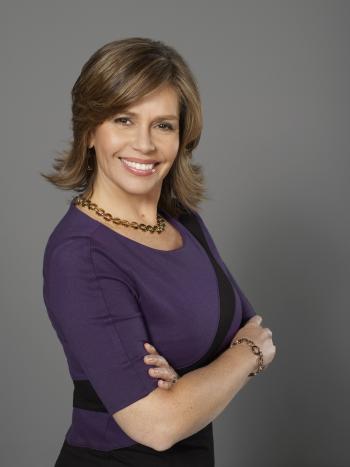 The spring 2015 semester marks the 14th season of the lecture series, which started in 2008. “Must See Mondays” has featured more than 135 lecturers and panelists, including Pulitzer Prize-winning reporters and photojournalists, national television and radio correspondents, editors of major metropolitan newspapers, journalism entrepreneurs and innovators, and public relations experts.

“We are excited to welcome this semester’s professionally diverse group of speakers,” said Christopher Callahan, dean of the Cronkite School. “They are going to tackle a variety of important topics involving the news industry, business journalism, public relations, photojournalism and more.”

The lectures are open to the public and begin at 7 p.m. in the First Amendment Forum of the Cronkite School on the ASU Downtown Phoenix campus. They are also videotaped and collected on the Web at http://cronkite.asu.edu/eventvideos.

March 23: Former Forbes Magazine publisher Jeff Cunningham, a professor of practice at the Cronkite School and the W. P. Carey School of Business, will examine “The Good News about Disruption in Media.”

For a complete list of Cronkite School events, visit http://cronkite.asu.edu/events.

Donald Johnson, Arizona State University Institute of Human Origins founding director, will speak at the Tempe Center for the Arts about the 40th anniversary of his historic discovery.

In 1974, as a newly minted PhD, Donald Johanson set off for the remote badlands of Ethiopia to search for fossil remains of ancient humans. He was rewarded with the discovery of a 3.2 million-year-old human fossil, now known around the world as "Lucy."

The recovery and identification of a partial skeleton as a new species, Australopithecus afarensis, prompted a major revision of the human family tree. This small human ancestor retained an intriguing mix of primitive ape-like features, such as a small brain, as well as human-like characters closely resembling the ability to walk upright, much like modern humans. 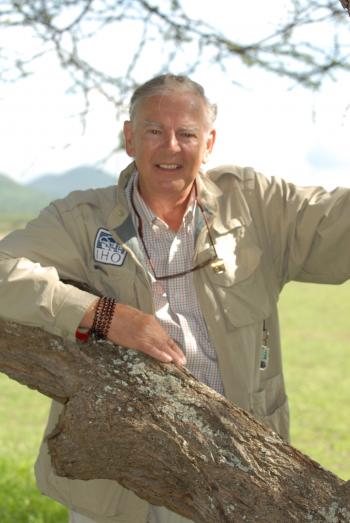 Initially, Johanson’s conclusions generated substantial controversy. But over the years since this discovery, and with the recovery of nearly 400 specimens of Lucy’s species, her pivotal place on the human family tree has been secured.

Forty years later, now a world-renowned paleoanthropologist and founding director of Arizona State University's Institute of Human Origins, Johanson continues to advocate for public understanding of the science of human origins and the importance of searching for the clues to how we “became human.”

“Modern humans are the result of the same evolutionary forces that crafted all life on Earth,” Johanson says. “We have evolved into the most powerful creature the world has ever seen, and looking into our deep ancestral past not only offers insights into what it means to be human, but most importantly, reminds us of our responsibilities for the future of this fragile planet we call home.”

Johanson will speak at the Tempe Center for the Arts at 7 p.m., Feb. 12, about the 40th anniversary of his historic discovery and the compelling research that continues today by scientists at the Institute of Human Origins. He will explore how the impact of Lucy's discovery created a better understanding of how we became human and what Lucy tells us about our place in nature.

There are two levels of event tickets – free or $30 VIP (TCA ticket fees are applicable for both levels). The VIP tickets include a pre-event reception with Johanson and IHO scientists and special orchestra-level seating. The pre-event reception begins at 5:30 p.m. Tickets can be purchased through the Tempe Center box office at 700 W. Rio Salado Pkwy., by phone at 480-350-2822 or online at http://tca.ticketforce.com/eventperformances.asp?evt=447.

The Institute of Human Origins, a research center of the College of Liberal Arts and Sciences, is one of the pre-eminent research organizations in the world devoted to the science of human origins. IHO pursues an integrative strategy for research and discovery central to its over 30-year-old founding mission, bridging social, earth and life science approaches to the most important questions concerning the course, causes and timing of events in the human career over deep time. IHO fosters public awareness of human origins and its relevance to contemporary society through innovative outreach programs that create timely, accurate information for both education and lay communities. To learn more visit https://iho.asu.edu.