Arizonans largely continue to see illegal immigration as a major problem but believe undocumented immigrants should be treated humanely, according to a poll by ASU’s Morrison Institute for Public Policy and the Walter Cronkite School of Journalism and Mass Communication.

Approaches to illegal immigration run the gamut – from strict deportation measures to a pathway to citizenship – but the nine out of 10 Arizonans agree (64 percent) or strongly agree (25 percent) that “undocumented immigrants are a problem, but Arizona needs to treat them humanely.”

For most questions, respondents were asked their level of agreement – strongly agree, agree, disagree or strongly disagree – regarding a series of statements.

Arizonans seem to be somewhat conflicted on issues surrounding undocumented immigrants, including when asked whether they agree or disagree with the following statement: “Undocumented immigrants bolster Arizona’s workforce and we should do whatever’s necessary to make it easier for them to come to Arizona.”

Overall, Arizonans are split on whether to pursue aggressive deportation. Fifty-two percent either agree (32 percent) or strongly agree (19 percent) with the following statement: “Arizona should aggressively pursue the deportation of undocumented immigrants.”

Two-thirds of Republicans (67 percent) either agree or strongly agree with the statement encouraging aggressive deportation of undocumented immigrants, compared with 35 percent of Democrats and 53 percent of Independents. Yet, there is no significant difference in responses to this statement from whites (53 percent) and Latinos (47 percent).

Slightly more than one-quarter (28 percent) of Arizona adults agree or disagree with the following statement: “I feel less safe because of all the undocumented immigrants living in the state.”

While Republicans are more likely to agree (25 percent) or strongly agree (12 percent) with the statement than either Democrats (11 percent and 9 percent) or Independents (15 percent, 10 percent), the differences are not notable.

Full poll results and findings are available at morrisoninstitute.asu.edu.

Book by ASU journalist next on discussion agenda

The ASU Book Group will meet at noon, March 25, to discuss "Zora Folley: The Distinguished Life and Mysterious Death of a Gentleman Boxer," by Marshall Terrill.

Book by ASU journalist next on discussion agenda

The ASU Book Group will meet from noon to 1 p.m., March 25, to discuss “Zora Folley: The Distinguished Life and Mysterious Death of a Gentleman Boxer,” by Marshall Terrill, information specialist director with ASU Public Affairs at the ASU Downtown Phoenix campus.

The meeting will be in room 316 of the Durham Language and Literature Building on the Tempe campus. The ASU Book Group is open to all ASU faculty, staff and students, as well as the public. 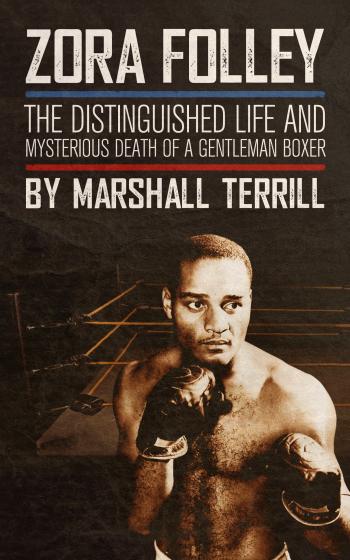 “Zora Folley” is about the mysterious death of Chandler heavyweight contender Zora Folley, who died in a Tucson hotel in July 1972.

“Some say it was murder, some say it was a mob hit, others claim it was a freak accident,” said Terrill, who spent close to 10 years researching the death.

Folley, who lived in Chandler, Arizona for a majority of his life, was a top heavyweight contender in the late 1950s and 1960s. Folley’s career culminated with the loss of a heavyweight title match against Muhammad Ali in March 1967 in New York’s Madison Square Garden.

His life was a testament to his impeccable character, and Chandler has named a city street, park and community pool after him, Terrill said.

“Folley was a decorated Korean War veteran; a consummate fighter in the ring; a role model for youth; a seemingly happily married father of nine children; a successful businessman; Chandler’s first black city council member; and the city’s most famous son.

“This book was originally a three-part newspaper series I wrote in 2003. I was haunted by the words of Zora’s son Robert, who told me, ‘One day the truth will come out,’” Terrill said. “But how was the truth supposed to come out if no one was actively in search of the truth? Closure is an overused word, but it became my Great White Whale.”

Terrill took it upon himself to finally answer the decades-long mystery of Folley’s death at a Tucson motel. He did so by uncovering Folley’s long vanquished police and autopsy reports, which he unearthed after years of searching. He also interviewed more than a dozen Chandler residents, as well as an eyewitness who was there the night of Folley’s death.

“Zora Folley” is Terrill’s 18th book. It is available exclusively as an e-book on Amazon.com. For more information about the book group, which is sponsored by the Department of English, contact Judith Smith at jps@asu.edu.

The book for April, “In the House Upon the Dirt Between the Lake and the Woods,” by new English faculty member Matt Bell, will be discussed April 29, in room 316 of the Durham Language and Literature Building.