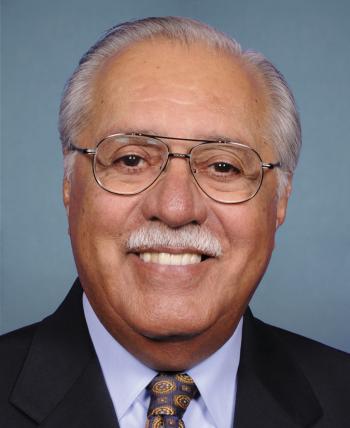 Commencement will be broadcast live via ASU Live.

Ed Pastor, congressman and ASU alumnus, will be honored with the university medal of excellence at the undergraduate ceremony.

A member of the U.S. House of Representatives from Arizona since 1991, Congressman Pastor has served on the House Appropriations Committee, the Committee on Standards of Official Conduct, the Education and Labor Committee and the Committee on Small Business.

Pastor is the son of a miner from Claypool, Arizona, and was the first in his family to graduate from college, earning a bachelor’s degree in chemistry.

Special interest and cultural convocations are scheduled through Wednesday, Dec. 13, at the Tempe, Downtown Phoenix and West campuses, including the American Indian Convocation, the Hispanic Convocation and the Barrett Honors Convocation.

Although fall commencement is generally quieter than its spring counterpart, ASU’s Melissa Werner, director of university ceremonies, says the event will be well attended.

Tickets are required for some events. For more information, visit graduation.asu.edu.

Correction: An earlier version of this story misstated the number of fall graduates. The correct number is 6,342, not 7,000.

Lab-on-a-disc offers potential for early, fast and inexpensive disease diagnosis. Find out how ASU researchers are working to make these devices available for clinical use.

It’s the one word no one wants to hear escape from their doctor’s lips. But each year, 12.7 million people around the world do.

The word is cancer, a disease that kills millions and costs billions to treat. It is a global health threat, affecting the citizens of developed and developing countries alike. Ask an oncologist about the best way to beat the disease, and her response will likely be, “Start treatment as early as possible.” But first, you need to diagnose it. That’s often easier said than done. 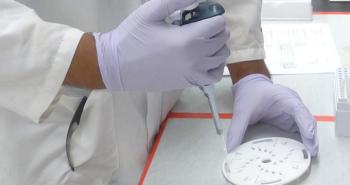 Current screening tools for cancer can be expensive and invasive. No one looks forward to a mammogram or colonoscopy, and as a result, most people don’t get screened as often as they should.

Then, getting the test results back from the lab takes at least a couple of days. That isn’t a major problem for many of us. But in resource-limited countries where people don’t always have a proper address, it can be hard to track patients down after they leave the local clinic. That’s assuming the clinic is equipped to do cancer screening at all.

What if there was a way to diagnose cancer quickly and easily, anywhere in the world?

“I think that could be transformative,” says Karen Anderson, an associate professor in Arizona State University’s School of Life Sciences and Biodesign Institute and an oncologist at Mayo Clinic Arizona.

Anderson conducts research in the Virginia G. Piper Center for Personalized Diagnostics. Her lab focuses on the need for better tools to diagnose disease. Now she is working with a lab in Ireland to couple her research with a new technology that might bring transformative solutions within reach.

The collaboration grew out of a new partnership between ASU and Dublin City University (DCU), created to advance research, education and entrepreneurship. In 2014, the partnership launched the world’s first International School of Biomedical Diagnostics (ISBD) to address one of the most pressing needs in health care.

Biomedical diagnostics refers to the testing and analysis of biological materials from the human body, such as blood, saliva, tissue or tumor. The field has transformed over the past decade, through significant advances in areas such as nanotechnology and DNA sequencing.

These advances are leading to the development of treatment that can be more personalized and tailored to the individual patient. This is critical because both diseases and people vary tremendously on a molecular level. Each year, billions of dollars are spent on drugs and therapies that only work a fraction of the time they are prescribed.

Researchers in the field are also developing new ways to detect diseases much earlier than ever before. Diagnosing a disease like cancer early can mean the difference between life and death. It can also prevent individuals and families from spending their life savings on a treatment that is too late to be successful.

Tools for clinical use

With early detection in mind, Anderson’s team has been working to identify biomarkers in the blood of cancer patients. These biomarkers are specific antibodies the immune system produces when it detects disease. The researchers have already discovered biomarkers that indicate the presence of ovarian, breast and human papillomavirus (HPV)-associated cancers. What they need now is a diagnostic tool for putting those biomarkers to use.

That’s where researchers at DCU’s Biomedical Diagnostics Institute (BDI) come in. Jens Ducreé is a principal investigator for Microfluidic Platforms at BDI and a professor in DCU’s School of Physical Sciences. His team is also interested in the development of better screening tests.

Using simple, inexpensive materials, the Ducreé lab has created a device that does the same job as $100,000 diagnostic equipment, but faster, and for a fraction of the price. It’s called a point-of-care device, and it has already been proven to work in detecting HIV.

The “lab-on-a-disc” gadget – sort of a small-scale centrifuge – looks like a portable CD player. A sample of the patient’s blood is placed inside an opening that leads to a series of tiny chambers. The blood travels through the chambers and lands on a disc that’s situated on a spindle. The disc, about the size of a CD, is made of white plastic with several small holes in it. As the disc begins to spin in a precisely calculated way, the blood sample inside is pushed into place to mix with tester reactants. A diagnosis is available within 10-15 minutes.

In addition to being portable and quick to deliver a result, the tool is extremely inexpensive to construct.

“Our system needs only a spindle motor, a laser to probe a sample and a detector, like a photodiode, which are all available in mass quantities for $10,” Ducreé says.

Ducreé believes the point-of-care device will be especially useful for diagnosing HIV in developing countries, which lack the infrastructure to support sufficient lab equipment for clinics, or enough trained medical technicians.

There are also cultural challenges surrounding health care in the developing world. Working with anthropologists on the ground in Africa, Ducreé learned that the social stigma associated with being HIV-positive can significantly hinder treatment efforts.

“If a bus takes off from a village to an AIDS clinic with the label ‘HIV Bus’ or something, who wants to enter it? You are evidently an outcast in a certain way in your population, in your village,” Ducreé says.

The point-of-care device would allow health workers to screen for diseases in a more discreet and personal way. The tool also provides a diagnosis within minutes, so patients do not have to return to a clinic for results.

“Having the result immediately available could be very helpful to overcome this shame threshold of people,” Ducreé says.

The on-site diagnosis is tremendously important for another reason. Studies show that half of the population that tests positive for HIV never shows up to collect their results. These individuals might remain sexually active in the community and unknowingly spread the disease. With a point-of-care device, patients could get their diagnoses almost immediately and take precautions so as not to spread the disease.

Ducreé hopes the point-of-care device can address some of the health care challenges specific to developing countries. Indeed, the tool meets the criteria set by the World Health Organization – it’s inexpensive, reliable and can be operated by low-skilled workers in a poorly equipped lab or field clinic setting. Of course, the device’s size, speed, low cost and ease of use makes it attractive for diagnosing diseases in developed countries as well.

On path to a solution

Rizwan Alam went to Dublin in the summer of 2014 with a mission. As a member of the Anderson lab, and a master’s student in the new International School of Biomedical Diagnostics, Alam is interested in biotechnology and the rapidly changing field of medical diagnostics.

He went to DCU to find out if the point-of-care device created in the Ducreé lab could be used to diagnose cancer with the biomarkers identified at ASU.

“It was a question of being able to migrate our assays to their platform, which is a lot harder than it sounds,” Alam says. An assay is a process for determining the presence of a substance – in this case, biomarkers specific to cancer.

Working with researchers from the Ducreé lab, Alam made great strides that summer toward the development of a new point-of-care device.

“They managed to get the fluidics component, the engineering component, actually established,” Anderson says. This involved the complex task of “valving” to get the right fluids to mix with the patient sample at the right time.

“A big part of effective research is learning face-to-face and doing hands-on work,” Alam says. “Besides myself, I brought years of my department's research and knowledge to Dublin, and in this way, we achieved an effective method to conduct our research. That was an extremely important factor in the creation of this device, and it would have been much harder to work with DCU without someone there.”

Now, researchers at the Anderson lab are testing how well the point-of-care device works to diagnose cancer. Anderson hopes to use this small pilot project to apply for larger national and international grants.

“The goal is to be able to make these devices at very low cost so we can actually use these in clinical practice,” Anderson says. “We want to very efficiently focus screening and focus health care on the people who really need it.”