As Americans, we thank our veterans for all they do to ensure our security and freedom. We also have the U.S. Department of Veterans Affairs working to make sure our veterans get high-quality, cost-effective health care. To further improve efficiency and support the best possible medical care for our vets, the VA is now joining the Health Sector Supply Chain Research Consortium at the W. P. Carey School of Business at Arizona State University.

The consortium is an impressive group of health sector companies and academic researchers focused on how to better manage health care, boost the performance of hospitals, and support patients in getting the most for their money and well-being. Major private companies, such as Boston Scientific, Hospital Corporation of America (HCA) and Novation, are among the members. The VA becomes the first public-sector member, and it’s clear this may be an opportunity to apply lessons from the private sector to care for our veterans. 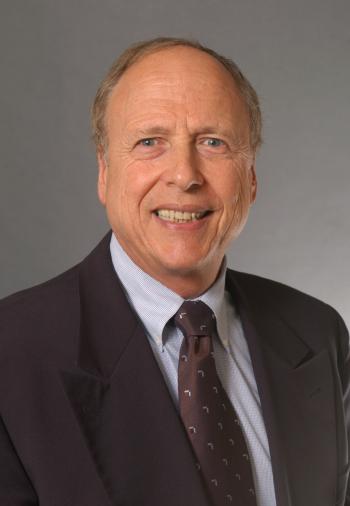 “This could have a big impact on a group of people that really deserves great health care,” says W. P. Carey School of Business professor Eugene Schneller, co-director of the Health Sector Supply Chain Research Consortium. “The VA is persistently examining its supply chain model to make sure it’s supporting the best care possible, and this is an extraordinary chance for interaction between top companies in the public and private sectors to learn from each other for the benefit of the patients.”

Schneller points out that the VA has an especially difficult role in making sure the right treatments and facilities are available, in a timely manner, for veterans. Unlike hospitals, which can somewhat predict how many patients and what types of ailments they’ll have during certain times of year, the military often has to deploy to unexpected places and conditions with very little notice. The result is the VA needing to manage readiness under conditions of extreme uncertainty.

“Sometimes there’s only so much they can do to plan, so they’re always looking for the best practices to utilize for our veterans,” says Schneller. “They’re also dealing with shifting demographics, as more vets are females and/or younger than in the past few decades, so medical needs change. The VA appears to be handling these challenges with outstanding clinical results.”

Natalia Wilson, also co-director of the Health Sector Supply Chain Research Consortium, notes that the VA is the largest integrated health care system in the United States. VA hospitals are often affiliated with academic institutions and are well-respected for their clinical training opportunities and research. Joining the consortium also brings an academic focus to VA supply chain management and allows the private-sector members of the consortium to be exposed to models successfully utilized in VA hospitals.

“We know the VA has been quite progressive,” Wilson says. “The VA was ahead of its time in creating a pharmaceutical formulary and utilizing electronic health records. We look forward to the VA perspective as we develop future research projects.”

It’s possible some of the lessons learned may also be used by the federal government as it delves deeper into the issues of health care reform.

“For example, as the VA learns from other health systems, it will learn more about efficiencies and how to best achieve value for the money,” says Schneller. “The more you save in supply chain, the more money can go toward patient care, instead of just moving goods from the manufacturer to the point of use.”

The national reputation of Barrett, The Honors College at ASU, got an extra boost this month with nods from prominent media.

The national reputation of Barrett, The Honors College at ASU, got an extra boost this month with shout-outs in prominent media such as the Los Angeles Times, the Atlantic and Reader’s Digest.

One article cited Barrett as a reason to “skip the expensive colleges” and another named Barrett as an “excellent dedicated liberal arts college within (an) affordable public system.” An article on the explosion of student debt suggested that parents look at flagship university honors colleges such as Barrett, which it ranked “among schools with national names.” 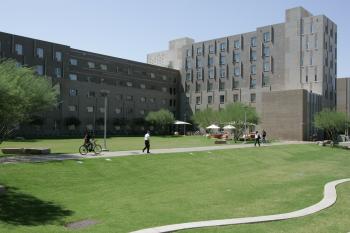 An Aug. 17 opinion piece in the Los Angeles Times on “Take Back the Liberal Arts” cites Barrett as a place where students are exposed to the broad sweep of great literature and a deeper understanding of the world:

“Too often, liberal arts courses aren’t attuned to undergraduates looking for a broader understanding of the world but toward a professor’s narrow interests,” the article begins. It concludes: “There are still colleges where the contents of the bottles match the labels. . . . And there are excellent dedicated liberal arts colleges within affordable public systems. New College of Florida and St. Mary’s College of Maryland are two; also Arizona State University’s Barrett honors college and Macaulay Honors College at the City University of New York.”

An Aug. 17 article in the Atlantic, “The Debt Crisis at American Colleges,” suggests that parents look at public liberal arts colleges, “where you can get an Amherst-quality education at the fraction of the cost” and at flagship university honors colleges which offer special housing, seminars and faculty advisers.

“We visited Barrett College at Arizona State University and Barksdale College at the University of Mississippi and rank them among schools with national names,” the article continued.

A Reader’s Digest article in the September 2011 issue lists “10 things every parent should know about college.”  The 10th thing listed is “Honors colleges at public universities can offer as fine an education as the Ivy League.”

“The honors colleges at City University of New York, Arizona State University and the University of Mississippi, to name a few, offer the intimacy of a liberal arts college at state-school prices,” the article said.

Authors were Claudia Dreifus, a New York Times writer and adjunct professor at Columbia University School of International and Public Affairs, and Andrew Hacker, a veteran political science professor at Queens College in New York. The two are the authors of the book, “Higher Education?” Michelle Crouch wrote the Reader’s Digest article.

The Reader’s Digest article quoted Dreifus: “These students get first pick of classes and have special classes to themselves, and at Arizona State, they have their own dorms. We met students in these honors colleges who got into Harvard and other elite schools, but they said they didn’t want to burden their parents with that kind of expense. Now that’s a smart kid.”

The articles can be found here: