The interactive roundtable will be streamed live online by ONcam and fans are encouraged to join the conversation via their webcams at:

Those who wish to partake in the open forum can easily create an account at oncam.com and then submit their questions via webcam or text chat, or can simply watch the discussion live on their computer.

Fans can also submit questions over the next week onFacebook.com/ArizonaStateSunDevils and on Twitter using #OnCamMagee and #OnCamDarby.

After spending countless days in a cubicle working for a local bank, ASU senior Ryan Winkle knew he needed a change.

After spending countless days in a cubicle working for a local bank, ASU senior Ryan Winkle knew he needed a change. Armed with just his ambition, he applied to ASU in search of a new path and the tools to make a difference in the changing world.

Winkle is currently pursuing dual undergraduate degrees in sustainability and urban planning to fulfill his passion for creating policy changes regarding nutrition and education. 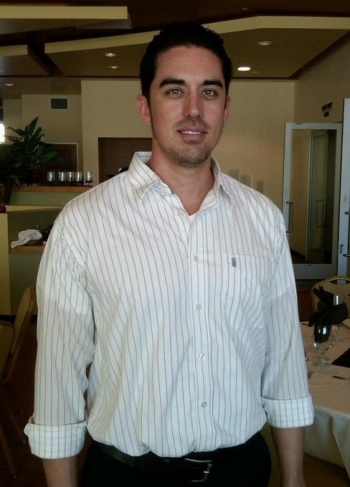 “There is a disconnect now between people and how they get their food. The lettuce you eat is probably from Mexico and your tomatoes from Chile. That’s really far away,” he said.

Winkle feels many behavioral issues such as Attention Deficit Disorder in children can often be linked back to high amounts of sugar and additives in food. It is his belief that society needs to become more in tune with local, all-natural or organic diets.

To assist with this, Winkle teamed up with his friends this fall to begin working on a proposal for a Mesa Urban Garden (M.U.G.) that would unite the local community and bring awareness to sustainable dining. An “urban garden” is a plot of land within a metropolitan area that can be broken into smaller sub-plots for community members to harvest their own produce.

The plan was accepted by the Mesa City Council and broke ground in July. Staff members work on a volunteer basis to keep the garden flourishing. M.U.G also hosts poetry readings and cooking classes to further solidify the land as a place for social engagement.

When he isn’t advocating for M.U.G., Winkle enjoys traveling abroad and exploring different cultures. He recently participated in a study abroad trip to Brazil hosted by ASU professor Beth Larson. While he says the coursework was challenging, the knowledge he gained was the ultimate pay off.

“The work that we did reinforced the idea that you can change something if you try. It was an awesome trip,” he said.

The graduating senior is a firm believer in public service. While volunteering with Habitat For Humanity, Winkle says he learned the value of helping others. His travels also taught him how to survive on merely a few possessions – a philosophy he thinks the United States as a whole could adopt.

“We have to look at the way we live versus how people outside of the U.S. live," Winkle says. "Why do they live like that? Are they happy? Would we be happy living like that? There are so many things we take for granted.”

The soon-to-be graduate will receive his diploma this month from ASU. He plans to travel to Nicaragua and return to Brazil on his quest to serve and educate.

“I feel like I’m on the verge of stumbling upon something great,” he said.