Leaving - and finding - her heart in Afghanistan

Melissa Pritchard has what many women would consider an enviable, and rich, lifestyle. She’s a tenured professor of English at ASU, the author of acclaimed novels and short stories, and lives in a 3,000-square-foot house with a pool.


But Pritchard is about to make some drastic changes in her life. The house, which she lives in alone, is for sale. Her writing in the future will include more real stories of women who are making a difference, some in dangerous places. And, she’s thinking about her career and what it means to her now. 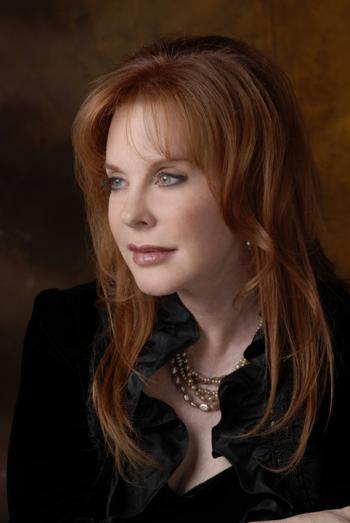 
If you ask her why she is willing to change her life in so many ways, she hesitates to say the word that she is thinking about. Call. Perhaps some people will not understand what she means by her “call.”


Sitting quietly in her church, she has felt God pulling her more and more toward a new direction in her life, at least partially for the moment.


“I feel called to do two things with my life,” Pritchard said during an interview in her book-lined office at ASU. “Continue writing fiction and serve the women and children of the world.”


The second part of her call was crystallized by her most recent article, which appeared in the May issue of O, the Oprah Magazine. It started out to be a story about five women who serve in a little-known American military unit in Afghanistan, the Panjshir Provincial Reconstruction Team (PRT), but it ended up being about a young woman who lost her life too early and left a gaping hole in the heart Pritchard had forgotten she had.


The seeds for the story that appeared in O magazine were planted in Pritchard’s mind when she read an online account of the PRT, written by a woman, which noted that women were valuable team members because of the nature of the Afghanistan culture. “They could go out and work with the Afghan women,” Pritchard said.


Once she decided that she wanted to go to Panjshir, she began seeking approval from military and governmental sources, a process that took three months – and that she kept a secret from her two grown daughters.


When she finally arrived in Afghanistan, complete with her body armor (“purchased online”) and military-issue winter underwear, and a growing realization of the danger she had put herself into, she planned to interview all five female members of the PRT in the 10 days she would be there.


The youngest was Air Force Sr. Airman Ashton Goodman, a 21-year-old young woman from Indiana, “a former supply truck driver on mine-infested roads in Iraq, who was about two months into her new deployment in this relatively peaceful, ‘model’ province,’” Pritchard wrote.


As they were introduced, Goodman explained her job to Pritchard.


“Goodman stood beside me in camouflage uniform with pistol, carbine, knife, heavy boots, and helmet, explaining that as a vehicles ‘op’ (short for vehicle operator dispatcher), she maintained and drove Humvees, Land Cruisers, ‘whatever has wheels.”


Over her 10-day stay, Pritchard went with Goodman to weekly meetings, or shuras, with local Afghan women, where the PRT members asked the women what type of help they needed from the Americans.


Pritchard wrote, “She told me that she was impressed by their intelligence and tenacity. "It infuriates me that women here are treated as second-class citizens. I'd like to see a woman with her own shop, a woman doctor. It will take generations, though. They need infrastructure, schools, clean water, clean places to slaughter animals rather than by the side of the road. I'd really like to come back here in 20 years and show my kids how we helped."


Pritchard also helped Goodman deliver supplies to a school for girls, where the young students were grateful for even receiving a pencil.


As she accompanied Goodman around the province, Pritchard learned more about the young woman’s goals and dreams: Goodman was earning a degree in biology, wanted to be a veterinarian, was an amateur photographer and aspiring author – and missed bubble baths.


Nearly six months after she returned from Afghanistan, Pritchard was revising her story, which now focused on the young airman, when she accidentally discovered the horrible news.


Pritchard wrote, “Tired but still thinking about Ashton—had I gotten her right? —I went into my kitchen, began to scroll idly through Facebook, skimming the bright chatter of friends, before stopping cold at what had to be a callous joke, a notice posted by the Flanner and Buchanan Funeral Centers: Sr. Airman Ashton Lynn Marie Goodman, 21, of Indpls., died May 26, 2009, while serving in Afghanistan.”


Sadly, it was true. Just days after her last note to Pritchard, Goodman died of wounds sustained from an improvised explosive device near Bagram Airfield.


“She had a lot of gifts but she didn’t realize it. She was humble,” Pritchard said. “She was the girl I never got to be.”


Pritchard has received numerous e-mails about her story, and it has been shared more than 500 times, according to the O magazine Web site. Many of the e-mail writers tell Pritchard that they are typing with tears in their eyes.


“If I have any consolation in Ashton’s death, it is that I could tell her story, and that people would be moved by it,” Pritchard said.


She is working to establish a scholarship in Goodman’s name, to be used to educate girls in Afghanistan, and is exploring the possibilities with Greg Mortenson, founder of the Central Asia Institute (and author of “Three Cups of Tea”).


Pritchard, whose books are very literary – dense and many layered – said the story in O Magazine has opened a door for her that she had tenuously cracked open with her first major journalistic work, a magazine story about the Lost Boys of Sudan.


“I have a respected name in the literary community because of the way I write. I write for the art of it. But this is a whole audience I’ve never connected with.”


Pritchard said she began to realize that this “other” audience existed when she wrote a biography of the philanthropist Virginia Piper, and at the same time, she began to understand what Piper’s life was about.


“Virginia’s story was to say ‘yes’ to God,” Pritchard explained.


Perhaps that is why Pritchard likes one photo of Goodman so much. It’s the photo that Goodman chose for her Facebook home page: “Ashton, balanced lightly on the edge of a cliff overlooking Panjshir Valley, arms raised high, lifted in a triumphant "Yes!" to life,” Pritchard wrote.


Now Pritchard is saying her own “Yes” to life – and to her own call.

Law professor Jonathan Rose will lecture at the Inaugural Conference of the European Society for Comparative Legal History, at the University of Valencia in Spain.

Professor Jonathan">http://www.law.asu.edu/Apps/Faculty/Faculty.aspx?individual_id=72">Jonathan Rose, a Willard H. Pedrick Distinguished Research Scholar at the College of Law, will lecture at the Inaugural Conference of the European Society for Comparative Legal History, on July 5-6, at the University of Valencia in Spain.

Rose will present a portion of his book chapter, “Advocatorum Militia: The Chivalric Ethos of the Legal Profession – Loyalty and Honor.” It will be published in the upcoming book, Chivalry, Care, and Honor, by Warren T. Reich and Jonathan Riley-Smith

After spending most of his career focusing on antitrust, regulation and legal ethics, Rose changed direction. His primary scholarly interests now involve medieval and early modern English legal history, and his research focuses on the history and regulation of the legal profession and the operation of the medieval legal system. He has also written on early defamation law, medieval prisons, and the historiography of legal history. Rose, who joined the faculty in 1968 and was an Associate Dean from 1987-90, teaches Legal History, Antitrust, Contracts and Legal Ethics, and has received numerous teaching awards. He is a Faculty Fellow in the College’s Center for Law, Science & Innovation, and a Faculty Affiliate of the Arizona Center for Medieval & Renaissance Studies at ASU. Rose also is the author of numerous articles on legal history, antitrust, economic and occupational regulation, and legal ethics.