Participants can gain basic competence in rock art recording methods through hands-on activities and professional instruction by Arizona Archaeological Society-certified instructors during the event, scheduled for 10 a.m. to 3 .m. The workshop is limited to 20 participants and advance registration is required. The cost is $25 for DVRAC members, $30 for non-members. 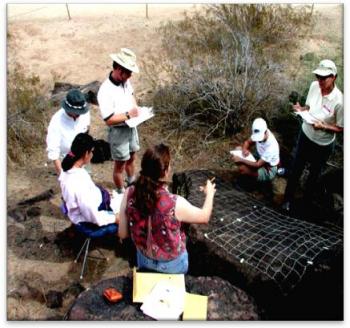 The event is a public program for the Arizona SciTech Festival. For more information, call (623) 582-8007 or download and complete the registration form at http://dvrac.asu.edu/events/calendar. Deadline is Feb. 8.

The Deer Valley Rock Art Center has the largest concentration of Native American petroglyphs in the Phoenix Valley. Visitors hike a quarter-mile trail to view more than 1,500 petroglyphs made between 500 and 7,000 years ago. The museum aims to promote preservation, connection and respect for the site and is a destination for families to learn about archaeology in their own backyard.

The Center is managed by one of the top archaeology programs in the country – the School of Human Evolution and Social Change, in the College of Liberal Arts and Sciences at Arizona State University.

Faculty members in ASU's New College of Interdisciplinary Arts and Sciences have taken over editorial duties of a legendary feminist publication.

It was born in 1982, two years before the West campus of Arizona State University was established. Today, the groundbreaking feminist journal Trivia: Voices of Feminism is under the editorial leadership of professors in the campus’s core college. 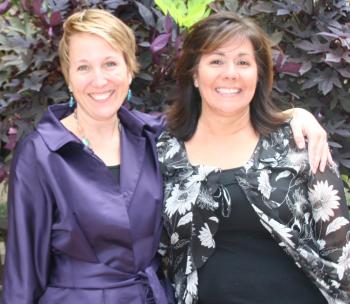 In its early days as a print journal, Trivia published the writings of major figures in the feminist movement, including Mary Daly, Andrea Dworkin, Gloria Anzaldúa, Paula Gunn Allen, and Luce Irigaray. More recently Trivia transitioned to an online format. The threat of its demise prompted action from New College.

“When I heard that Trivia was perilously close to folding for lack of a new editorial team, I knew we had to do something,” Casper said. “Trivia has been part of the women’s movement for decades. It documents social history and political thought as well as provocative writing.  We couldn’t let it die, and my HArCS colleagues were eager to help.”

Support for the endeavor extends to the top of the division. “Given the exciting work in which our faculty are engaged with regard to feminist thought and the interdisciplinary ‘crossroads’ of knowledge,  New College seems like an ideal home to Trivia,” said Marlene Tromp, who recently joined New College as HArCS director. “We welcome this opportunity to host a site of intellectual dialogue.”

Trivia’s new editors also are receiving assistance from New College’s Center for Critical Inquiry and Cultural Studies, as well as the staff of Fletcher Library on the West campus. Library Director Dennis Isbell explained that being indexed is a critical step for a journal, and he and colleague Juliann Couture from Hayden Library at Tempe are now working to identify a service that will agree to index Trivia.

“Until a journal is indexed, its contents are hidden to potential readers,” Isbell said. “No matter how valuable or useful an article in that journal may be, it’s very difficult to find. When an indexing service picks up a journal title and indexes the contents, those contents become available to everyone who has access to the index.”

So while Casper and Amparano are saving Trivia from extinction, they also are working with colleagues to make it much more visible and accessible.

“Trivia embodies the best of interdisciplinary collaboration that HArCS is known for,” Amparano said. “We have student and faculty talent in writing and publishing. Last year, we launched Canyon Voices, an online literary magazine for emerging writers and visual artists. Now, Trivia will offer a distinctive platform for diverse feminist voices.”

Such a platform is especially needed today, Casper said. “As feminist scholars and activists, we share Trivia’s conviction that all feminist voices matter and need to be heard, particularly in this bleak and regressive political moment. From attacks on women’s reproductive freedoms, to escalating sexual violence across the globe, to the enduring paucity of women in elected office, to intensifying conservative/neoliberal backlash, to amplified militarization, it is clear that feminism is as critical now as it was during its ‘first wave,’ and perhaps even more so.”

She and Amparano bring a wealth of experience to their new editorial assignment. Casper, a prominent feminist sociologist, is founding co-editor of New York University Press’ "Biopolitics" book series, assistant editor of the Journal of Sport and Social Issues, deputy editor for health studies of the Journal of Contemporary Ethnography, and a member of the editorial collective of The Feminist Wire.

Amparano, whose background is in journalism and creative writing, is founder and faculty supervisor of Canyon Voices. She spent seven years with the Wall Street Journal during the Reagan years, covering immigration and other topics. An award-winning playwright, Amparano coordinates New College’s writing certificate program.

While they remain committed to Trivia’s fundamental mission – highlighting women’s diverse voices – Casper and Amparano say they envision the potential for new directions including increased collaboration with younger feminists, expanded transnational networks, sustained but not exclusive connections to academia, and regular considerations of feminist activism and activists.

“We intend to continue the journal’s dynamic blending of nonfiction with fiction and poetry, critical thought with pragmatic and hopeful action, historic figures with newcomers, and images with text,” Casper said. “We also look forward to a range of relevant, provocative theme issues, for example on border feminisms, Gertrude Stein, interspecies communication, social media, radical sexualities, reproductive politics, women and disasters, and other timely topics.”

Casper, Amparano and the editorial board are now reviewing submissions for the first edition of Trivia under its new leadership team. The theme for this issue is “Southwestern Voices,” reflecting Trivia’s new geographic home and the diverse, multi-ethnic perspectives of its editorial collective and advisory board. The issue will include works that fit the theme as well as additional general submissions.

More information is available at http://www.triviavoices.com/index.html.