Students from four Phoenix middle schools recently took part in the College of Law’s annual CourtWorks, learning about the justice system and participating in mock trials. Several College of Law students, with support from the 9th U.S. Circuit Court of Appeals, hosted the popular civics program at the Sandra Day O’Connor U.S. Courthouse in downtown Phoenix on Oct. 26.

“We started CourtWorks as a way to inspire at-risk middle school students to pursue higher education and think critically about their legal rights by working with law students,” said 2L Mackenzie Woods, director of the 2012 CourtWorks.

More than 250 students filled eight courtrooms, and took turns acting as judges, prosecutors and defense attorneys. Preparation for the law students began six weeks before the event, starting with visits to the middle schools for orientation on fact pattern and other basic legal principles, Woods said. Follow-up visits were spent rehearsing and developing the students’ roles, and one week before the big day, everyone ran through the whole trial, so that law students could offer feedback to the children.

“Throughout these school visits, I was struck by how interested the students were in the mock trial and how much they cared about performing well,” said Michael Brown, a third-year law student and associate director for strategy of CourtWorks. “The kids got into it right away and treated it as if it were more than just a mock trial.”

Brown also said law students benefitted from the experience. “It’s a great way for us to get in front of the kids and put our education to a practical use,” he said.

CourtWorks is supported by Judge Mary Murguia of the 9th U.S. Circuit Court of Appeals, who addressed the students at the end of the day.

The judge emphasized the importance of working hard and staying in school, and shared her own experiences in pursuing a law degree and building a career culminating in her service as a federal judge.

CourtWorks also was bolstered by the participation of more than 80 local attorneys from several different practice areas, according to Woods. Additionally, probation officers and U.S. marshals talked about their careers and emphasized the importance of receiving an education.

“On the day of the event, (the students) knocked it out of the park because they put in the hard work,” Woods said. “I’m proud that CourtWorks served as the opportunity for them to get excited about learning and experiencing the fruits of their labor.”

A variety of arts and crafts, including photography, jewelry, ceramics and textiles, will be available for sale, all created by ASU staff and students. Each artist will contribute a piece to a silent auction. Proceeds from the auction will be used to present a $200 class or materials scholarship to one of the artists, selected by drawing. 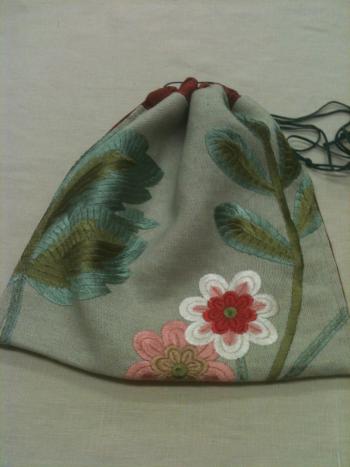 The ArtFest will include a Holiday bow hunt. Bows with numbers will be hidden on campus, and pre-drawn numbers will win prizes.

ArtFest is sponsored by The Devils’ Workshop, an organization devoted to showcasing the talents of ASU faculty and staff.