With the largest fire in Washington state history raging and the sixth-worst fire season on record in the U.S. since 1960, the nation’s eyes are mesmerized by the lapping flames and expanding smoke clouds of wildfires. An eye-popping 7 million acres have burned in Alaska and the Lower 48 this year.

Wildfire is a striking story, often filled with the drama of danger. But there's a narrative missing from many of the reports: We need more controlled fires to prevent these runaway infernos, said fire historian and Arizona State University Regents’ Professor Stephen Pyne. 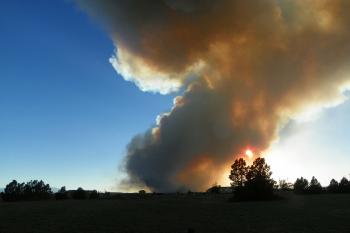 “The big story right now, from my perspective, is not the millions of acres burning because of wildfire, it’s the tens of millions that are not being burned under controlled conditions,” Pyne said.

There are many reasons behind the rise of megafires this century, Pyne said.

Climate change is amplifying the cycle. So is the recolonization of rural America by suburbanites via second homes and retirees moving to the country. Past fire practices of stopping all fires have left forests choked with growth. Fine fuels — grass, pine needles, twigs and the like — are aggravating fire cycles.

The current story revolves around fighting fires when they happen, not getting ahead of them before they happen. Even when that’s done, it’s not working, Pyne said.

Flagstaff in northern Arizona is an example of a city “doing it right,” Pyne said. “They even passed a bond issue to thin and burn on federal land because the feds can’t. … It’s the largest project of its kind in the country.”

The plan is to thin 14,000 acres. As of June, 10,544 acres have been treated, according to a June report by the Flagstaff Watershed Protection Project.

Denver and Santa Fe have similar programs. In Arizona, the Flagstaff Watershed Protection Project is a partnership between the city, county, state and federal governments. The project is funded through a $10 million city bond issue that was approved by voters in 2012 and money from the Arizona State Forestry Division.

“It’s a remarkable thing that the city of Flagstaff would vote to tax themselves to do what the feds can’t pay for anymore,” Pyne said.

The federal fire budget is geared toward fighting fires, not preventing them.

Cleanup is not being done on the scale it needs to be done, Pyne said, pointing out that the Wallow Fire in Arizona in 2011 burned more than 400,000 acres in two weeks.

“Cleanup is messy and expensive,” Pyne said. “There’s not a simple solution to this. … In the West it’s too complicated, it’s too expensive, there are too many impediments. We do some thinning, some prescribed burns, so we can absorb the fires that come at us. … The rest, we’re not going to get ahead of it.”

Pyne is a Regents’ Professor in the School of Life Sciences at ASU and Distinguished Sustainability Scholar. Regents professors are top tenured faculty who have made significant contributions to their field.

His latest book, “Between Two Fires: A Fire History of Contemporary America,” telling the story of U.S. wildland fire management, will be released Oct. 15.

When the ASU School of Film, Dance and Theatre set out to finalize its 2015-2016 MainStage season, the idea of female empowerment was at the forefront of the discussion.

And why wouldn’t it be? It’s no secret that gender diversity issues have plagued Hollywood and Broadway for years. The most recent Hollywood Diversity Report showed that only one in eight film directors is a woman. And earlier this month an article in The Guardian lamented Broadway’s continued lack of plays and musicals penned by women. 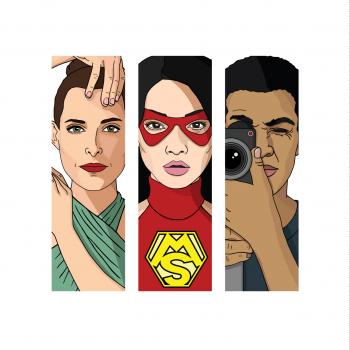 It’s not much better in the Phoenix metro area where some theater companies will not feature a single production written by a woman in their 2015-2016 seasons, as local theatre critic Robrt Pela noted earlier this year.

With these issues in mind, the ASU School of Film, Dance and Theatre decided to take action by programming a theater season featuring a majority of female playwrights.

“There’s been a good deal of discussion about the miserably low number of plays by women getting produced in major U.S. theatres, as well as the dearth of women’s stories on stages and screens,” said Lance Gharavi, assistant director of theater in the School of Film, Dance and Theatre and artistic director of the MainStage theater season. “At the recent 2015 Oscars, all of the films nominated for best picture were stories about men, and all of the nominees for best original and best adapted screenplay were men.

Five of the seven theater productions in the upcoming MainStage season tell stories that focus on female characters, and the majority of plays were written by women.

The MainStage theater season isn’t just about celebrating women. It will also focus on American culture. There are two productions for children. There’s even a world premiere of a play by one of the school’s MFA students. But the common thread is celebrating the work of female artists.

With that, here is the complete MainStage theater lineup. Find more information or purchase tickets here.

This classic of American theatre and cinema follows the fragile and refined Blanche DuBois, who has fled to her sister’s New Orleans apartment to escape financial ruin. There she is confronted by her own past and fresh calamity in this Southern Gothic tale of lust, lies, brutality and madness.

The creation of up-and-coming playwright Ruby Rae Spiegel, “Dry Land” tells the story of two high school swimmers, Amy and Ester, who are drawn together by the need to secretly terminate Amy’s unwanted pregnancy. An intimate and searing portrait of teenage friendship and desperation set in a girls’ locker room. Mature content.

Meet Sasha, a 10-year-old with an impending essay deadline, absent parents and no pen. In her quest for a writing utensil and for company, she wanders through her apartment building, where she meets a variety of colorful tenants, who tell her stories about the Brooklyn Bridge and help her to confront her fears. Appropriate for families and young audiences.

Bondage, Gloria Steinem and lie-detector tests all figure into this racy tale about Wonder Woman’s origins and the lasting effects of her legacy. This is a story about the nature of comic books, truth and love. Mature content.

In this contemporary classic of the American theater written by a Pulitzer Prize winner, a character called the Foundling Father who bears a striking resemblance to Abraham Lincoln runs an attraction that allows passersby to  re-enact the president's assassination for the cost of a coin. This production will mark the 10th anniversary of the School of Film, Dance and Theatre’s Theatre & Performance of the Americas program.

To rediscover the younger sister she lost to a tragic car accident, Agnes must embark on a quest into deepest, darkest geekdom in this action-packed, ’90s-themed romp through the fantasy world of Dungeons & Dragons. The line between fantasy and reality blurs as Agnes battles her own demons and learns to embrace the unordinary. Appropriate for families and young audiences.

Jack, a shut-in artist who lives on the Lower East Side, is faced with tough choices when his mother unexpectedly passes. Mary is determined to get his work into a gallery with the help of a curator, but their innocent partnership develops into a dangerous dance of exploitation. Splatter paintings are a grisly metaphor in this play about art, abuse and revealing the unseen in this world premiere by ASU MFA playwright John Perovich.

Creativity Herberger Institute for Design and the Arts Arts