Journalist to discuss pursuit of Armstrong in doping scandal

In his first Tour de France win in 1999, Lance Armstrong overcame 2,500 meters of grueling cycling, including 21 hairpin turns at the heights of L’Alpe D’Huez, to launch a hero’s myth.

Pedaled by the athlete, the media and the public for 13 years, those with doubts – and mounting evidence about blood doping – like journalist David Walsh, faced venom from fans, a libel lawsuit by Armstrong and were shunned by peers. 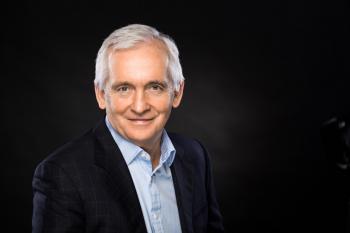 Why didn’t journalism prove more resilient? How were authorities complicit? And why was the public duped until 2012, when Armstrong was exposed as a fraud, officially stripped of his seven wins and banned from the sport for life by the United States Anti-Doping Agency?

Join Walsh, the man who first exposed the Armstrong doping scandal to the world, will tell all at 7 p.m., Oct. 8, at Arizona State University, as he delivers the annual Jonathan and Maxine Marshall Distinguished Lecture, “The Seven Deadly Sins: My Pursuit of Lance Armstrong,” and talks about journalism and costs of truth.

An exclusive one-on-one Q & A session for students will precede the evening lecture at 3:30 p.m., in the Heritage Room of ASU’s University Club. Students can attend with presentation of a college or ASU ID.

David Walsh is an Irish sports journalist, who is chief sports writer of the British newspaper The Sunday Times. He is a four-time Irish Sportswriter of the Year and a three-time U.K. Sportswriter of the Year. Walsh co-authored "L.A. Confidentiel: les secrets de Lance Armstrong" (2004) and also wrote the books "From Lance to Landis: The Inside Story of the American Doping Controversy at the Tour de France" (2007) and "Seven Deadly Sins, My Pursuit of Lance Armstrong" (2012).

The event will take place in the Memorial Union’s Ventana Ballroom on the Tempe campus. Visitor parking is available in the Apache Blvd. parking structure. There are no tickets and no RSVP required. Seating is limited and doors will open for the evening lecture at 6:30 pm.

Arizona State University ranked 71st in the InformationWeek 500 – a list of the most innovative users of information in technology in business.

InformationWeek recently announced its annual ranking of the top 500 most innovative users of information technology in business. Among them, Arizona State University ranked 71, alongside other innovators such as Verizon, GM and Boeing.

ASU was recognized for its innovative eAdvisor effort, a set of applications and processes that delivers information about students’ progress through their academic programs and assists them in making decisions critical to their success. This effort, the brainchild of ASU’s Provost Betty Phillips, has resulted in significant increases in student success. 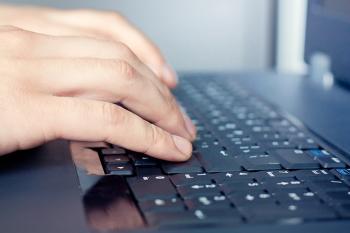 “We are pleased to have our efforts recognized in this way and to stand in the company of so many excellent businesses,” says Gordon Wishon, chief information officer at ASU. “The use of information technology in innovative ways is a key element of our ability to provide a high quality, personalized educational experience at the largest university in the country.”

In addition to ranking 71 overall, ASU is recognized for its innovation in creating student-centric, web-based tools for class registration, online courses and grade monitoring. Leah Lommel, Assistant Vice President of Development for ASU says, “Under the leadership of Provost Phillips, ASU embarked on a journey to find an innovative solution to ‘help’ students in understanding critical course work required for their degree early in their academic experience. Our solution came in the form of the innovative and proprietary suite of applications named eAdvisor®.”

eAdvisor is featured by InformationWeek as one of the “Top 20 ideas to steal in 2013," and as an inspiring story of how technology can improve academic services and student productivity.