Free and open to the public, event takes place on Polytechnic campus in Mesa

Jerry Colangelo, one of Arizona’s most renowned and successful businessmen and sports leaders, will be the featured speaker at Arizona State University’s Polytechnic campus, Jan. 29. 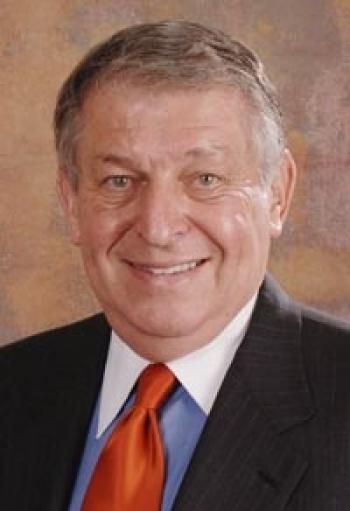 The event, “Leading with Integrity,” takes place from 4 to 5:15 p.m. in the Student Union Cooley Ballroom. It is free and open to the public, and parking is available in Lot 10.

Jointly sponsored by ASU’s office of Educational Outreach and Student Services and College of Technology and Innovation, the event features a talk by Colangelo on the topic of integrity and leadership, followed by an engaging  Q and A facilitated by moderator Gregg Ostro, president and CEO of Phoenix-based Go Media. Colangelo also will entertain questions from the audience.

Colangelo arrived in the Valley of the Sun in 1968 to take over the expansion Phoenix Suns NBA franchise as the youngest general manager in professional sports and guided the Suns to become one of the most successful organizations in the NBA. He brought Major League Baseball to the Valley in 1998 and was chairman of the 2001 World Champion Arizona Diamondbacks, the first major sports championship for Phoenix. Colangelo was the key element in facilitating the move of the NHL’s Winnipeg Jets to the Valley of the Sun to become the Phoenix Coyotes. Colangelo was also on the founding committee for the WNBA, and the Phoenix Mercury were one of the league’s inaugural teams in 1997.

Colangelo was elected to the Naismith Memorial Basketball Hall of Fame in April 2004, was named the NBA’s Executive of the Year four times, and has been recognized by The Sporting News as one of the most powerful people in sports.  Colangelo assembled the coaches and players of the “Redeem Team,” who returned USA Basketball to Olympic glory and claimed the gold medal at the 2008 Games in Beijing.  He is currently Chairman of USA Basketball, and directed the 2012 men’s Olympic Basketball operations that led to another gold medal.

Colangelo’s commitment to the Valley transcends sports and he is well-known as one of the city’s most active community leaders and respected business leaders. In recognition of his efforts in the community, Phoenix mayor Phil Gordon proclaimed March 26, 2004, Jerry Colangelo Day in the city of Phoenix. The Valley of the Sun United Way also bestowed its highest honor, the Spirit of Caring award, to Colangelo on June 30, 2005 for his passion for improving lives in the community, and he was awarded an honorary degree from Arizona State University in 2002.

Born Nov. 20, 1939, Colangelo grew up in the “Hungry Hill” neighborhood of Chicago Heights. Colangelo and his wife, Joan, whom he met on a blind date while at the University of Illinois, have four children: Kathy Holcombe, Kristen Brubaker, Bryan and Mandie Colangelo, and six granddaughters and four grandsons.

College of Technology and Innovation Business

Aimee Leon took up sheep shearing last year as a complement to her study of wool and felting. Now her work has taken an unexpected turn into the study of agriculture.

"Everything I do, I find a background out of it," says the MFA student who took up sheep shearing last year as a complement to her study of wool and felting in ASU’s School of Art intermedia program, within the Herberger Institute for Design and the Arts. 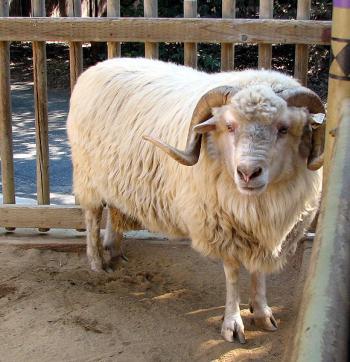 Leon’s study of the oldest fabric in the world – felt – has inspired her to construct 9-foot sculptures and experiment with different wool types, among other things. But when one of her wool providers encouraged her to adopt a sheep's fleece so that she could learn how to process the wool herself – and save some money in the long run – Leon’s graduate work took an unexpected turn.

"She had plenty of sheep, so I adopted one for the fleece. I put my deposit down, received a picture of my adopted sheep in my email one day, and then was invited out to the farm to pick up the fleece," Leon says.

Collecting her fleece at the farm for the first time, Leon says that she was overwhelmed by a flood of memories from her childhood – when she spent many of her summer days with her half-Swedish family on a northern Minnesota sheep farm.

“I started remembering all this stuff from my family – the animals, the smells. My grandmother had taught me to sew so I could make my own clothes.”

At that moment, Leon knew she wanted to do more than collect the fleece – she wanted to learn how to shear. The shearer told Leon to come back the next day if she was serious.

“I came back the next day and we sheared 26 alpacas.”

The physical intensity required to wrangle and then shear a sheep did not discourage Leon, who as a teenager joined the Navy and built loaded bombs on a naval aircraft carrier, and now, as an artist sees the process of procuring the wool and engaging with the animal from which it originates as essential to her art.

“It’s physically intensive to manage a huge animal. And it’s not very glamorous,” she says.

Now a certified sheep shearer, Leon has gone to shearing school and taken all the required classes so that when shearing season comes around – March through June and October – her skills will be in demand. And the money isn’t bad either – shearers can easily earn $35-50 an hour – but Leon is quick to note that’s not why she does it.

Leon is interested in the cultural history of sheep – as layered as the fabric the animal produces, she says. As part of her MFA degree, she is examining how agricultural practices surrounding sheep have shifted throughout the centuries depending on who’s in power.

“When I started working with the sheep, I started to think about the layers below – how have sheep been treated and seen throughout history. Every single culture on the planet has some sort of felt, and it’s interesting to trace how these agricultural practices behind the fabric have evolved.”

For example, Leon says, the Navajo-Churro sheep is the oldest breed of sheep in the United States and "the Navajos treated sheep as though they were part of the family.”

As more agricultural land was taken from Navajo communities, Leon says, the majority of the sheep were killed as a result, and by the 1960s only 400 Navajo-Churros remained – leaving Navajos with very little to support their sheep industry.

Leon says stories like these make agriculture a rich field of study, and figuring out how to blend these cultural, colonial and environmental histories into her art – the very wool she has procured – currently is driving the work she is doing.

Herberger Institute for Design and the Arts Arts Student