In the Maya city of Copán lies a crypt holding the remains of 16 jaguars and pumas. By analyzing the chemicals in their bones, scientists have revealed that the Maya raised the fearsome predators in captivity and fed them domesticated, corn-fed animals.

Kelly Knudson, a professor in ASU’s School of Human Evolution and Social Change, commented that the study gives a new perspective on the relationship between ancient societies and animals. 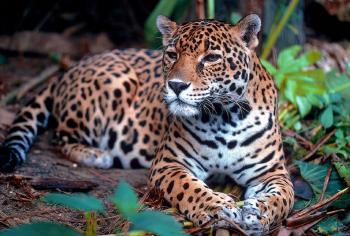 “We think of zoos and captive animals as a very modern thing, and also tend to think that animals in the past are merely food sources or beasts of burden. This study helps us rethink both of these assumptions,” she said.

In addition, the study’s lead author, Nawa Sugiyama, an alumnus of the school, argued that new developments in isotope analysis were a crucial factor in her discovery.

“I would never have been able to look at the Copán material and known that (the jaguars) were captive. … Chemically, though, it’s a very different ball game,” she said.