Moore, who has previously coached at UMass, Boston College, Miami (Fla.) and Nevada, will be bringing 18 years of collegiate coaching experience to the Sun Devil staff.

"I'm extremely excited about the opportunity to work with one of the nation's top programs," said Moore, who will serve as ASU's recruiting coordinator. "Since my first conversation with Charli, I knew she was someone who I wanted to work with. She is a very sincere and honest person, who cares deeply about her players and staff.

"Everything you need to achieve a high level of success is in place here - outstanding leadership and support staff, top-notch facilities and a group of people who are committed to doing their best every day."

"Our program definitely got better today with the addition of Jackie Moore to our coaching staff," said Turner Thorne. "Jackie is a great teacher on the floor, who brings a diverse background of experience that will take our recruiting efforts to the next level. While her proven track record speaks for itself, what really stands out about Jackie is her incredible character and enthusiasm and the passion she has for developing student-athletes not only on the basketball court, but in the classroom and in the community. "

Moore will be returning to the coaching ranks after spending the last three years as a member of Walmart's store operations management team.

"I really missed being around the players and in the gym during my time away from coaching," said Moore. "I missed the relationships and the development of turning student-athletes into future leaders. I had other offers to return to coaching the last few years, but getting to work with a program like ASU's is what I had been waiting for and I'm extremely grateful and humbled for this opportunity. I am thrilled to be able to work with Charli and [ASU associate head coaches] Meg Sanders and Amanda Levens."

Moore's most recent coaching stop was at the University of Nevada, where she was an assistant coach for three seasons (2005-08). During her time at Nevada, where she served as recruiting coordinator, the Wolf Pack had unprecedented success as it made its first postseason appearance in school history in 2006-07.

Prior to joining Nevada, Moore spent two seasons as an assistant coach at Miami (Fla.) where she served as the co-recruiting coordinator, organized scouting and developed perimeter players in helping the Hurricanes reach the NCAA Tournament in 2004.

In 2002-03, Moore served on a coaching staff that helped guide Boston College to its first NCAA Sweet 16 appearance in school history as it finished the season with a 22-9 record.

Prior to her stint at BC, Moore spent three years as an assistant coach at the University of Massachusetts. With the Minutewomen, she was responsible for the team's recruitment of prospective student-athletes, scheduling and scouting opponents and supervision of the team's pre- and post-season conditioning programs.

For six seasons (1993-99), Moore was the head coach at Santa Fe Community College in Gainesville, Fla.

Moore began her coaching career at her alma mater, Armstrong State College in Savannah, Ga., where she was an assistant for two seasons.

A four-year starter at guard - two years at Santa Fe CC and two years at Armstrong State - Moore earned her B.A. in Psychology from Armstrong State in 1991. The Panama City, Fla., native added a master's degree in Health Science from Georgia Southern University in 1993.

The W. P. Carey School of Business at ASU is offering a program to help small business owners and executives learn how to improve efficiency, streamline operations and raise profits.

Small businesses play a key role in our economic recovery, creating jobs to help get our community back on track. The W. P. Carey School of Business at Arizona State University is offering a program to help small business owners and executives learn how to improve efficiency, streamline operations and raise profits. The fifth annual Small Business Leadership Academy is available to the leaders of small and diverse local businesses.

“We’ve had phenomenal feedback from business owners who attended the academy over the past several years,” said Dawn Feldman, executive director of the W. P. Carey School of Business Center for Executive and Professional Development, which hosts the program. “Classes are held just one night per week, so they fit right into busy executives’ schedules, and they’re taught by top professors from the highly ranked W. P. Carey School. Participants not only take away great business knowledge, but also a new support network of peers that will exist long after the program is over.” 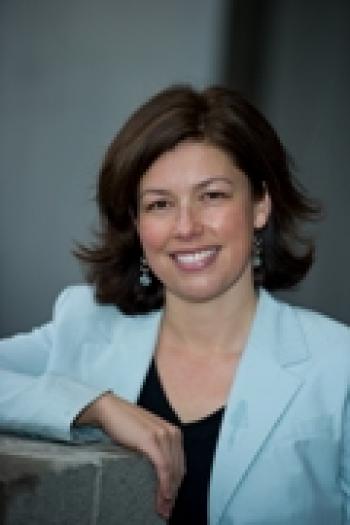 Salt River Project (SRP), the program’s founding co-sponsor, is offering a number of scholarships to its current suppliers and small business customers.

“The academy offers an outstanding opportunity for small business owners to gain knowledge from highly acclaimed professors and establish lasting relationships with other community small business owners, all in a well-structured academic, but practical environment,” said Carrie Young, senior director, corporate operations services for SRP. “The partnership we have with ASU, coupled with the sponsorship and scholarships we offer to the academy, is a natural fit for SRP in supporting economic development within our own community.”

As part of a larger partnership with ASU focused on small business support, JPMorgan Chase is also joining as a top sponsor, providing 15 scholarships to the academy.

“As Arizona’s number one SBA lender, we know how important small businesses are to our economy,” said Joe Stewart, chairman and CEO of JPMorgan Chase in Arizona. “Entrepreneurs who participate in the Small Business Leadership Academy will get the best of ASU in a format that fits their busy schedules.”

The 10-week academy will run on Wednesday nights from Aug. 29 to Nov. 14. The curriculum will cover business strategy, team-building, negotiations, procurement and competition through service offerings. Program applications are due July 13.

Participants must come from companies that have:

Applicants must be able to attend all scheduled classes and related activities. Those who complete the program will receive four Continuing Education Units (CEUs) from Arizona State University. These units are widely used as a measure of participation in non-credit, professional development courses.

For more information about sponsoring a scholarship or applying to the program offered through the nationally ranked W. P. Carey School of Business, call (480) 965-7579, e-mail wpcarey.execed@asu.edu or visit www.wpcarey.asu.edu/sbla. Current SRP vendors can also contact Art Oros, SRP procurement services manager, for information about this year’s SRP scholarships at (602) 236-8773 or Art.Oros@srpnet.com.